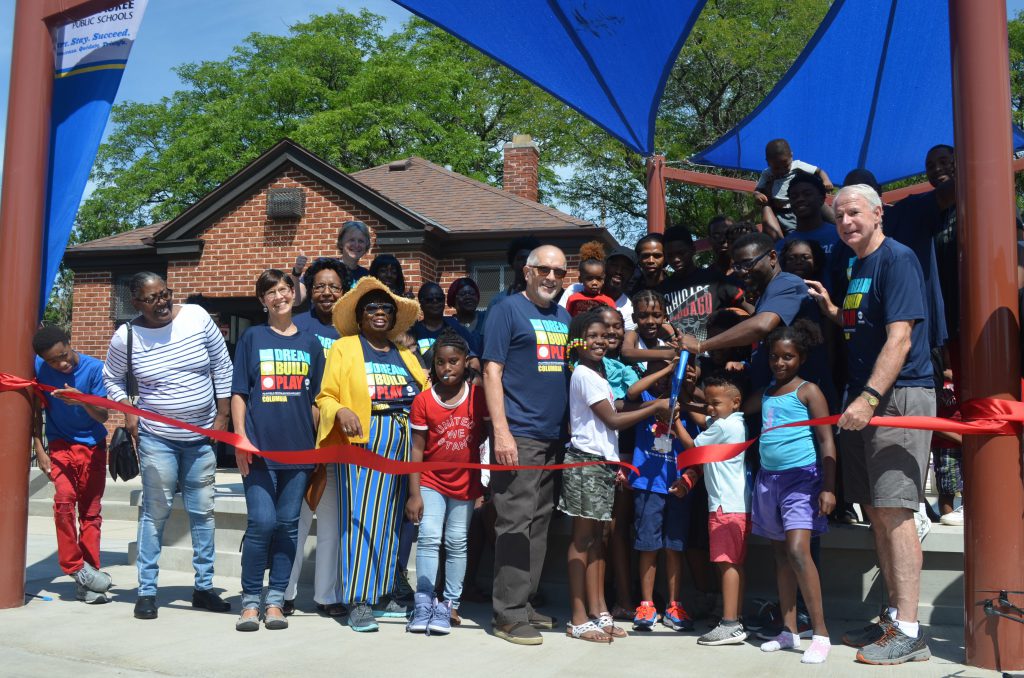 Columbia Playfield reopened Saturday as children flocked to try out all the new play structures and activities.

Mayor Tom Barrett said at Saturday’s ribbon-cutting ceremony that improvements to the park are overdue, as residents told him it’s been about 60 years since the park has seen any kind of change. Back then the park was mostly asphalt, as seen by a photo of the park before construction began which was shown during the ceremony as well as a photo shared on Milwaukee Recreation’s website.

“We have to be a city where every kid can have fun in the summer,” said Barrett.

Milwaukee has 52 active use playfields taking up a total of 300 acres of space under the jurisdiction of Milwaukee Recreation, a department of Milwaukee Public Schools. Many of them were built in the 1920s and 1930s, according to a press release from the department.

In 2014, a consultant retained by Milwaukee Recreation reviewed the existing playfields and set up a roadmap for improvements known as the Outdoor Recreation Facilities Master Plan, according to the department. The plan rated 65 percent of the facilities as fair to poor and in need of $25 million to fix the parks over a period of 10 years.

Greb said that Columbia Playfield was one of the first parks they chose to improve. They had about eight different criteria for rating a playfield, including its physical condition, how many children lived within a one mile radius of it and the poverty level and crime rate of the neighborhood it was in. They rated each of their parks according to those criteria to make sure they were putting their resources where they are needed most. Columbia made it into the top ten of parks in need of improvements.

Greb said that prior to construction on the park, Milwaukee Recreation asked the surrounding community members from residents to children what things they wanted to have in it. The splash pad was high on the list along with a new play structure, a walking path and more places to play basketball.

When asked how parks like Columbia create equity in a neighborhood, Greb said that it “levels the playing field.”

“It puts people in a neighborhood that maybe isn’t always on the top of the list for things and it puts them closer in terms of equity – at least in this case – as it relates to recreation,” she said.

Greb said that the key to a successful placemaking initiative is programming.

“We’ve been in business since 1911 doing recreation for the city of Milwaukee, and we staff this facility with play leaders that engage young people and adults,” said Greb. “And when there’s something to give people to do like when there’s purposeful play, I think people are more invested in the space and there’s more activity at the site and people care more about it. They consider it their own and they’re going to look out for it.”

“This is a park for everyone,” said MPS Superintendent Dr. Keith Posley. “No matter what age you may be, you can still find a spot. I found a spot right over in the center of the [basketball] court, and I could not believe because I was just in awe of the beauty that we’re able to see in this great community.”

See all the beauty in our photos: 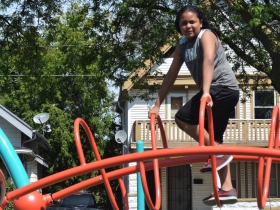 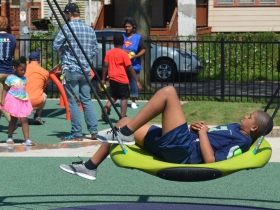 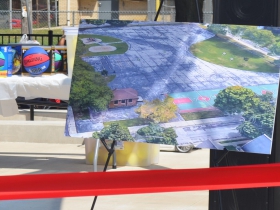 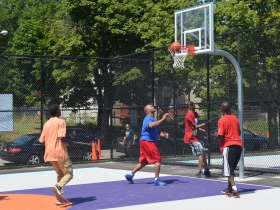 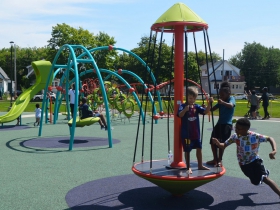 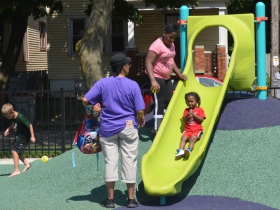