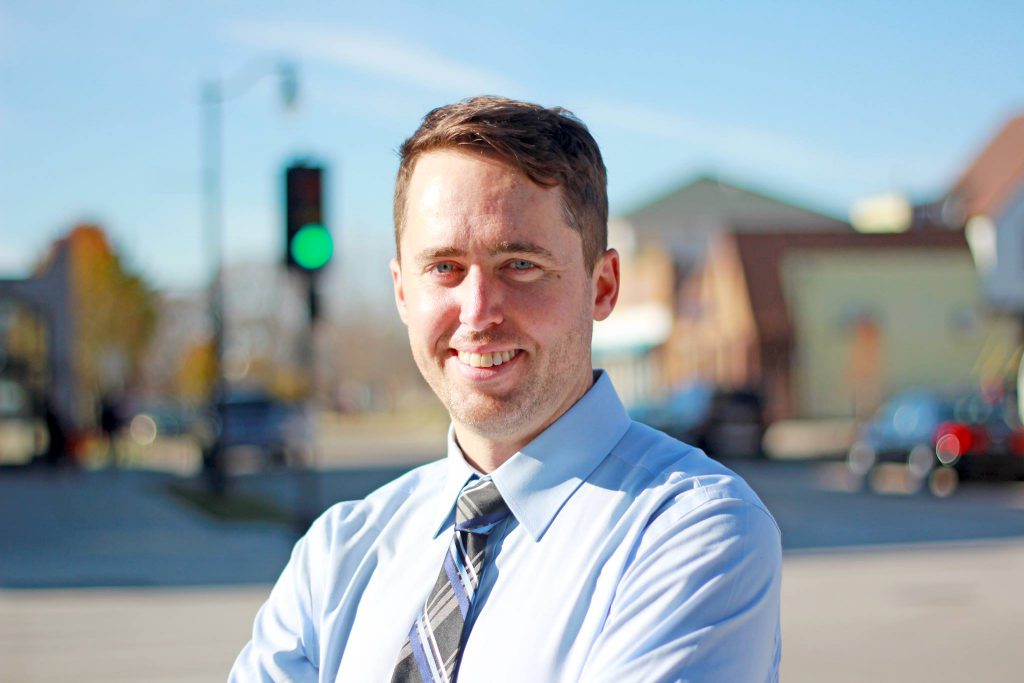 Davies, an attorney and avid cyclist, has worked for the system since 2014. Since January 2017 he’s held the title of “senior director of operations and planning.”  The 35-year-old served as a top lieutenant to both Sheperdson and launch director Kevin Hardman.

“The Bublr Board of Directors sees an opportunity to have a big influence on micro-mobility in the Greater Milwaukee area and are thrilled to have James lead us into our next stage of growth,” said Bublr board president and Journey House CEO Michele Bria in a statement. “We are excited about this appointment and look forward to working with James.”

Davies takes the helm as the 88-station, 700-bike system plots expansion while also considering how to position itself against electric scooters and other mobility options. Over 90,000 trips were taken on its bikes in 2018. A 26-station expansion, funded with a federal grant, is planned within the City of Milwaukee for 2020.

Davies takes the helm of a system that has brought a number of innovations to the dock-based bike sharing community. Bublr unveiled adaptive bikes for those with disabilities earlier this week that integrate directly with the system’s docks. The pilot is the first of its kind in the country.

The system launched a partnership in 2017 with Milwaukee County Transit System known as “Buslr” that created a shared card for use boarding a bus or unlocking a bike. Davies, who worked with MCTS on the initiative, told Urban Milwaukee at the time that Los Angeles invested thousands of dollars creating an interoperable card to integrate its systems. Bublr and MCTS came up with a far simpler solution: putting a sticker on the rear of existing MCTS M-Cards.

Bublr Bikes also was a pioneer in providing significantly reduced price memberships to low-income residents of the Housing Authority of the City of Milwaukee.

The system, which uses B-Cycle bikes from Wisconsin-based Trek, has also begun adding e-bikes that feature an electric motor to provide additional power.

Davies, a South Milwaukee resident, ran for an open seat on the Milwaukee County Board of Supervisors in 2018, but was defeated by Steven Shea in the general election.

Sheperdson, a fundraising veteran, has not announced what she plans to do next. For more on her role with the bike-sharing system, listen to her May appearance on Urban Milwaukee’s City Beat podcast.

According to the organization’s 2017 tax filing, the last for which a public federal Form 990 is available, Davies and Sheperdson earned similar salaries.

One thought on “Transportation: James Davies Will Lead Bublr Bikes”