County transit system and Bublr create new pass for both a bus and bike ride. 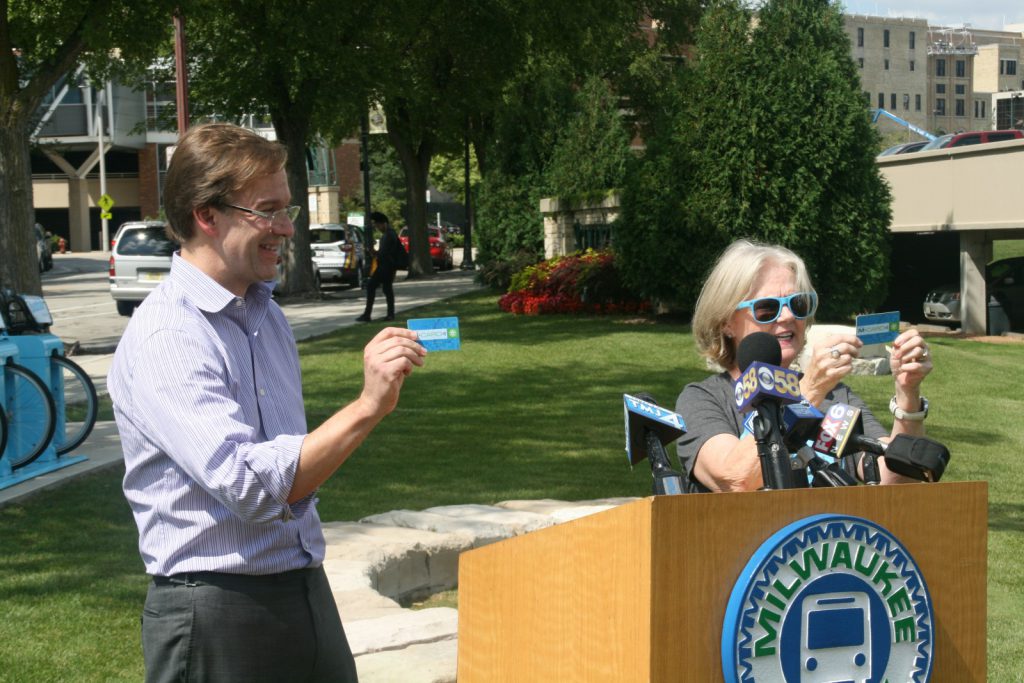 “This just makes the intersection between taking the bus and taking Bublr that much more convenient.”

Those were the words of Milwaukee County Executive Chris Abele as he unveiled the partnership between the county-owned Milwaukee County Transit System and non-profit Bublr Bikes bike sharing system. The partnership makes Milwaukee the second city in the country to allow riders to use their transit pass to check out a bike from a bike sharing system, using a new “Buslr” pass. Got that? — no e in either Bublr or Buslr.

The partnership replaces the key fob used by Bublr members to unlock bikes with a sticker that can be affixed to the back of a credit-card-sized MCTS fare card. While the payment systems between Bublr and MCTS are incompatible, the two organizations found a chip that doesn’t interfere with the reloadable MCTS M-CARD and had it installed in a sticker. Riders will be able to wave their card over the farebox to get on the bus, and then wave the same card over a bicycle dock to check out a bicycle.

The stickers are available through Bublr Bikes, which is running a promotion for a $80 unlimited ride annual membership (20 percent off the regular price). Users of a Buslr card will still need to have an active account with Bublr Bikes (annual pass only at this time) and have pre-loaded their M-CARD (monthly, weekly, daily or stored value) for the card to function with each respective system.

Bublr Bikes executive director Sally Sheperdson also praised the deal, noting “whether you use Bublr to get you the first mile or you use Bublr to get you the last mile, the Buslr will work perfect for you.” Sheperdson told Urban Milwaukee that 80 percent of Bublr stations are adjacent to an MCTS bus stop. An existing partnership between the two organizations has the annunciator system on MCTS buses announce nearby bike sharing docks.

Bublr Bikes senior director of operations and planning James Davies told Urban Milwaukee that while Los Angeles invested thousands of dollars in getting an interoperable fare card up and running, the only thing required to do so in Milwaukee has been staff time to identify the technology and work out any bugs.

Bublr is poised to undergo a major expansion in the coming month, going from 59 to 85 stations with a stretch goal of reaching 100 stations by the end of 2017. The bulk of that expansion will happen in Shorewood, West Allis and Wauwatosa where public grants are supporting the installation of a number of docks. Bublr employees are also in the process of assembling an additional 260 bikes to join the 491 bikes already in service. Bublr has provided 64,000 trips this year, putting them on pace to crush their 2016 record ridership of 72,000 trips. The bikes and docking stations are products of Wisconsin-based Trek Bicycles.

MCTS currently operates a fleet of 410 buses, providing an average of 150,000 daily rides. 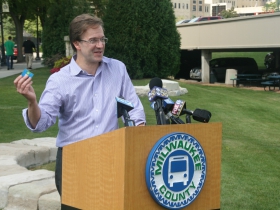 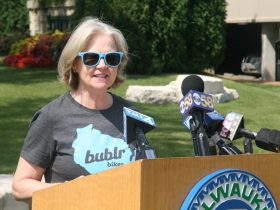 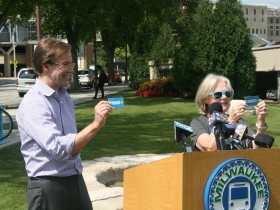 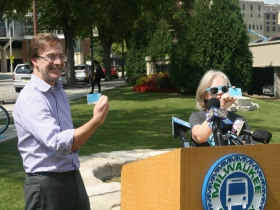 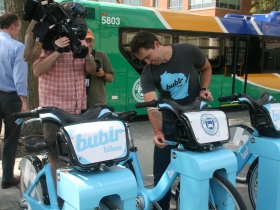 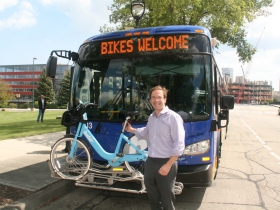