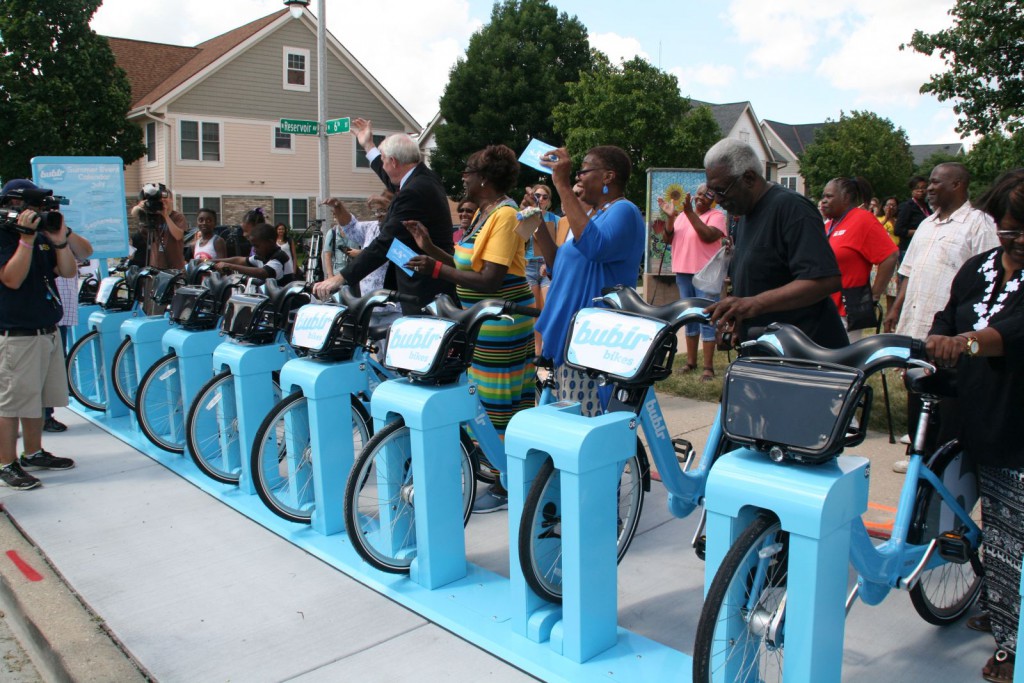 A ceremonial docking at the new Bublr Bikes station.

“This is all about bringing this community together,” proclaimed Mayor Tom Barrett this morning at a press conferencing announcing an innovative, new public-private partnership. A $64,000 grant from national organization Better Bike Share Partnership will allow the non-profit Bublr Bikes to work to provide universal access to bike sharing. Bublr was awarded the grant in partnership with the Housing Authority of the City of Milwaukee (HACM) and DreamBikes. Besides simply installing stations outside public housing facilities, the organizations will provide assistance, encouragement and special events to promote the use of bike share as an efficient mobility option.

Bublr announced the grant today at the ceremonial opening of a new station at N. 6th St. and W. Reservoir Ave. The station is located in front of HACM’s Lapham Park senior housing facility at 1901 N. 6th St. and just across the street from HACM’s Townhomes at Carver Park. As part of the program, Bublr will hire resident bike ambassadors to conduct neighborhood rides and demonstrate the system to fellow residents. Bublr will also promote using the system as part of one’s daily routine, as well as identifying and designing strategies to overcome barriers to use. The real coup for HACM residents is the 90 percent reduced annual pass, $8 for unlimited rides for the whole year.

Bublr, which currently requires a credit card to use, has also created a cash-purchase option to make the system more accessible. According to Bublr president Kevin Hardman, Bublr will be “one of the first systems in the country that have this option,” and will work to make the cash option available to all riders.

A number of HACM residents were were presented with their new, annual passes at the ceremony. According to Hardman, 16 HACM residents have signed up in the past two days. The new station will be attractive to more than HACM residents though, as HACM executive director and press conference emcee Tony Perez quickly proved when he grabbed a bicycle for a quick lap around the block shortly after the festivities concluded. Perez had reason to celebrate: HACM is the only housing authority to have received one of the competitively awarded grants.

The new station is the second at a HACM facility. The first, installed last fall, can be found a few blocks to the south at Hillside Terrace.

Promoting equity in bike sharing is not a challenge or goal unique to Milwaukee; systems nationwide are recognizing the need. Chicago transportation writer John Greenfield even authored a piece “Bike Share, Not White Share” before the launch of Chicago’s massive system, and Streetsblog editor Angie Schmitt took on the issue in 2012 in her column “Why isn’t Bike-Sharing Reaching More Low Income People.” 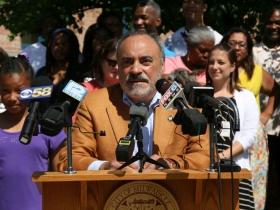 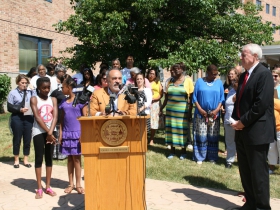 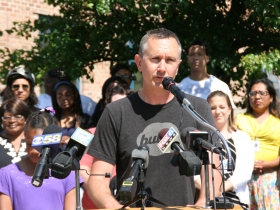 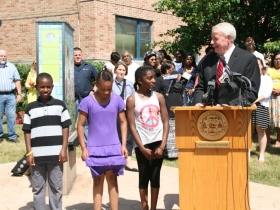 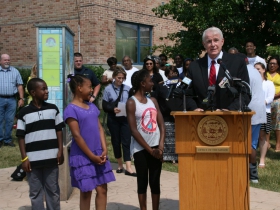 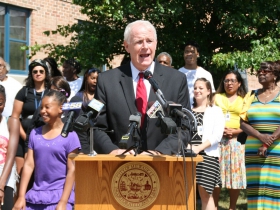 “Our goal is to add another eight to 10 stations within city limits by the end of summer,” said the city’s bicycle and pedestrian coordinator Kristin Bennett. For a sense of where those stations will be, see our February article that lists 32 stations that Bublr and the city are working together to  install. According to the mayor, the goal is to have 58 stations in operation by the end of this year.

Bublr is also on track for expansion outside the city, with the first suburban stations getting closer to reality. The Wauwatosa Common Council approved an agreement Wednesday to support bringing the system to the inner-ring suburb. Wauwatosa, along with West Allis and Shorewood, received federal grants in 2014 to support expansion of the system to their communities.

The emerging bike sharing system has lately been on a roll. Over the Independence Day weekend, the system recorded its highest three-day trip count on record. The trip count for July 2016 already exceeds every month of 2015 but one. And the system recorded 9,364 trips in June 2016, compared to 5,051 in all of 2014. One thing is clear: adding more stations generates exponentially more trips. See more on the system’s real time statistics page.

Bike sharing now exists in 75 U.S. cities, as an easy way to get riders from point to point. System bicycles can be checked out from docking stations using a credit card or membership fob.  Unlike traditional bike rentals, all trips start and stop at a docking station. It gives riders the benefit of a bike at their disposal without the need to buy, maintain or store one. A single 30-minute ride costs $3 ($3 for each additional 30 minutes) or a month-long membership of unlimited 60 minute rides costs $15. The system pairs well with existing and planned transit options like the bus system or streetcar by providing another mobility option, allowing riders to choose the mode that bests fits their need.

When riding a Bublr Bike, we shamelessly encourage you to ride an Urban Milwaukee branded bike.

6 thoughts on “Eyes on Milwaukee: Bike Sharing for Low-Income Riders”