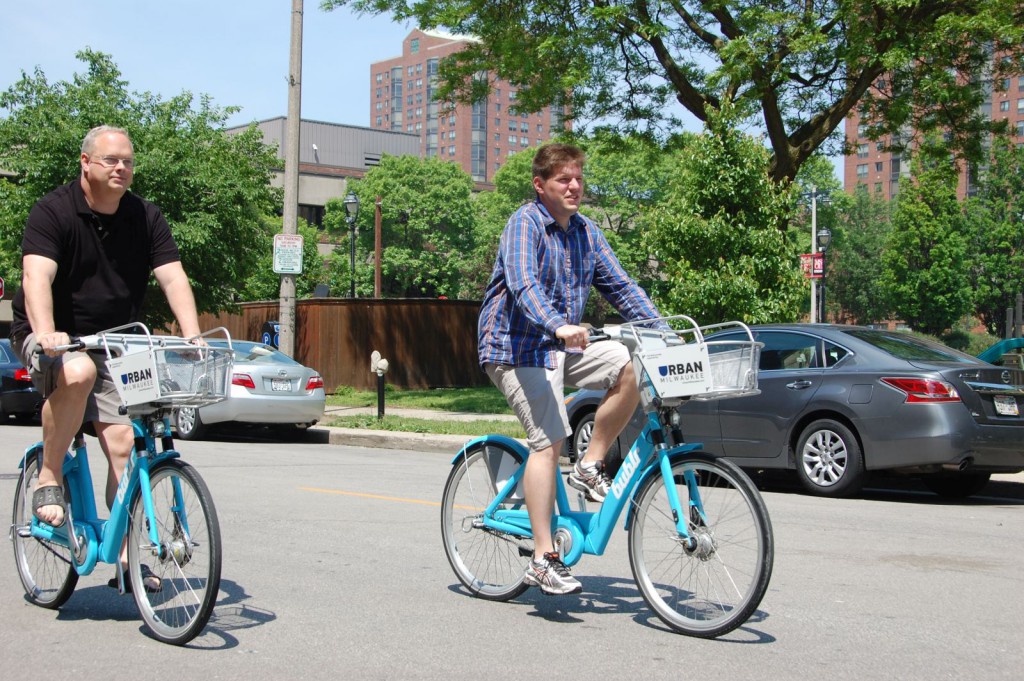 Bublr Bikes launched in 2014 with 10 stations and added 18 more in 2015. An on-going expansion effort stretching into next year will roughly double the size of the system by adding up-to 40 more stations in partnership with the cities of Milwaukee, Wauwatosa, West Allis and the Village of Shorewood. The network today includes 40 stations and 350 bikes. The system, which is operated by a non-profit, has a goal to eventually reach 100 stations and 1,000 bicycles. 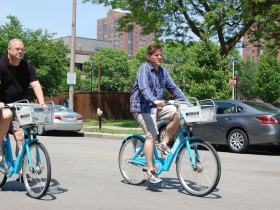 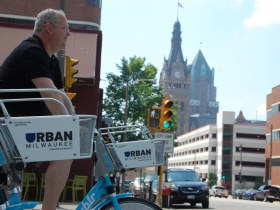 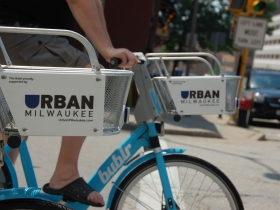 Bike sharing now exists in 75 U.S. cities, as an easy way to get riders from point to point. System bicycles can be checked out from docking stations using a credit card or membership fob.  Unlike traditional bike rentals, all trips start and stop at a docking station. It gives riders the benefit of a bike at their disposal without the need to buy, maintain or store one.

A single 30-minute ride costs $3 ($3 for each additional 30 minutes), while a month-long membership that includes unlimited 60-minute rides costs $15 ($80 annually). Starting this year Bublr also added a pay-as-you-go pass that allows riders that pre-purchase a fob to get 30 minutes usage for $2 each. The pay-as-you-go pass makes it easier to quickly grab a bike and go (at a discount) while avoiding the need for a long-term financial commitment.

The system pairs well with existing and planned transit options like the bus system or streetcar by providing another mobility option, allowing riders to choose the mode that bests fits their need.

Purchase a pay-as-you-go pass, see a station map or learn more on the Bublr Bikes website.

Planning to come to Urban Milwaukee’s June 28th anniversary party with Tom Barrett? Save $10 by snagging a photo of yourself riding an Urban Milwaukee branded Bublr Bike. Simply share the photo on Twitter (mention @UrbanMilwaukee) or post it to our Facebook page. The first 10 people to do so will receive $10 off the $25 cost, which includes an open bar (tap beers, house wine and rail drinks) and appetizers at the Newsroom Pub.