See inside Milwaukee's newest grocery store, with the "spirit of a farmer's market." 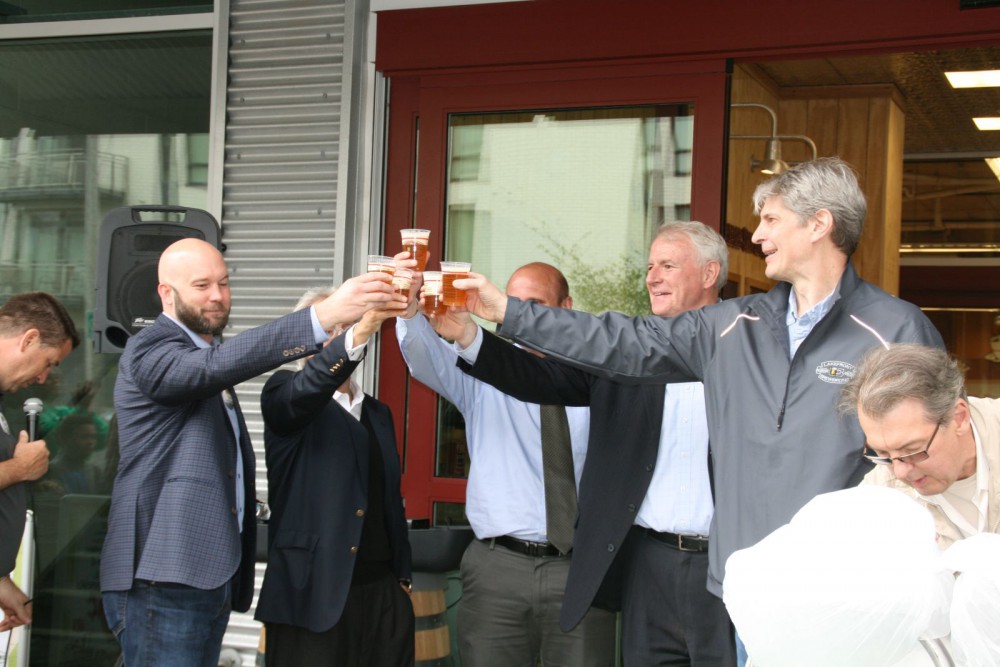 Beer instead of a ribbon cutting?

The Fresh Thyme Farmers Market grocery store on Milwaukee’s Lower East Side opened Tuesday afternoon with a Brew City-twist on the traditional ribbon cutting. Instead of Mayor Tom Barrett yielding the silver scissors, brothers Russ and Jim Klisch tapped a specially-brewed keg of Lakefront Brewery to mark the occasion.

Fresh Thyme bills itself as having “the spirit of a farmers market, the convenience of a neighborhood store and the nutritious offerings of a natural food marketplace.” What that means is a grocery store that’s a clear cut above your run-of-the-mill super markets and positioned to compete with Whole Foods and Trader Joes. Immediately noticeable when you walk in the doors is an extensive produce department as well as plenty of freshly-made deli foods.

The approximately 200 people in attendance for the “ribbon cutting” ceremony were treated to a series of short speeches before they were able to enter the store. First among them was Fresh Thyme CEO and Milwaukee native Chris Sherrell. The store is the 39th for his firm, and the first of six planned to open in Wisconsin in the next 18 months. Shortly after proclaiming “this store is awesome” and applauding the 110 store employees awaiting their first day of work, Sherrell turned the microphone over to project developer Barry Mandel of the Mandel Group.

Mandel had much to celebrate on the day. The real estate developer stated that “this has been a great journey and will be one of the finest neighborhoods in Milwaukee.” What neighborhood is that? The North End. The opening of the 29,500 square-feet grocery store, 470 E. Pleasant St., marks another step in the long, 15-year redevelopment of the former Pfister & Vogel Tannery. Mandel originally acquired the former tannery in 2001 and has since built over 400 apartment units on the multi-block site, with over 200 more on the way. The project’s latest phase, dubbed Aperture, includes the new grocery store on the first-floor, the first mixed-use project in the Fresh Thyme chain. Mandel smiled when he announced that the 168-unit, $53 million Aperture is already 50 percent leased and hopes to reach 60 percent by the time the remaining apartments are finished in the next month.

“What’s so magical is we are witnessing this city reinventing itself,” Barrett proclaimed, saluting the positive momentum The North End has instilled in the area. He added that “if you’re going to have a neighborhood you have to have a great place to get food.” The neighborhood’s alderman Nik Kovac praised Mandel’s efforts to build a true neighborhood with The North End, stating “we don’t want this stretch of N. Water St. to just be a bedroom community.”

A number of grand opening sales are in effect at Fresh Thyme, which opened to the public on Wednesday morning. A new Bublr Bikes station is located just outside the store’s front door, as well as ample underground parking. Those arriving on foot will find the store’s front door in a very pedestrian-friendly location near the intersection of N. Water and E. Pleasant streets. 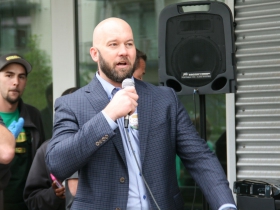 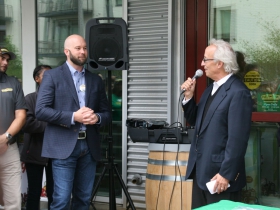 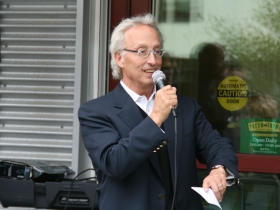 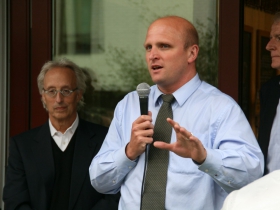 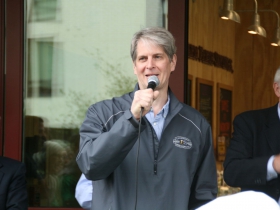 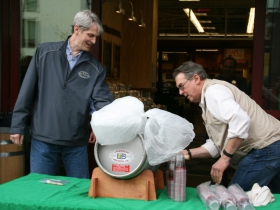 A tour of the model unit and common-area amenities at the attached apartments was offered to event attendees. For more background on that project, see my February project tour.

Close observers will note that this isn’t the first time Mandel has built a new neighborhood on the north side of Downtown. The Mandel Group developed the East Pointe Marketplace, complete with a Pick ‘n’ Save grocery store, and a number of apartment and condominium developments  just up the hill along E. Lyon St and E. Ogden Ave. in the early 1990s. The real estate firm, which has since sold many of the properties in that corridor, is planning the capstone to the project, Portfolio, a 24-story tower at the intersection of E. Ogden and N. Prospect avenues. 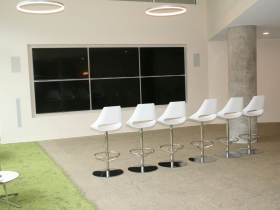 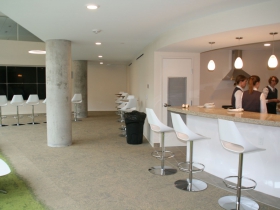 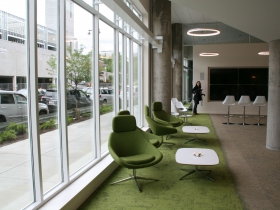 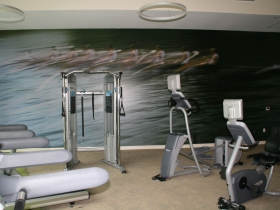 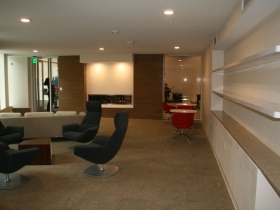 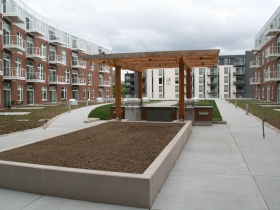