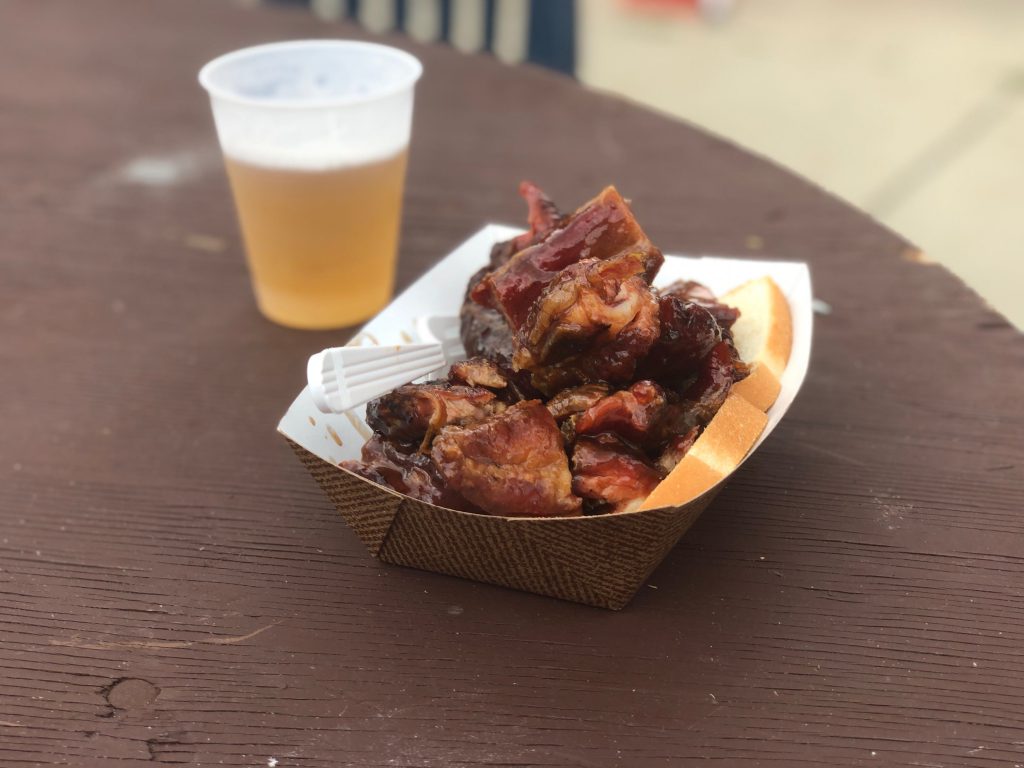 Rib tips from Garfield’s 502 at the Garfield Avenue Festival. Photo by Jeramey Jannene.

The festival was first organized by Andre Lee Ellis as a way to highlight local artists and musicians. It’s stayed true to those roots with four stages spread out along Garfield.

Located at the meeting point of the city’s Halyard Park, Bronzeville, Brewers’ Hill, Hillside and Harambee neighborhoods, the festival draws from far beyond those borders.

Unlike many other Milwaukee street festivals, the festival has a relaxed atmosphere. W. Garfield Ave. is the northern border of the Halyard Park neighborhood, which is made up of essentially suburban-style homes. The big driveways and deep setbacks of those homes help create a welcoming environment for people to just plop down on some lawn chairs and hang out all day. It’s impossible to imagine a similar thing happening at the Brady Street or Locust Street festivals, where the feeling is more crowded and hectic.

Off-and-on rain showers dampened moods for a bit, but also served to lessen the stifling heat. Our photos capture the event shortly before the first storm rolled through.

And while you can safely mark your calendar for the third Saturday in July next year, things could look a bit different. A $100 million proposal to redevelop the former Schuster’s department store on the festival’s eastern end could be underway, as could construction on something to replace the vacant lot on the festival’s western edge. 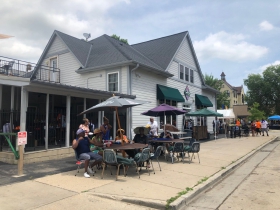 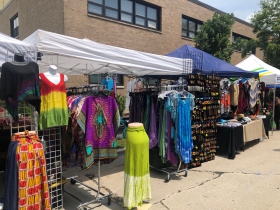 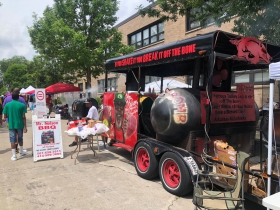 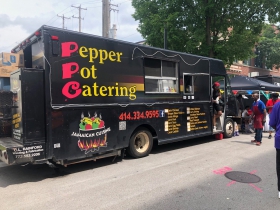 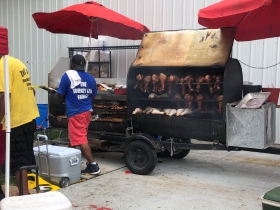 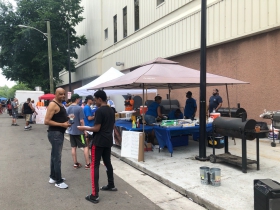