Newberry Boulevard has style, charm and park in the middle. 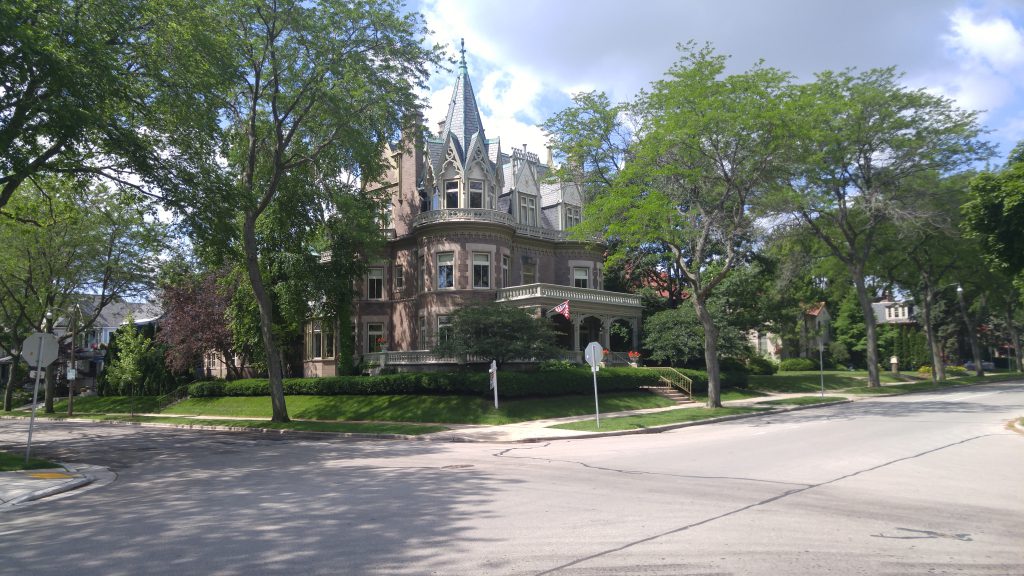 A home on E Newberry Blvd. Photo by Carl Baehr.

What is the connection between a body stored in a rum barrel on a ship in the Atlantic Ocean and one of Milwaukee’s most fashionable streets? The answer is Walter Loomis Newberry – his body was in the barrel and his name is on the street signs on Newberry Boulevard.

In 1994, the street was listed on the National Register of Historical Places due to the variety and grandeur of its residential architectural. And in 2009, Newberry Boulevard was named a “Great Street” by the American Planning Association, the only street in Wisconsin to achieve that designation.

Walter Newberry was born in Connecticut in 1804. His migration westward followed a typical pattern for the time period – from Buffalo, New York in 1822, to Detroit, Michigan in 1826, and then Chicago, Illinois in 1833. He joined a syndicate that invested in thousands of acres of land in Wisconsin, including Milwaukee and Green Bay. Later, he became a banker and the president of the first railroad constructed from Chicago called the Galena and Chicago Union Railroad. 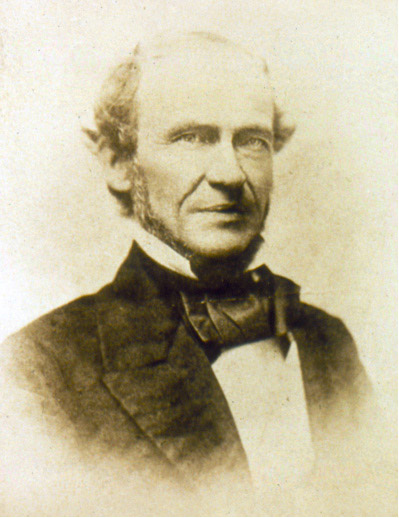 Walter Loomis Newberry. Photo is in the Public Domain.

In 1868, shortly after the American Civil War, Walter Newberry journeyed to France to meet his family in Paris on the vessel Periere. He died aboard the ship and became a prime candidate for burial at sea, but the ship’s captain was talked into saving the rich man’s body for interment in Chicago. Apparently, a rum barrel was considered better at preserving a body than a casket would be, so his body was stuffed into one. Perhaps the empty barrel was more airtight than a coffin, or as some claim, it was not empty and the rum better preserved the corpse. At any rate, the cadaver made it back to the Windy City where it was embalmed and buried in Graceland Cemetery in a more typical container.

In 1887, Newberry received two posthumous honors, one in Chicago and one in Milwaukee. After several years of litigation, his estate provided $3 million for the construction of the Newberry Library in Chicago. Newberry’s original intent was to provide a public library in Chicago, but because so many years had passed,  the city had already built a public library. So instead, the Newberry Library was open to the public and had a narrower focus, specializing in the humanities with materials that could not be removed from the library.

Meanwhile, in Milwaukee, the rapidly expanding city needed more public green space than what was provided by the small squares and triangles that served as its public parks. As the issue was gaining momentum, four subdivisions planned by developers were platted along Newberry Street. The city stepped in and required that Newberry not be a typical, 66-foot-wide street, but that it be 150 feet wide and incorporated into the city parks plan for the community. In 1897, it was renamed Newberry Boulevard.

It became not only a connector between the Frederick Law Olmsted-inspired Lake Park and Riverside Park, but also a 12-block long, narrow park itself, with its 54-foot-wide grassy median.  Suitable in its early days for horseback riding and today for throwing baseballs, footballs, frisbees or snowballs; the shady, tree-lined median provides relief on a hot summer day.

In the eastern section of Newberry Boulevard, more trees shade the street and sidewalks that pass the unusually large lots holding huge and architecturally interesting homes. As the boulevard runs downhill toward Oakland Avenue and Riverside Park, the homes are smaller, but still relatively large and handsome. There are many excellent examples of early 20th-century home styles like Bungalow, Prairie, Mediterranean, Colonial and Tudor Revival on the stylish street stretching just eight tenths of a mile. 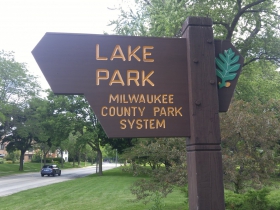 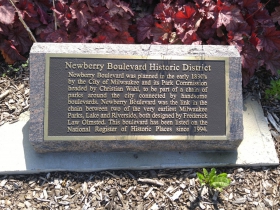 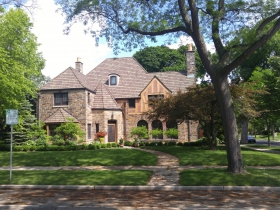 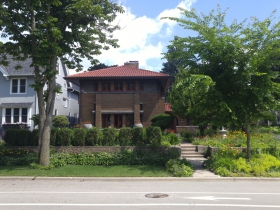 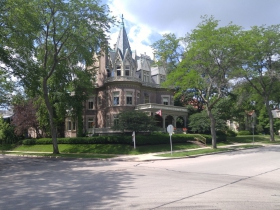 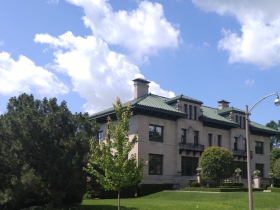