The Return of La Cage 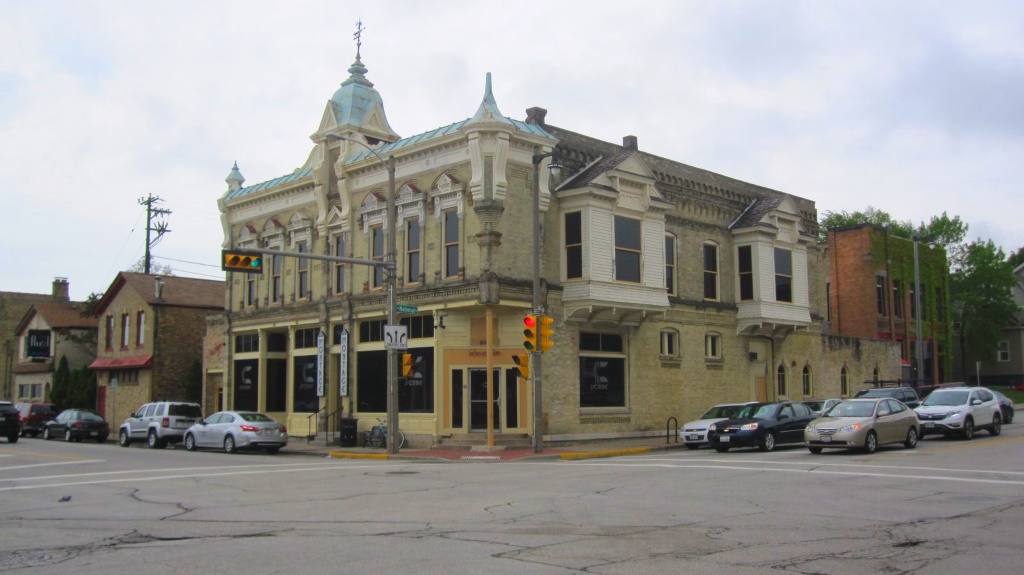 La Cage, which was known as LVL (801 S. 2nd St.) this past year, reopens on July 5 and 6. The establishment, which has been a prominent LGBTQ+ bar and nightclub for 35 years, was rebranded in January 2018 by original owners George Prentice and Corey Grubb. Now, the two will return the club to its original name and concept following feedback from the community. The BizTimes Maredithe Meyer reports:

Those changes came in response to a major downturn in the bar’s management and reputation with the city. However, La Cage’s new identity didn’t sit well with the clientele, said Tommy Franecki, entertainment and PR manager at La Cage.

“The community didn’t see that as a way out like we did,” Franecki said. “We ran from who we were, but we were still known as La Cage to so many people.”

After surveying patrons and listening to feedback, the bar decided to rebrand again as La Cage Niteclub and reintroduce its mainstay entertainment including drag shows, open mic nights and themed parties.

The re-opening event this weekend will feature drink specials, giveaways and building tours. The third floor of the building will be available to rent for special events, and LGBT nonprofit organizations will be able to book events in the space free of charge.

NorthSouth Club, a new bar at 230 E. Pittsburgh Ave. focusing on axe-throwing and shuffleboard, has announced a grand opening for August 3. The venture is owned by Marla and David Poytinger under their company Bars & Recreation. The company also operates Axe MKE, Nine Below and Splash Studio.

The space will have a duo-theme, with axe-throwing in the “north” and shuffleboard in the “south,” as Marla Poytinger described to Urban Milwaukee in March. Milwaukee Business Journal’s Sari Lesk offers more details:

“We want guests to have an ‘all-in’ experience, whether they’re wearing flannel, drinking beer and throwing axes, or sporting a tropical shirt, sipping a Mai Tai in a cabana and playing shuffleboard,” president Marla Poytinger said in the release. “NorthSouth Club is a destination and an escape.”

The business is 12,000 square feet and has 16 ax-throwing lanes, plus seven deck shuffleboard courts, the release says…

The bar can accommodate 299 guests for private events, according to the announcement. 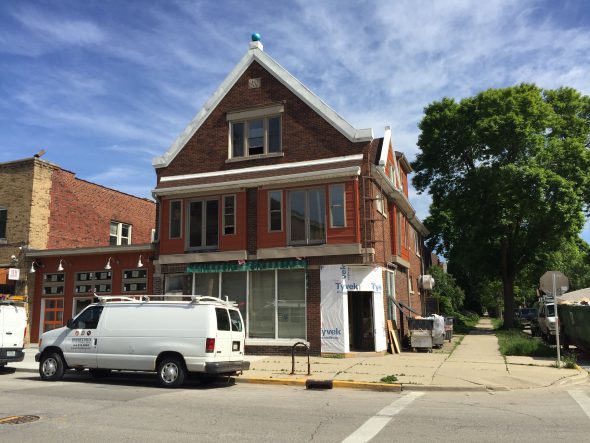 Plans for the eatery have been in motion since Krause purchased the building in 2015, but now construction is visibly underway. Changes are being made to the front of the former West Bank Cafe building, including the removal of the former old signage, and a new building has been built in the former alleyway. While the business is moving forward, some details still remain unknown, as Urban Milwaukee points out:

According to a post on Art*Bar’s Facebook page, the new business is also ready to hire new employees. “Many positions are available,” the post reads. Open positions include line cooks, prep cooks, dishwashers, servers, bartenders, hosts and front-of-house support staff.

Other information regarding the new eatery, including the name and a possible opening date, are still unknown. The only additional detail found in the post is a short description of the new business. “We are looking to create a casual, modern craft diner with a neighborhood vibe,” it says.

Krause has not filed any additional license applications with the city in the past year. He could not be immediately reached for comment. 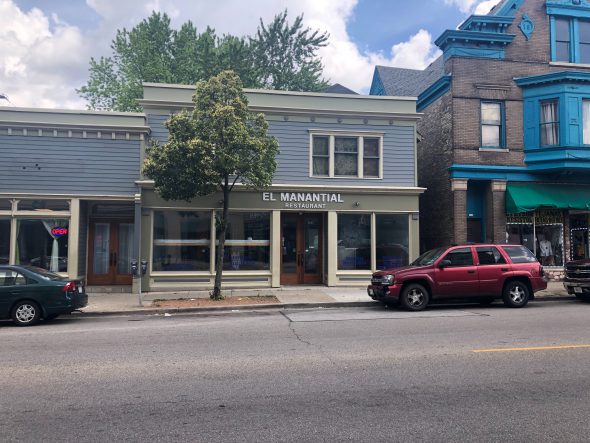 A new pizza place could open at 604 W. Historic Mitchell St. in early August. The restaurant, called Tony’s Pizza, is owned by Tony Herrera and will focus on “pizza with a Latin touch.” Herrera also owns Angelo’s Pizzeria in Slinger.

The casual eatery will focus on carry-out and delivery, but will also have room to dine-in. Herrera spoke with Urban Milwaukee about his plans:

Recipes for specialty pizzas will use ingredients that reflect Herrera’s Mexican heritage, such as beans, cilantro and habanero peppers. Other dishes, including hamburgers, will be seasoned with Latin spices. As far as local pizza places go, Herrera says, “Nobody has a specific Mexican touch. For me, being a little bit different will be food for my business.”

Tony’s will have an option to build your own pizza, and will offer pizza recipes with more traditional ingredients such as pepperoni, sausage, pineapple and Canadian bacon. Sandwiches and salads will also be on the menu.

Herrera says the opening date depends on approval from the city and other plans that need to be finalized. Once open, tentative hours will be 11 a.m. to 10 p.m. Herrera says he may eventually extend hours until midnight. 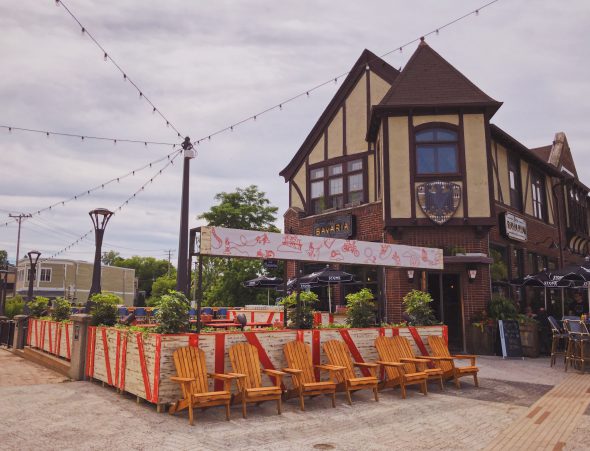 Lowlands Group announced on June 28 that the Tosa Village Beer Garden has officially opened for the season. The beer garden is located on the patio space in between Cafe Hollander (7677 W. State St.) and Cafe Bavaria (7700 Harwood Ave.) in Wauwatosa, and overlooks the Menomonee River. Over the past few weeks, the patios of the two restaurants were renovated to make room for the new beer garden.

The beer garden will use counter service, where patrons will pay at the counter and receive their drinks. Food items will then be delivered to their tables. “With shared, communal tables and a more laid-back vibe we think the beer garden will make the area even more of a gathering place than it already is,” said Dan Herwig, Lowlands Group Director of Brand and Marketing. “Imagine hitting the farmer’s market in the morning, having a quick snack and a drink, and then shopping at some of the local boutiques. That’s what we’re hoping to create in the Village.”

The food menu features items such as a charcuterie board, fried cheese curds, Milwaukee Pretzel Company giant pretzels, burgers, brats and hot dogs. Brunch will be served Satuday and Sunday until 3 p.m., and will offer special items such as a breakfast sandwich, the bloody Mary burger, a half-liter TVBG “Haus” Bloody Mary served with a soft pretzel and beef stick garnish. Drink options will include five local and imported beers on tap, a passion fruit margarita and a strawberry Frosé (frozen rosé, fresh fruit). Canned cider, wine, hard seltzer, radlers, soda and non-alcoholic beer will also be available.