Unique, urban beer garden debuts in the heart of a historic village center. 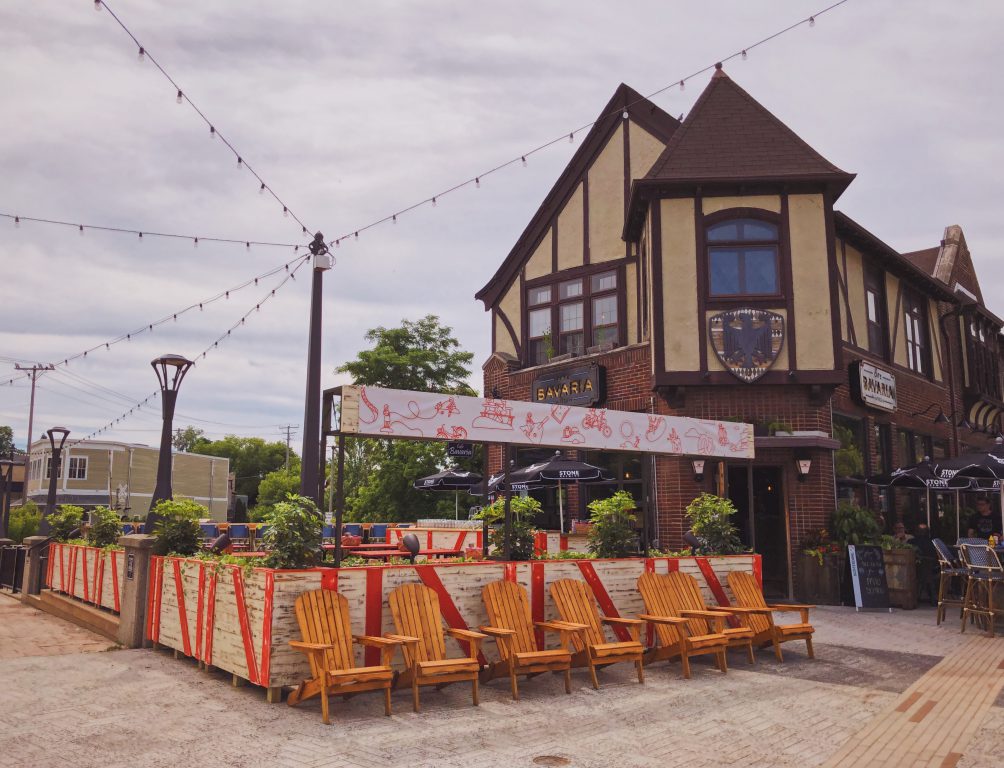 Wauwatosa, WI – June 28, 2019 – After a slow, chilly start to summer in southeastern Wisconsin, the Lowlands Group today announced that the Tosa Village Beer Garden is now open for the season. The beer garden is located in the heart of the Wauwatosa village on the Café Bavaria patio, overlooking the Menomonee River.

“We’re really excited to finally be open.” said Dan Herwig, director of brand and marketing at Lowlands Group. “Over the past few weeks we’ve reconfigured our Café Hollander and Café Bavaria patios to take better advantage of views of the river and it really has become the perfect place to grab a bier and enjoy summer in the Village.”

The new beer garden is designed to bring a “county park beer garden experience” to the urban environment of the Village. The beer garden offers five beers on tap—including local and import options—as well as a wide selection of options for those who would prefer a beer alternative. Canned cider, wines, hard seltzer and radlers are available, as well as two frozen cocktails to help beat the summer heat: a passion fruit margarita as well as a strawberry “Frosé,” which features a unique, frozen blend of rosé and fresh fruit. A variety of soda, seltzers and N/A beer round out the drink menu.

The food menu is quite extensive for a beer garden and offers grab and go fare such as burgers, brats and hot dogs, as well as items prepared to order including a charcuterie board, fried cheese curds, and of course giant pretzels made by local Milwaukee Pretzel Company. Saturdays and Sundays offer additional brunch options until 3 p.m. including a breakfast sandwich, a special “bloody mary” burger and a half-liter TVBG “Haus” Bloody Mary that is served with a soft pretzel and beef stick garnish.

Herwig described the grab and go items as, “…a nod to the old Broadway Bar & Grill that was in the Third Ward in the ’90s. The old owner, Blase (Catanese) had these steam drawers that he would reach into and magically pull out the best burgers and fries from. We’re embracing our nostalgia by offering up our own take on ‘drawer’ burgers and brats.”

The group operates the adjacent Café Hollander which offers extensive full-service, outdoor dining, as well as Café Bavaria, which also offers a full-service patio in addition to the brand-new beer garden area. The beer garden will offer counter service, where guests will pay at the counter, receive their drinks and have any made-to-order food items delivered to their tables.

“With shared, communal tables and a more laid-back vibe we think the beer garden will make the area even more of a gathering place than it already is,” added Herwig. “Imagine hitting the farmer’s market in the morning, having a quick snack and a drink, and then shopping at some of the local boutiques. That’s what we’re hoping to create in the Village.”

The Tosa Village Beer Garden is open daily, weather permitting. Full food and drink menus, hours of operation and more can be found at tosabeergarden.com.

Lowlands Group owns and operates eight grand cafés in Wisconsin including Café Benelux, Café Bavaria, and Centraal Grand Café & Tappery, as well as five Café Hollanders located on Downer Avenue, the Village in Wauwatosa, Hilldale in Madison, Mequon, and Brookfield. Its European-inspired grand cafés feature from-scratch cooking and an impressive selection of Belgian beers. The company prides itself in its passion for cycling, bringing neighborhoods together and giving back to the community. More information can be found at lowlandsgroup.com.