Plus: Kitt's to reopen, Fairgrounds Coffee & Tea comes to Yankee Hill, but no more food trucks for W. National Ave. 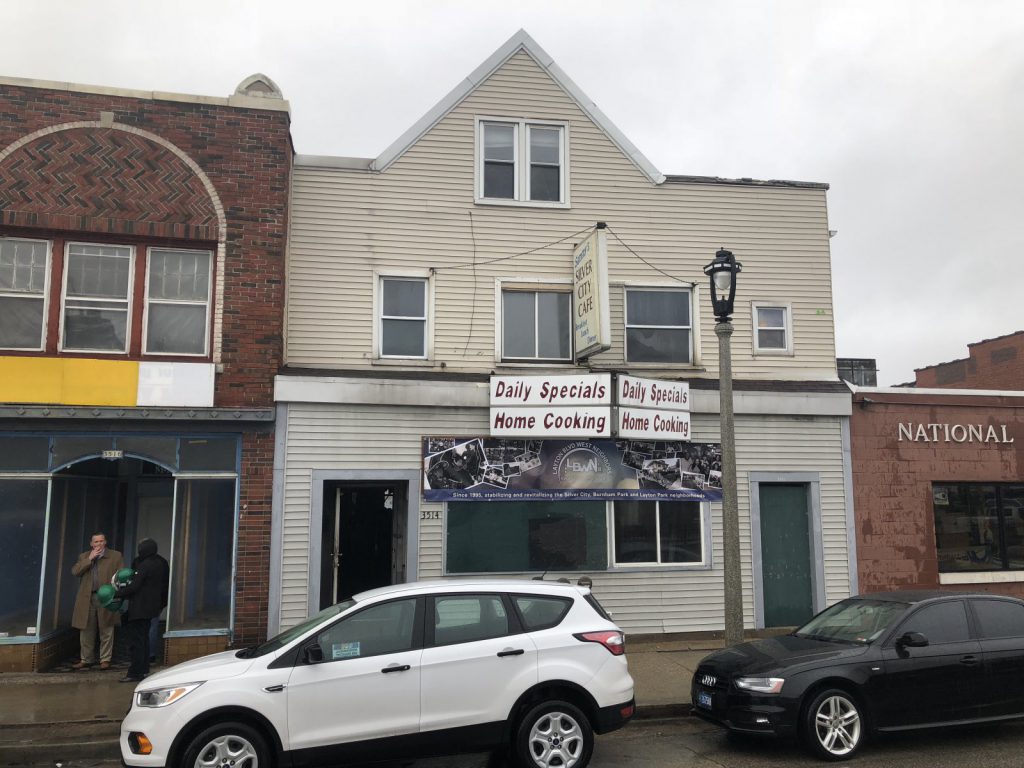 While 3514 W. National Ave. has been vacant since Sammy’s Silver City Cafe closed about 10 years ago, a new chapter in the building’s life is about to begin. A new breakfast and lunch restaurant, called Orenda Cafe, is set to open mid-to-late March. The restaurant will be the second establishment owned by Leticia Munoz, who took over operations of Michael’s Family Restaurant (2220 W. Wisconsin Ave.) in 2016.

OMC’s Lori Fredrich has a first look at the menu, which Munoz created with the help of chef Zachary Martinez:

Among those items are classics like steak and eggs, hash and omelette, along with quick, nourishing breakfast options like mango toast featuring toasted whole grain bread spread with mango, avocado and beets and finished with olive oil, sea salt and chili-infused honey.

There are also twists on classics including slow roasted Mexican pork and eggs, specialty French toast (including a sweet take on s’mores and a sweet and savory version with bacon jam) and unique takes on take on eggs Benedict…

For lunch, Martinez says, there will be salads and sandwiches, along with items like grilled, sauced wings, soups and ceviche. There will also be a full beverage menu including options like Anodyne coffee and smoothies along with “crafty” lemonades (with or without alcohol) and brunch drinks including mimosas and bloody marys. All breakfast and lunch items will be priced in the $6-$15 range, with most around $8.

The non-profit organization, Layton Boulevard West Neighbors, purchased the building for $1,000 in 2017. LBWN originally planned on investing over $425,000 in the redevelopment, which included renovating the second floor into an apartment and the first floor into Orenda’s restaurant space. Munoz also “received business plan development support from Tim Syth and Nelson Soler,” according to Urban Milwaukee’s Jeramey Jannene, who reported on the building’s groundbreaking last year.

Orenda Cafe will be open 7 a.m. to 4 p.m. daily, and will be available to book for evening events.

Last week, the future of Kitt’s Frozen Custard (7000 W. Capitol Dr.) seemed uncertain. While the custard stand appeared to be locked and closed for at least a few weeks, Ald. Cavalier Johnson stated that he believed “there is intention to reopen soon.”

Now, the business is offering an update. A February 22 post on the Kitt’s Frozen Custard Facebook page states that the business will reopen on March 1st. The post reads:

Sorry we missed you during the bad weather. Looking forward to seeing you soon. We will be accepting applications for all positions.

Father and son Harry and John Kittredge opened the stand in 1950. John’s son, Eugene, eventually became the owner in 1979, and since then the stand was sold to Ray “Butch” Rydz.

Guzman, Sr. spoke with Urban Milwaukee about the food and drink offerings:

After customers select the types of pasta, sauces and toppings they want, their dishes will be cooked right in front of them. Salad and gelato will also be on the menu, and will be ordered and assembled in the same fashion as the pasta dishes. Customers will be able to choose the types of greens, dressing and toppings for salads and gelato will be made in front of them as well.

Soda, beer and wine will be available. While there will not be a full-service bar, Guzman, Sr. says that there will be options for cocktails, including different types of “wine-related” beverages. He also says alcohol-flavored gelato may be offered in time.

Tua Pasta will initially have options for sit-down and takeout, and may incorporate delivery later. Guzman, Sr. estimates that the restaurant will be open 11 a.m. to 11 p.m. daily, but hours may change depending on business demands.

A new cafe from Fairgrounds Coffee & Tea will open its first Wisconsin location this summer. The Chicago-based company will take up 3,000 square feet at 916 E. State St. The space is part of the former Durbur restaurant and on the ground floor of the former Park East Hotel.

Fairgrounds makes pour-over coffees and espresso drinks using beans from a number of roasters across the country, such as Stumptown from Portland, Ore., Dark Matter from Chicago, Toby’s Estate from Brooklyn and Spyhouse from Minneapolis…

Besides tea (including matcha whipped to order), Fairgrounds cafes serve other beverages such as espresso with the flavors of an Old Fashioned, Vietnamese coffee made with cold-brewed coffee and a drink made with Vosges chocolate, charcoal and coconut water and puree that’s served hot or cold…

The menu has breakfast items like bacon-potato tacos and a vegan breakfast sandwich, salads and sandwiches such as turkey and brie, pastries, and snacks such as soft pretzels with cheese dip that’s made with Stumptown’s cold brew on nitro.

Fairgrounds Coffee & Tea has company-owned locations in Los Angeles and Minneapolis. The company also plans on opening two more locations in Chicago later this year, bringing the total number of cafes in the city to four.

Third Coast Provisions‘ oyster bar, Oak & Oyster (724 N. Milwaukee St.), is changing its menu, and will change it every two months. Starting on March 4, the restaurant will launch a series of pop-up menus that will have themes for food, drinks and decor. The pop-ups will operate under name The Workshop at Oak + Oyster, and will be available from 5 p.m. to 9 p.m. Monday to Saturday, with a happy hour from 4 p.m. to 6 p.m.

The themes will not be released until they are about to debut. Milwaukee Magazine‘s Ann Christenson tells us what we can expect next month:

He said the issue drew particular attention near the intersection of S. 37th St. and W. National Ave. “We reached out to that particular vendor and they, for whatever reason, just didn’t want to work with us,” said Donovan without identifying the specific food truck.

When asked if he expects the food trucks to simply go around the corner to side streets, Donovan said: “Well that could very well be. Sometimes that has happened.”

The last step for the ban’s enactment is the approval of Mayor Tom Barrett, who “has not vetoed any of the food truck bans,” according to Jannene.

The owners of Cocina 1022 (1022 S. 1st St.) have announced that it will close. Mother and son, Judith Figueroa and Kevin Lopez, opened the Mexican restaurant inside the former Chez Jacques space in April 2018. The two also operate the former Jalisco Mexican Restaurant, and have hinted that at least part of Cocina 1022’s legacy may live on.

However, Lopez and Figueroa are not quite finished with Milwaukee’s dining scene. The two assumed the lease of Jalisco Mexican Restaurant (2207 E. North Ave.) at the beginning of the month, and have changed the restaurant’s name to Judy’s on North. While no more development’s for the East Side restaurant have been announced, the post says Judy’s will “have something special for our Cocina friends.”