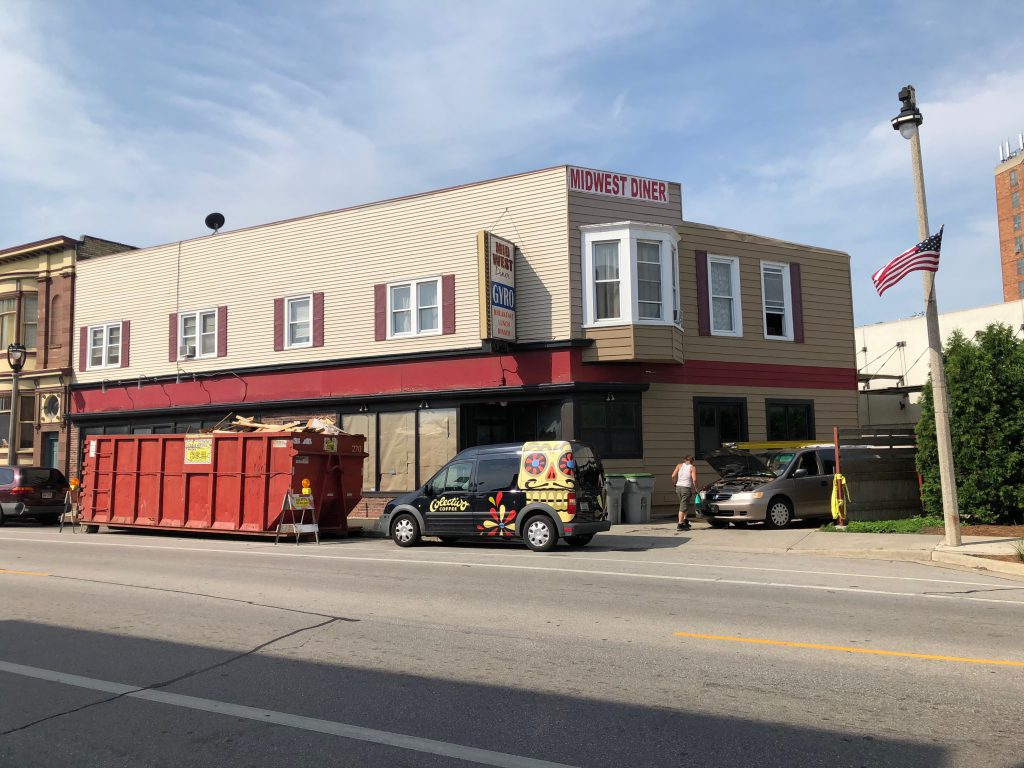 In the summer, the Mexican restaurant Riviera Maya made plans to relocate to the former location of Midwest Diner at 2321 S. Kinnickinnic Ave.

Now, Riviera Maya has finally announced it is opening the doors to its new location today, November 6.

Francisco Araiza, owner of the Bay View restaurant, plans to retain the same atmosphere of the old location, bringing minimal changes outside of a new address and business hours. A full menu of what the authentic Mexican restaurant has to offer can be found on Riviera Maya’s website.

Lori Fredrich of OnMilwaukee has more on Araiza’s thoughts:

“We are really trying to give it the same look and feel of our last location,” he said. “When people walk into the door, we want to be able to give them the same experience.”

So if you’ve been missing their delicious margaritas and housemade moles, we’re pleased to announce that your wait is nearly over.

The popular Milwaukee food truck YellowBellies has recently made plans to open a brick-and-mortar restaurant in downtown Port Washington by February of next year.

The food truck, which has been around the Milwaukee area since 2013, is known for its pulled-chicken sandwiches and plans to expand the menu even further with the opening of its new restaurant, named Fork n Tap.

The new venue will be located at 201 E. Main St. inside the four-story Harbour Lights condominium building.

Co-owners and husband and wife Michael and Siobhan Mesenbourg, are excited to open a full-service restaurant so close to home: they’ve lived in Port Washington for more than 10 years.

“We’re pretty lucky,” Mesenbourg said. He and his wife and co-owner, Siobhan, moved to Port 11 years ago and now have two young children in school. “I can walk to the restaurant in five minutes,” he said.

As for the name: Tap refers to the restaurant’s full bar, and Fork to the fork that’s plunged into the truck’s heaping sandwiches…

Messenbourg said he and his wife, Siobhan, intend the restaurant to be family-friendly, and equally a place for a quick meal or somewhere to “spend some time and enjoy that view and have that social feel.”

Fork n Tap plans to be open Mondays through Saturdays for lunch and dinner. Michael also said the food truck will still make appearances every now and then for the lunch rush even after the new brick-and-mortar restaurant opens. 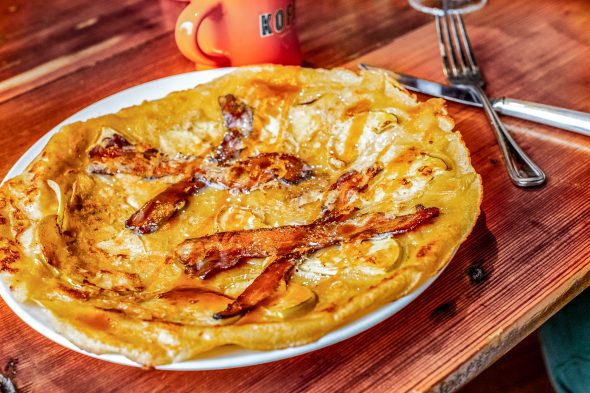 At the dawn of November, the Lowlands Group has announced a new, fully-loaded brunch menu that will be served seven days a week for Cafe Hollander.

On November 1st, a media release detailed a new brunch menu for all five Cafe Hollander locations spearheaded by Chef Thomas Hauck, who has been with the group since May of this year.

According to the release, Hauck “has spent the last few months developing the menu, including a trip to Belgium and the Netherlands in early September to research traditional Dutch cuisine including pannekoeken, a large, crepe-like pancake that has been added to the new menu.”

Aside from that, a multitude of newly crafted items have been made available:

Café Hollander’s famous Liège waffles remain a fixture on the menu but are joined by wafflebrowns—a unique hash brown that is cooked to a crisp in a waffle iron and loaded with shallots and white cheddar inside. Also new are several breakfast bowls, an all-new benedicts section, and many new brunch entrees. For brunchers looking for simpler fare, a number of breakfast sandwiches have been added, as well as fresh juices and smoothies.

More details on the new brunch menu as well as a gallery of some of the new items can be found through the Lowlands Group website.

The East Side’s Jalisco Mexican restaurant will see a number of small improvements beginning next March.

The restaurant, located at 2207 E. North Ave., will soon be run by Kevin Lopez and his mother Judith Figueroa, owners of Cocina 1022, as they take over the lease for the space starting in February 2019. Figueroa has been working as a server for Jalisco for over 25 years.

Building owner Carol Whener has expressed her interest in keeping the restaurant relevant, which sparked a conversation with social media manager Sara Arenas about making upgrades to the restaurant.

Fredrich and OMC has more from Arenas:

“We’ve been talking recently about everything that’s going on on the East Side and looking at how Jalisco’s fits into that picture,” she says. “The restaurant has been around for a long time; but there’s so much new happening in the area. So our goal is really to bring new life to the space, attract new guests and make it a lively destination again.”

For customers who are fans of Jalisco’s cuisine, Arenas has comforting news. A good portion of the menu will remain untouched. However, she says they do plan to introduce a number of new menu items – including sides like esquites (Mexican street corn) and appetizers like wings – along with monthly specials. She says they will also expand the bar menu to include numerous new cocktail offerings. The addition of a to-go menu, delivery services and a catering menu to accommodate demand for parties and gatherings, are also in the plans.

Although the operators plan on maintaining the same homey feel of the restaurant, changes to the interior walls and decorations will be implemented, according to Arenas. The restaurant may close briefly at the beginning of next year to make the needed changes.

The Milwaukee Art Museum announced last Thursday that current sous chef Jamie Nelson has been promoted to executive chef, according to a media release.

As executive chef, Nelson will now oversee any special events as well as taking responsibility over all three cafes within the museum, which include Cafe Calatrava, Windhover Coffee and the East End Cafe.

“Chef Jamie has a wide interest in different food cultures and the ability to adapt to different cuisines,” said Mark Zimmerman, Deputy Director of Operations, Milwaukee Art Museum. “Her creative flexibility is a fantastic asset to the Museum, as is her demonstrated ability to lead the team.”

Although just announced last week, the promotion officially went into effect as of October 15. In the media release, Nelson states:

“My culinary career has come into its own at the Museum, and it has become my home… I take great pride in how creative and talented our staff is, and we ultimately take our inspiration from the art. I look forward to surprising and delighting guests with the connections between what is on the menu and what is on view in the galleries.”

Before being executive chef, Nelson begun her career at the museum in 2010 only in Cafe Calatrava, working her way up to the museum’s sous chef after 2013.

Holey Moley Doughnuts recently closed at the Mayfair Collection in order to make room for an extension to the neighboring AJ Bombers.

Hospitality Democracy owns both businesses and has decided to renovate the Holey Moley space (11340 W. Burleigh St.) into an arcade for AJ Bombers, providing a more family friendly environment.

AJ Bombers will expand into the adjacent Holey Moley area “to create a nostalgic arcade environment to provide extra time for family fun, a more enjoyable wait for a table or a great stop on its own,” the news release says…

Holey Moley marks two closures for Hospitality Democracy in one month. The group also closed its small plates eatery Swig in the 3rd Ward on Oct. 14.

The new arcade space for AJ Bombers should begin to be available by the end of this month, with an official launch coming in January.