Average homeowner will see $51.88 increase, no change in total fire and police officers. 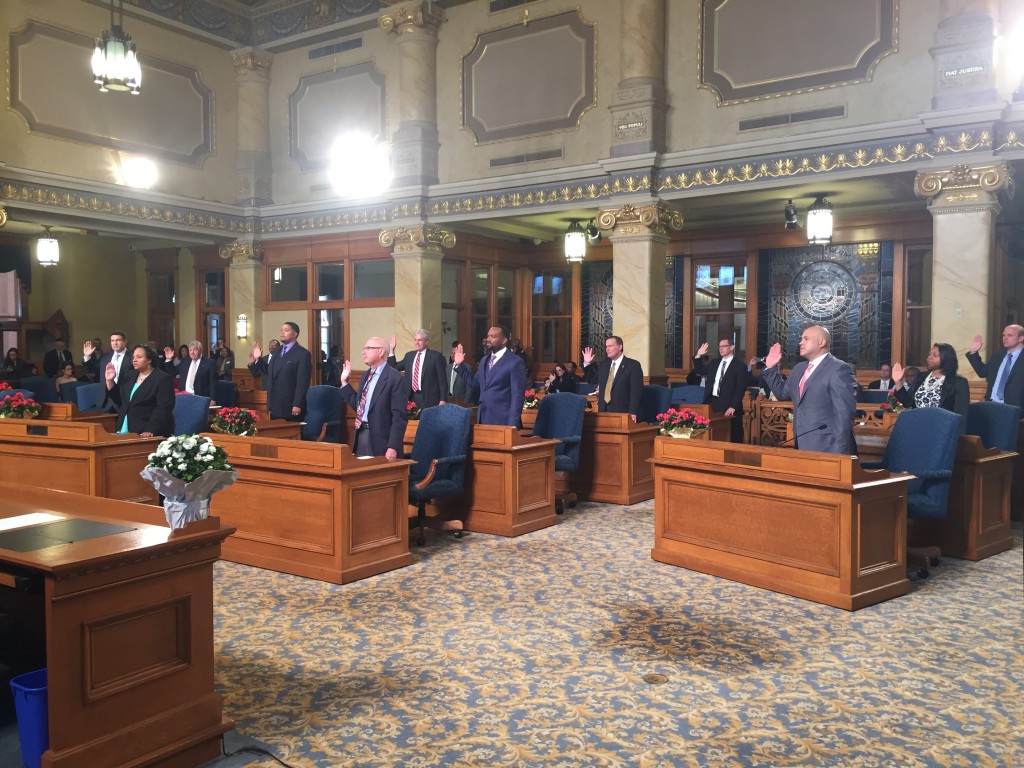 The Milwaukee Common Council has approved the city’s 2019 budget.

After hours of debate, the full council voted 13 to 2 to approve the $1.53 billion budget, which covers everything from replacement of lead pipes and new police cars to pension contributions and salaries for over 8,000 city employees.

The budget includes a mix of good and bad news for city residents. The average homeowner has seen their property increase in value from $103,451 to $108,888 and with that the city has actually proposed a budget with a tax rate decrease.

Yet, despite the rate decrease, the average homeowner will still see their property tax bill rise by $39.30 due to increased valuations. In addition, their fees for services will also increase by $12.58.

The city continues to face a structural budget deficit due to a long-term reduction in shared revenue from the state. The entire property tax levy, approximately $281 million, does not cover the Milwaukee Police Department‘s $295 million budget. The city raises additional revenue from fees and state and federal aid.

The budget includes $20 million for reducing lead risks and abating lead problems. A portion of those funds would go towards replacing 1,000 of the more than 70,000 lead service lines in the city. Much of the work would be done in-house by creating additional positions with the Milwaukee Water Works. “This new approach will reduce the overall cost per project and add 15 new water works employees,” said Mayor Tom Barrett during his September budget address.

The budget now goes to the mayor’s office for approval or line-item vetoes.

Approximately $70 million in 2019 will go towards covering employee pensions, which are required to be fully funded by the city charter.

An actuarial change in mid-2017 had boosted the required contribution in 2018 by $22 million to $83 million. The substantial increase resulted in the elimination of police and fire positions.

“As tempting as it might be to tap into that money now, it would be an enormous mistake with dangerous implications for future city budgets. Acting responsibly is our only choice,” Barrett said in his September budget address.

The council agreed, but only after revising a contentious amendment.

Lewis amended her proposal. Instead of actually granting the raise, she opted to insert a footnote that instructs the Department of Employee Relations to create a plan to do so.

City budget director Dennis Yaccarino indicated that additional raises could cause increased stress on the budget in future debates. But after Ald. Michael Murphy pointed out that the footnote wouldn’t have the weight of law and requires the one percent raises be approved again in the future, the council passed Lewis’ proposal by a unanimous vote.

The move comes as a file is pending before the council to give the city’s elected officials a 13.6 percent raise in 2024.

Barrett had proposed to increase the size of the Milwaukee Police Department’s force by 10 to 1,871 after a reduction last year, but the council voted 8-to-7 to use the funds to create five new positions and a $425,000 special purpose fund within the Milwaukee Health Department, instead of increasing the size of the police force.

One crucial change to the council’s makeup allowed Kovac’s proposal to squeak by. The council started the day with only 14 members, but Nikiya Dodd was sworn in at the beginning of the meeting. Dodd won a special election last week.

“I don’t know how you can say one is more important than the other,” said Borkowski. “Clearly as a strong advocate of police, I’m a little reluctant to because I don’t want to see us reduce the number of offices, albeit for a good reason.”

The budget does not include any funds for The Hop due to a federal operating grant and the 12-year, $10 million sponsorship agreement from Potawatomi Hotel & Casino. That will change in coming years, and the plan the council approved in 2014 includes using revenue from the parking fund to support the streetcar’s operation.

The council also approved the creation of four Community Oriented Policing (COP) Houses in city-owned homes in impoverished neighborhoods. Funds for $375,000 project will come from the elimination of $375,000 in planned borrowing to pay for a license plate detection system. COP houses are aimed at improving police-community relations through the integration of police into the neighborhood fabric.

The houses would be located in city-owned homes in the city’s four Promise Zones – Old North Milwaukee, the near South Side, North Division and Washington Park.

The measure passed 12 to 3 over the objections of Zielinski. The alderman has fought for years to create a COP House, with full-time officers stationed in the houses. Zielinski blasted the current proposal, which doesn’t require officers to be there full time and also relies on the support of community organizations. “In order for COP houses to be COP houses, you need cops that are stationed at those particular locations,” he said.

Coggs, who sponsored the amendment, responded: “Our best bang for our buck is to be very intentional about the resources the city is already expending in a targeted way.” She said there would be regular programming at the homes.

“My opposition is due to two factors,” said Witkowski. “One, staffing. Two, the source of funding. The police department needs all the technology it can get to keep violent criminals off the street.”

Donovan, a strident supporter of the city’s rank-and-file police officers, voted for the proposal. “Alderman Zielinski said we need better police-community relations. I’m going to say we need better police council relations.” Donovan, the chair of the Public Safety and Health Committee, said he has received no outreach on any of the amendments from the police department. “I’m going to tell you I’m a little disappointed. I’m going to support Coggs here and the police can whistle Dixie,” he said.

A separate amendment by Zielinski to create two COP houses staffed full-time by two officers each was rejected by the council on an 6 to 8 vote. “If we want to do this the right way like they’re doing in Mt. Pleasant and Racine, we need full-time, staffed houses,” said Zielinski. The amendment would have added $400,000 to the levy. Rainey, Donovan, Borkowski, Perez, Zielinski and Stamper voted for the proposed. Dodd abstained.

Witkowski introduced four amendments to reduce the sworn strength of the police department and reappropriate into different positions within the department. “Same money, but basically getting more service,” said Witkowski.

The proposal would have processing and booking done by community correctional officers, who are paid less and don’t have the power of arrest. “Once someone is arrested you don’t need the power of arrest anymore,” he said. The amendments, differing in their time of implementation and size, would have eliminated approximately 10 new officer hires to create 14 new civilian workers. Police Chief Alfonso Morales opposed the policy change.

All of Witkowski’s correctional officer amendments failed. “I think it was worth having the discussion and introducing the concept,” said Witkowski. Kovac was the lone council member to vote with Witkowski.