Wings Restaurant Opening on East Side 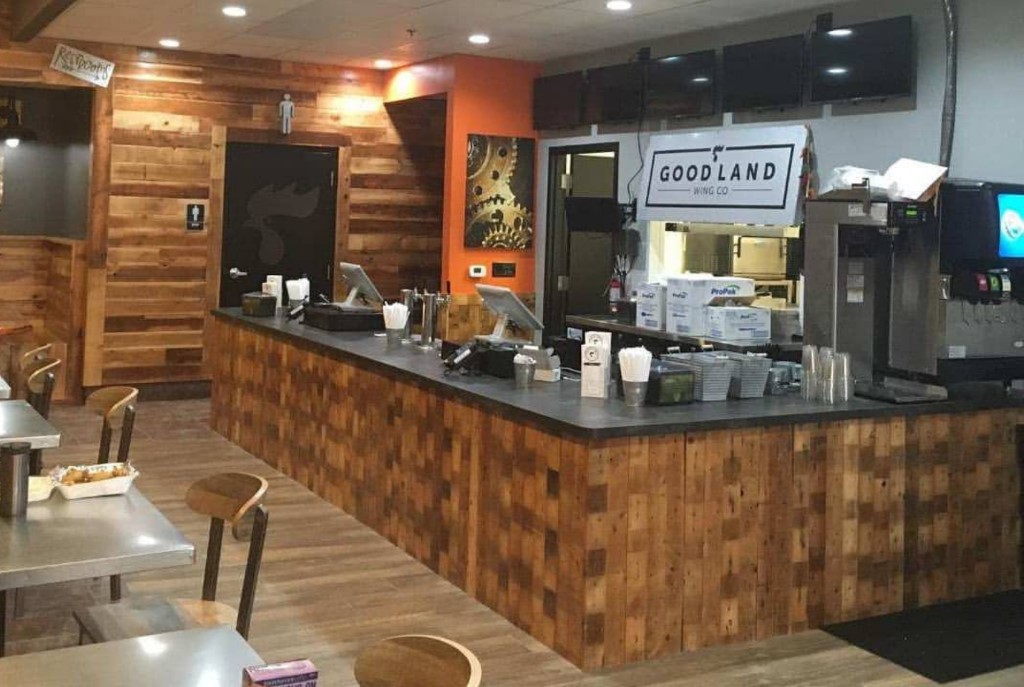 In July, Urban Milwaukee reported that Good Land Wing Company would take the place of the former Cold Stone Creamery space at 2907 N. Oakland Ave. Now, the restaurant’s opening is just around the corner.

After a soft-opening on September 17, Good Land will hold its grand opening on September 27, as a press release announced. The new restaurant is owned by Adam Brown and his son, Josh Brown. Family friends Mark Sellers and Brian Conrad will also be partners for the East Side location.

The restaurant will offer “leaner chicken wings that are baked,” and “not fried in grease,” the press release promises. The wings will be GMO-, steroid- and cage-free, and will be baked for 45 minutes, then flash-fried for 3 minutes before being served. The method aims to reduce to amount of fat so that health-conscious diners can order wings more often.

“Good Land Wing Company is all about making eating healthy as easy as possible for everyone and preserving Milwaukee heritage,” says Josh Brown. “That means no fryers are allowed in the kitchen. Our menu will feature locally sourced products and we’re reaching out to the Milwaukee community, establishing local collaborations.”

According to Good Land’s website, three different types of wings will be offered. Classic wings and boneless wings will be available in five, 10, 15 and 20 packs, with a combo option available for classic wings. Naked boneless “wings” are available as one breast with one sauce or two breasts with two sauces. Party packs are also offered in packs of 50, 75 or 100 wings.

Apart from the main attraction, a myriad of other dishes will also be available. Appetizers include white cheddar mac & cheese, mac & cheese wedges, fryer-less onion rings and veggie sticks & dip. Along with salads and wraps, other meal options include popcorn chicken and skillets (tater tot, poutine or mac & cheese).

The East Side eatery is not the owners’ first restaurant, let alone their first wing restaurant. The Browns, father and son, also own and operate Wing It (620 W. Grand Ave.) in Port Washington.

Good Land Wing Company is part of the changing scenery at the intersection of N. Oakland Ave. and East Locust St. Construction has recently begun on the 2900 Apartments (2900 N. Oakland Ave.) in place of the former Cousins Subs building. The complex will offer studio, one- and two-bedroom units. Cousins will also reclaim its spot at Oak & Loc, with plans to open a new restaurant on the ground floor of the new building.

Two businesses in the vicinity have also closed in the last nine months. Black Rose Irish Pub closed in May, while Monster Pizza MKE closed in December. Both businesses were owned by Robert C. Schmidt.

Good Land Wing Company will offer dine-in, carry out, online ordering and delivery. The restaurant will be open 11 a.m. to 10 p.m. Sunday to Thursday and 11 a.m. to 2 a.m. Friday and Saturday.