How Forest Home Became An Avenue

First an Indian trail, then Janesville Plank Rd., then came a cemetery for 28 mayors. 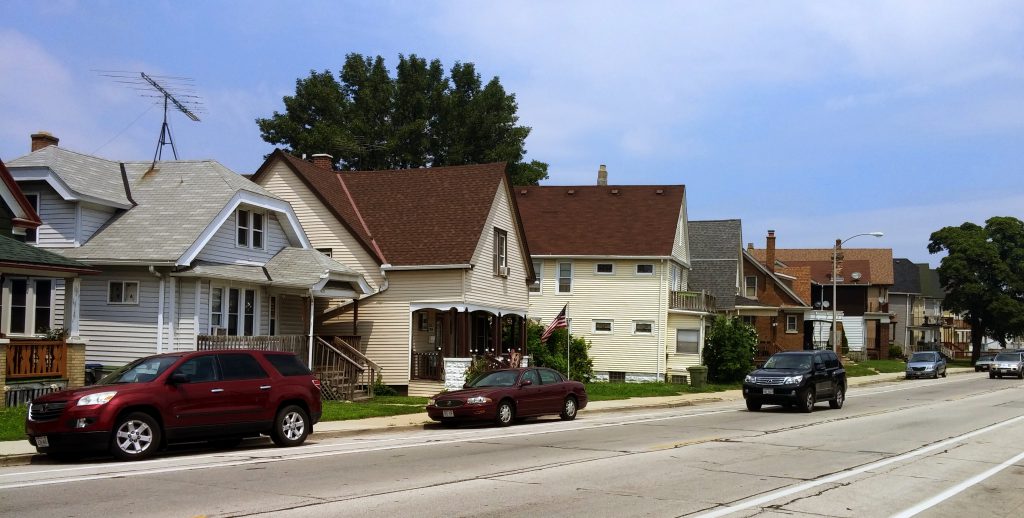 Before there was a Forest Home Avenue, there was an Indian trail which twisted and looped its way from Milwaukee to Janesville. The trail was designated a territorial road by the legislature of the Wisconsin Territory in 1838. However, the lawmakers would not provide any funds for turning trails into roads, but put that responsibility on landowners and municipalities along those routes.

There were relatively few landowners or local governments at the time, so there wasn’t much improvement to the Janesville trail, which generally kept to the higher ground but could not avoid low, swampy areas. Except during the cold months, it was those wet, muddy sections that made travel so difficult for farmers bringing their products to Milwaukee.

In 1848, when Wisconsin became a state, it wanted good roads but still didn’t want to pay for them, so it authorized companies to build plank roads and allowed them to charge a toll for their use. Plank roads were usually built of oak planks, which outlasted softer woods. Eight-foot-long planks, two or more inches thick, laid across two oak rails eight feet apart and four inches square, provided a smooth surface for wagons and animals being driven to market.

The maximum toll rate was set by the legislature. Users of the road were charged at toll booths which were spaced about five miles apart. The toll for one animal, usually a horse or an ox, whether being ridden or pulling a conveyance, was one penny per mile. If two animals pulled a vehicle, the rate was two cents per mile. Other charges were applied to groups of animals herded on the road. Toll booths and tolls were prohibited within the city limits.

The building of the Milwaukee and Janesville Plank Road took time, effort and money. By 1850, after two years of work, the first six miles leading from the city were graded and planked but there were still almost 60 miles to go. That same year, members of St. Paul’s Episcopal Church, which was then located at N. Jefferson and E. Mason streets, opened Forest Home Cemetery on 72 acres of land south of the Janesville Plank Road and east of S. 27th Street. It was outside the city limits, in a rural setting, but would soon be incorporated into the city. The first interment in the new burial ground took place on July 16, 1850 after the death of one-year-old Annette McGregor. She died of cholera during the epidemic that plagued the city for the second summer in a row.

The Janesville Plank Road continued to crawl toward a goal that it never reached. By 1854 it was 24 miles long and terminated at Mukwonago. Then railroad companies began to lay track and the short life of Wisconsin’s plank road system soon came to an end. The roads could not compete with the lower rates charged by railroads, which could deliver goods and animals much faster and more easily than plank roads could.

Meanwhile, Forest Home Cemetery became the primary Protestant graveyard in the city. In 1864, 1,200 remains were moved there from the old Milwaukee Cemetery which was near S. Muskego and W. National avenues. The new cemetery became a major Milwaukee landmark and in 1872 the city changed the name of the Janesville Plank Road to Forest Home Avenue.

Forest Home Cemetery continued to grow, ultimately nearly tripling in size, and it became the final resting place of many prominent Milwaukeeans. Twenty-eight of the city’s mayors are interred there, as are seven former Wisconsin governors. It is the last home of brewing giants Jacob Best, Valentine Blatz, Frederick Pabst and Joseph Schlitz. Billy, John and Alexander Mitchell are also buried there, the latter having been one of the investors in the Milwaukee and Janesville Plank Road Company.

Today, Forest Home Avenue begins near S. 13th and W. Mitchell streets. At S. 27th Street, the roadway is divided with a median and it becomes the main arterial to the southwest suburbs of Greenfield, Hales Corners, and beyond. The street is lined with a mix of residential and business buildings. 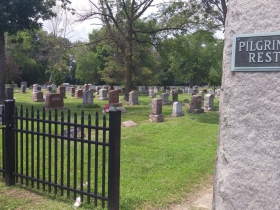 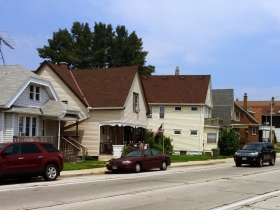 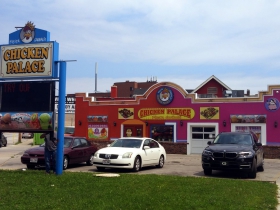 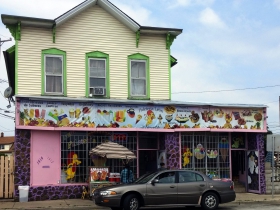 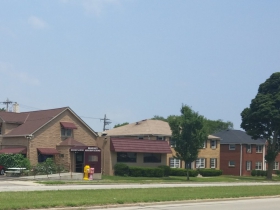 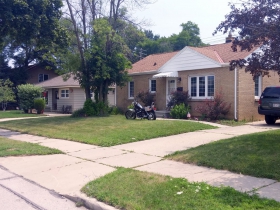 2 thoughts on “City Streets: How Forest Home Became An Avenue”