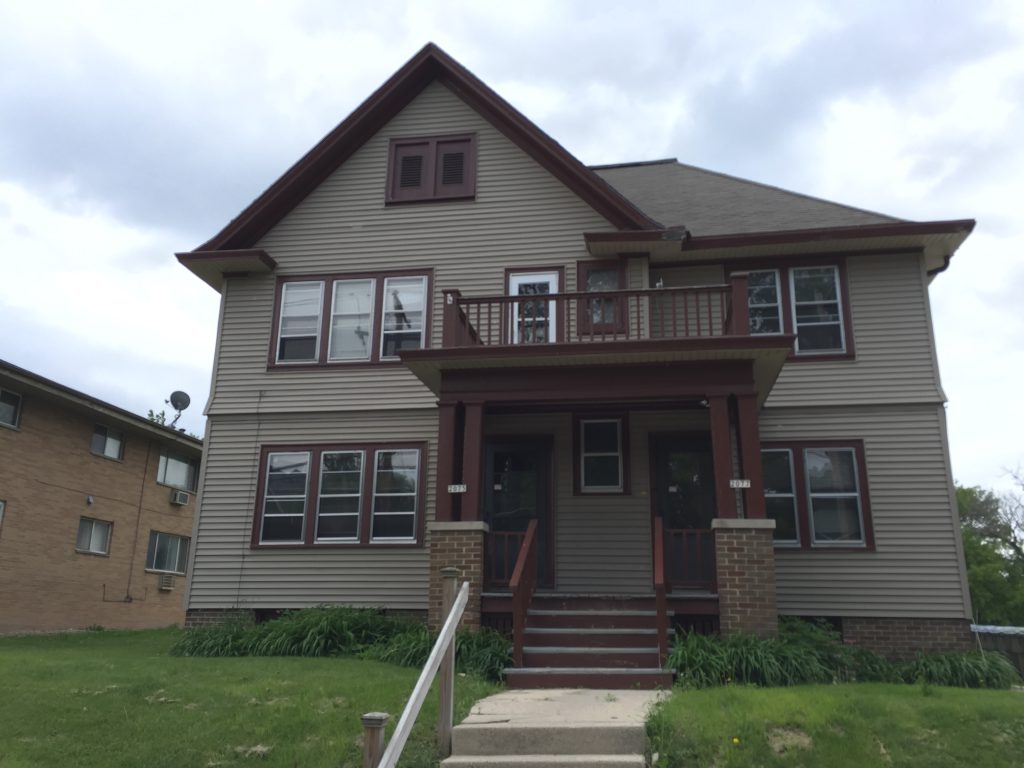 It’s the first deconstruction of a home in Milwaukee since the passage in January of an ordinance requiring the demolition method on homes built before 1929, and the work on this started yesterday. Ald. Bob Bauman, a sponsor of the legislation, was there at 2075 N. Cambridge Ave. to see it all start.

The two buildings on the site being deconstructed are owned by Don Heinemeier, and were being taken down to make way for a new apartment development with several dozen units.

This ordinance sponsored by Bauman and Ald, Nik Kovac requires that the demolition of buildings constructed before 1929 be done by deconstruction, as opposed to mechanical demolition, and the salvageable materials within be saved. The sponsors hope to create a new market in the city for repurposed building materials, reduce fees the city pays to dump trash, and also create jobs.

There are a number of city-owned properties that have to be demolished. And using the requirements of its residents preference program, firms going after the deconstruction contracts will have to meet workforce goals and train unemployed or underemployed city residents in this new trade.

For private homes like the ones being deconstructed on N. Cambridge Avenue, the owner or developer is able to collect tax credits for a charitable contribution of the materials being repurposed from the home.

Heinemeier said he wouldn’t have deconstructed were it not for the ordinance. He adds that he thinks the deconstruction ordinance is about creating jobs, which he liked. “I’m not a green guy, but it sounds like there’s some good tax deductions for the owner, through charitable donation. So I’m fine with it,” he said. 

The ordinance was always first and foremost about creating jobs, Bauman said when he first introduced it, and continues to say now. But like many attempts at job creation, there are hurdles. And leaving the little celebration Thursday, only lightly attended and mostly by employees of the contractor, Bauman said he was concerned about how the law was working out.

Right now, all the bids heading to the city for deconstruction projects are much higher than expected, sometimes four times as much as city officials expected, and three times what it would cost to just knock the house apart with heavy equipment, Bauman said.

On Thursday, Bauman looked at Mike Goffman, owner of Recyclean Inc., one of the few companies in the area that does deconstruction, which is taking down the house on Cambridge, and offered a warning: “Just so you know, unless we get bids coming in that are reasonable, my colleagues will scrap this.”