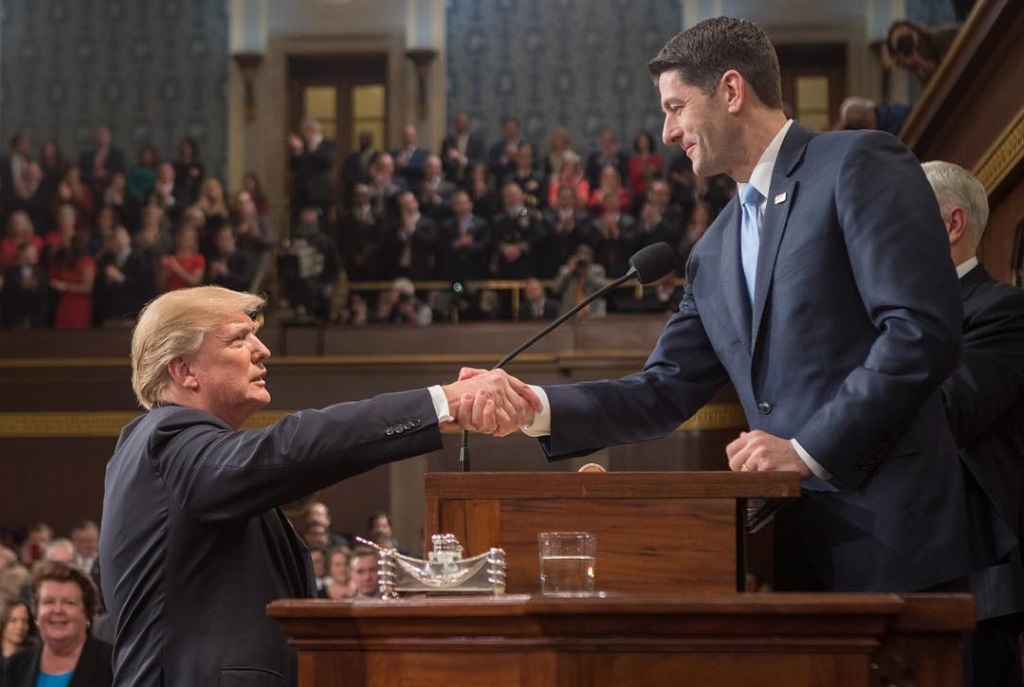 Pulitzer Prize-winning columnist George Will, the longtime Republican once called “one of the most revered conservative thought leaders of our time,” has left the party he long supported and wrote a column Friday entitled “Vote against the GOP this November”.  The column included stinging criticism of GOP stalwarts like Wisconsin congressman and House Speaker Paul Ryan for not standing up to President Donald Trump.

As Will told Fox News, “After Trump went after the Mexican judge from northern Indiana, then Paul Ryan endorsed him. I decided that, in fact, this is not my party anymore. I changed my registration to unaffiliated 23 days ago… The long and the short of it is, as Ronald Reagan said when he changed his registration, I did not leave the Democratic party, the Democratic party left me.

In his column Will declared that “The congressional Republican caucuses must be substantially reduced. So substantially that their remnants, reduced to minorities, will be stripped of the Constitution’s Article I powers that they have been too invertebrate to use against the current wielder of Article II powers” — referring to President Trump.

The final straw for Will was Trump’s policy of separating immigrant children from their parents and interning the kids. “The family-shredding policy along the southern border, the most telegenic recent example of misrule, clarified something…The Republican-controlled Congress, which waited for Trump to undo by unilateral decree the border folly they could have prevented by actually legislating, is an advertisement for the unimportance of Republican control….In today’s GOP, which is the president’s plaything, he is the mainstream. So, to vote against his party’s cowering congressional caucuses is to affirm the nation’s honor while quarantining him.”

As for “the melancholy example of House Speaker Paul D. Ryan,” Will wrote, he “wagered his dignity on the patently false proposition that it is possible to have sustained transactions with today’s president, this Vesuvius of mendacities, without being degraded…Ryan traded his political soul for . . . a tax cut.” Will compared Ryan to Richard Rich, the slimy weakling who betrays Thomas More in the play, A Man for All Seasons, in order to be appointed the attorney general of Wales.

“Ryan and many other Republicans have become the president’s poodles, not because James Madison’s system has failed but because today’s abject careerists have failed to be worthy of it,” Will thundered. “As explained in Federalist 51: ‘Ambition must be made to counteract ambition. The interest of the man must be connected with the constitutional rights of the place.’”

Ryan’s obeisance to Trump is all the more mystifying given that he is retiring and will gain little career-wise by supporting the president. It adds an almost tragic conclusion to a career that once seemed to have so much promise. (This hasn’t been a very good week for Ryan; the slap by Will comes right after comedian Seth Rogan revealed that he refused to have his picture taken with Ryan when the congressman approached him with this request.)

Will’s “statements and actions on Friday surprised many political observers,“ as Fortune magazine reported, but “followed the departure of other notable conservatives from the Republican Party, such as Mary Matalin, a longtime strategist for the party, who left in May 2016.”

Longtime Republican Steve Schmidt, who ran the presidential campaign of John McCain in 2008, has also made a recent announcement that he is leaving the party and that Ronald Reagan “would be ashamed of Ryan and (Mitch) McConnell” for their support of Trump.

Will has had a long association with Milwaukee’s Bradley Foundation, the largest funder of conservative intellectuals and policy making in the nation. He was an early winner (in 2005) of the annual Bradley Prize, he served for years on the foundation’s board of directors, and emceed the annual Bradley Prize ceremony in April, with Bradley President and CEO Richard Graber lauding Will. “His intellectual heft and award-winning commentary have had an immeasurable impact on American opinion and have inspired many of our current and future leaders,” Graber declared.

9 thoughts on “Back in the News: George Will Blasts Paul Ryan”