Our photos capture the love and color of the 31st annual PrideFest. 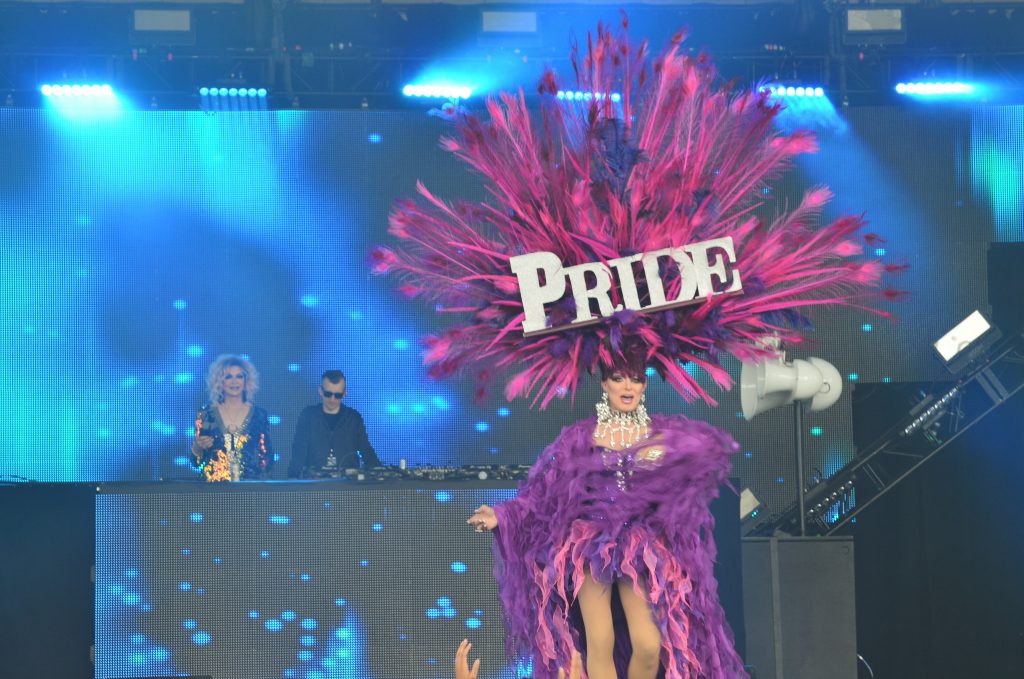 While Friday was cloudy and gray, the 31st annual PrideFest was full of color.

The drag show and dance party were of course the highlight, with the outfits on display bigger and better than ever before and plenty of glitter and laser lights too. There was lots to do outside of the Dance Pavilion, such as grabbing a snack and swinging by the many information booths and other services including free confidential HIV Testing by the Brady Street STD Clinic and a section giving a tour of LGBT history in Milwaukee.

The fest welcomed over 38,000 people last year, said Milwaukee Pride Board President Wes Shaver during the opening ceremony on Friday. This year the festivities have expanded from three days to four, with Thursday welcoming just under 3,000 people said Shaver. That’s not bad for a festival that started 31 years ago as a picnic and a march to city hall according to Shaver.

Milwaukee has a long history of advancing LGBT rights, as chronicled by the Milwaukee LGBT History Project at the fest’s history section. In 1967, State legislator and civil rights activist Lloyd Barbee introduced in the Wisconsin State Assembly the first bill to decriminalize homosexuality and all sexual practices between consenting adults. Barbee followed that up in 1971 with a bill to protect gay men and lesbians from job discrimination. Representative David Clarenbach continued to build support for both bills after Barbee left the assembly in 1976. Then in 1979 Milwaukee college student Leon Rouse founded the Committee for Fundamental Judeo-Christian Human Rights to organize support for gay rights and spark broad religious support for the anti-discrimination bill. In 1982 the bill was signed into law making Wisconsin the first US state to protect lesbians and gay men from discrimination in employment, housing, and public accommodations. And in 1983 Wisconsin legalized same-sex sexual intercourse between consenting adults. Last March, the Milwaukee Common Council overwhelmingly approved a ban on conversion therapy, or the destructive practice of changing a person’s sexual orientation or gender identity, throughout the city of Milwaukee, according to a story by Jeramey Jannene of Urban Milwaukee.

Milwaukee Pride has also been expanding along with the festival. Shaver said that their Plus One campaign expanded to four different fundraising streams all going to the 2018 beneficiary of Diverse & Resilient, an LGBT health and safety advocacy organization. They also took a stand against accepting sponsorship from big tobacco companies as big tobacco marketing has been shown to target marginalized groups such as the LGBT community according to Truth Initiative.

Mayor Tom Barrett said he was delighted to be at PrideFest for the opening ceremony, saying that the LGBT community is welcome in city hall and the county courthouse anytime they want. He said that the Equal Rights Commission has done a great job over the last several years. The ERC came to him several years ago saying that the city’s grade on openness and receptivity to LGBT people wasn’t good. But over the last several years, the city’s grade rose and now they are on the honor list of cities on how they treat the LGBT community.

He ended his speech by proclaiming June 7 through 10, 2018 to be PrideFest Milwaukee 2018 throughout the entire city of Milwaukee.

Chris Abele said that PrideFest was his favorite Milwaukee festival at the opening ceremony. “We are strong for our diversity,” said Abele. “There is no festival that does that more effectively, more beautifully and more warmly than PrideFest.” However he was mostly there to introduce Danica Roem, PrideFest’s keynote speaker and the first openly transgender person to hold an elected seat in a state legislature. Abele contributed over $115,000 to her candidacy according to The Washington Post.

During her speech, Roem talked about her work serving in the Virginia General Assembly for Virginia’s 13th District. Roem has worked to expand government health insurance to 400,000 low-income citizens in Virginia and voted to give teachers a three percent pay raise and state employees a two percent pay raise in the budget. She pledged to to help out minorities, the disabled, and anyone else who needs help, because as Roem said, “That is what happens when you put LGBTQ people in politics, that’s what happens when we are no longer just going to be confined by our fears.”

“We remember the worlds of George R.R. Martin that we can’t be brave unless we’re scared,” said Roem. “And so if you’ve ever been scared, now it’s your time to be brave. And with this administration, with your government, with everything else that we have right now, it is more important for you to be brave than any other time. Can you be brave for me?”

Our photos capture the love and color of the fest. You can also check out our photos from last year’s fest. 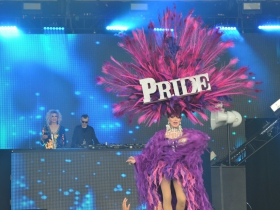 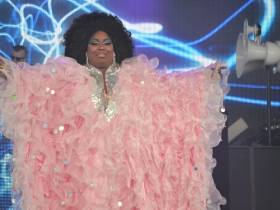 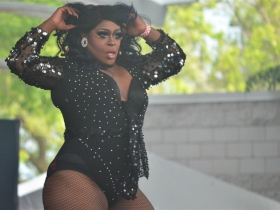 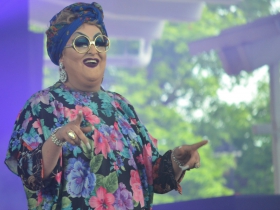 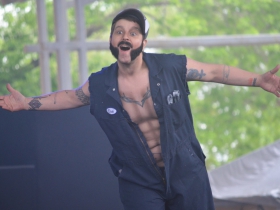 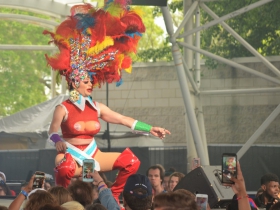