By Elliot Hughes, Milwaukee Neighborhood News Service - Nov 8th, 2017 09:47 am
Get a daily rundown of the top stories on Urban Milwaukee 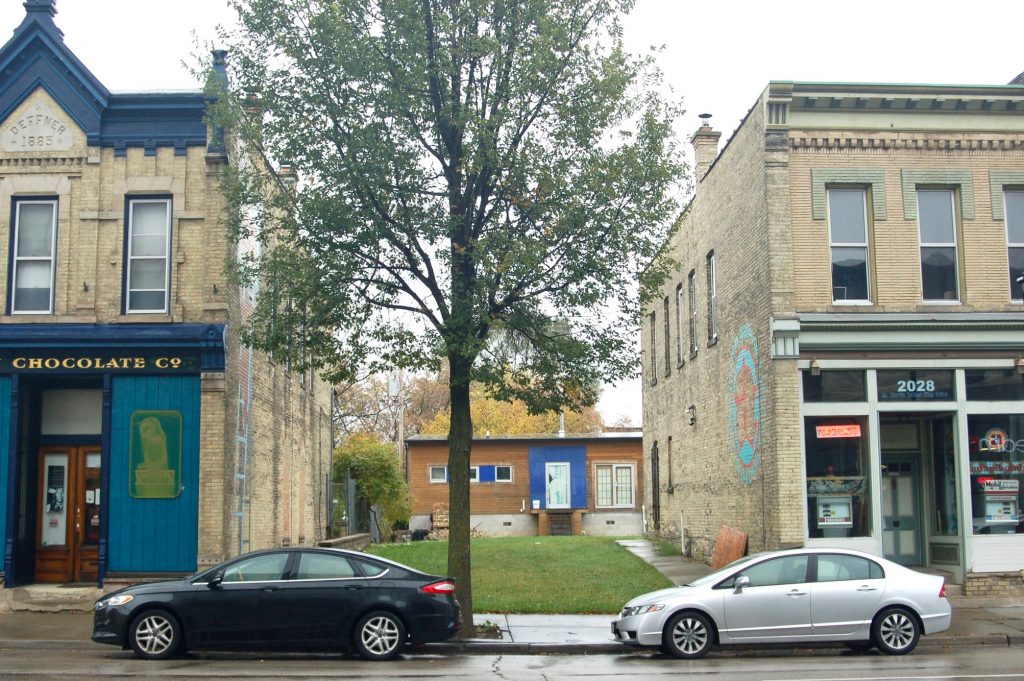 Officials presented this vacant lot along Dr. Martin Luther King Drive in Bronzeville as an example of an underutilized space that could be developed with the arrival of the streetcar. Photo by Elliot Hughes.

Walker’s Point and Bronzeville residents like the sound of the Milwaukee Streetcar one day extending into their neighborhoods, but it’s hard for some to ignore the threat of gentrification.

The city of Milwaukee held another round of public meetings Saturday to gather feedback from residents on how they want the streetcar to shape their neighborhoods. After construction for the initial two-and-a-half mile route connecting downtown and the lakefront is completed (the earliest segments will be finished in fall 2018), work and fundraising will turn south toward Walker’s Point and north toward Bronzeville.

A range of issues came up during four separate meetings, which attracted 120 people. Since city officials are hoping the streetcar — which is now being branded as The Hop — will not only deliver workers to jobs but spur new residential and commercial development along its tracks, some are worried about the rising cost of living that would bring and who might get pushed out. 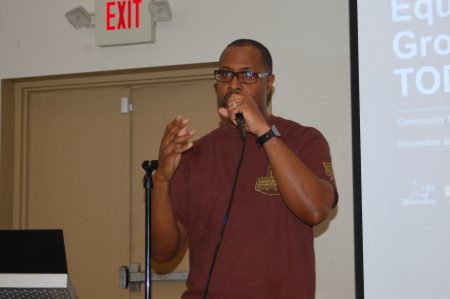 “There are many people in [Bronzeville] who invest in tax properties, but I don’t see them engaging with a [streetcar],” said Mary Glass, the founder of the Milwaukee Professionals Association. “They see it as a displacement and gentrification.”

She argued that the vision of the streetcar taking workers from the north and south to jobs downtown is flawed because many opportunities downtown do not pay livable wages or offer full-time employment.

“I think the regular stakeholder does not see it as beneficial as those who are pushing it,” Glass said.

The initial downtown-lakefront streetcar routes will cost $128.1 million. Federal dollars supply $69.1 million, while three tax increment financing districts will cover the rest. Route extensions to Walker’s Point and Bronzeville are still in planning stages and funding mechanisms have not yet been identified.

Saturday’s meetings — held at Cielito Lindo, 739 S 2nd St., and On the Bayou, 2053 N. Martin Luther King Drive — were intended to capture resident’s concerns before the expected wave of development comes. The events’ presenters also had gentrification in mind. They said there are ways the city can help mitigate gentrification by setting aside vacant or underused properties for affordable housing.

“In Walker’s Point we heard a lot about maintaining affordability for commercial space and… in Bronzeville we’ve been hearing more about a site on Meinecke [Avenue] and Fourth [Street] that people really want to see either be a park or perhaps some kind of housing development,” said Monica Wauck Smith, a senior planner with the city.

Christopher Hall, an urban strategy leader at Skidmore, Owings and Merrill, which is helping the city collect feedback, said preserving Bronzeville’s historic character would be a challenge, because the neighborhood has traditionally been low density. Bringing the streetcar and more businesses would appear to conflict with that, he said.

“I think if this is going to encourage someone to come to the neighborhood, that’s a good thing,” said Joel Van Haren, a filmmaker who lives and works in Walker’s Point.

The city held its first round of meetings for the two neighborhoods in September. Three more are planned, with the next set probably coming in January, Wauck Smith said. Feedback can also be submitted online.

13 thoughts on “Will Streetcar Gentrify Bronzeville?”