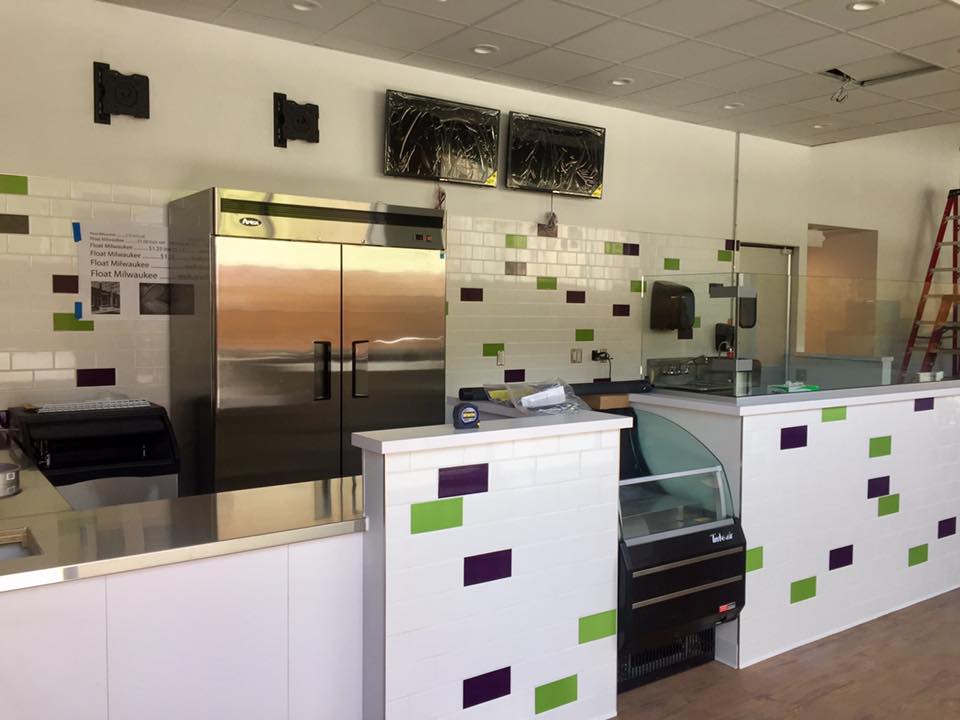 Acai berries are one of the new super foods, that is supposed to have tremendous nutritional values. And a new restaurant in Walker’s Point will be serving lots of them in its smoothies.

Bowls Restaurant, at 207 W. Freshwater Way will open its doors on June 5, according to Ann Christenson of Milwaukee Magazine. Its co-owner is Nell Benton of the The National Restaurant.

Christenson reports the smoothie bowls “will be composed of yogurt, fruit, chia seeds and other ‘superfood’ toppings or brown rice with assorted vegetables and meat or fish.”

Sabrosa art gallery and café will open on 3216 S. Howell Ave. in mid- to late June, according to Milwaukee Magazine. The small business that originally specialized in perfecting sauces like salsa verde and roasted poblano will now have a restaurant serving breakfast and lunch.

The building, formerly called Mr. Pastrami’s, incorporates elements from the past. The tables and chairs are from now-closed Brady Street restaurant Cempazuchi. (Frank’s late brother Sal was one of Cempazuchi’s founders.) Each table will be dedicated (with a plaque) to a loved one who has passed on.

Alderman Nik Kovac is holding a meeting Monday, June 5 at 6 p.m. at the Urban Ecology Center, 1500 E. Park Pl., to allow neighbors to meet the applicants looking to take over the former Red Dot tavern space at 2498 N. Bartlett Ave.

The owners of potential new business, which is said to be a planned tavern called The Original, and the alderman will be present at the meeting to answer any questions, and present The Original’s plan of operation.

Potawatomi Hotel and Casino has appointed Mike Christensen as its new executive chef, the Milwaukee Journal Sentinel reports. Christensen, who has more than 25 years of experience, will oversee the property’s seven restaurants. Potawatomi’s restaurants include Dream Dance Steak and RuYi, at 1721 W. Canal St.

Christensen, a member of the Lac du Flambeau band of Lake Superior Chippewa, has spent most of his career working for casinos, including Grand Casinos. 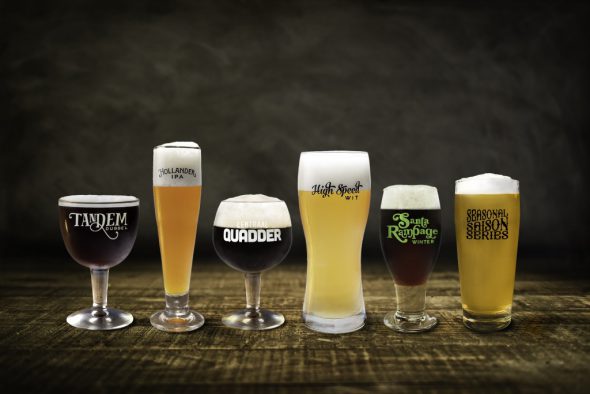 The Lowlands Group announced an expansion of the Lowlands Brewing Collaborative, which brings the world’s best brewers together to celebrate “bier culture.”

The collaboration includes Belgian breweries Brouwerji Van Steenberge and Brouwerji The Musteteers, along with Central Waters in Amherst, Wisconsin. The latest addition to the collaboration is Door County Brewing Co. These companies help create unique beers for the Lowlands restaurants like Hollander and Cafe Benelux.

The Lowlands Group’s “Seasonal Saison Series” will offer constantly-rotating saisons (which are fruity pale ales) each season, the first of which is brewed by Door County Brewing and named Summer17, the release noted.

Lowlands Group brand and marketing director, Dan Herwig stated “We knew we wanted to offer a saison-style beer for the summer, it was just a matter of finding the right fit in a new collaborator. Door County Brewing just gets us.”

Tickets for the eighth annual Wisconsin Beer Lovers Festival are now on sale. The festival will be on Saturday June 17 from 1 p.m. to 5 p.m. at Bayshore Town Center in Glendale.

The Wisconsin Beer Lovers festival features more than 100 beer selections from over 40 craft breweries hailing from all over Wisconsin. Each brewery will be paired with local chefs, Wisconsin cheesemakers, brewpubs or restaurants to create unique portions to compliment the craft beer samples.

Sprecher Brewery President, Jeff Hamilton says “Glendale is proud to welcome craft breweries from all over Wisconsin to this annual festival. We love seeing people return to the festival year after year, as well as first-time guests.”

Craft beer connoisseurs looking to sample specialty beers not available to the rest of the attendees can purchase the Wisconsin Beer Experience VIP Ticket which also includes a one-year subscription to DRAFT Magazine, early entry to the festival with access to a special VIP tent, and a special collectible.

General admission tickets are $45 in advance and $55 at the door and include admission, a souvenir beer sampling glass and unlimited samples of food and beer. Designated drivers and those under 21 can buy a “Food Lovers Ticket” for $25.

Wine Lovers who were trekking out to Brookfield’s Total Wine & More will soon a second location they may find more convenient. The chain store known for its huge selection of wines will be coming to Bayshore Town Center. The mall has announced that construction on the North End of the property will begin in 2017 to replace the former Sears store and add 75,000 square feet of new retail space. The added space will become home to Total Wine & More and other national branded retailers.