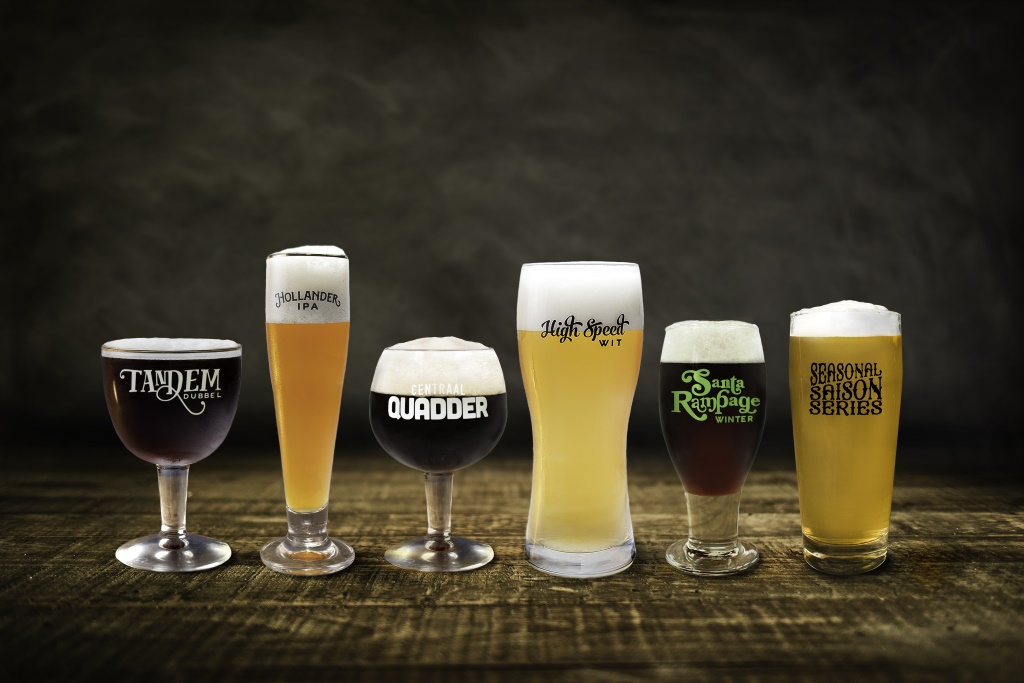 Milwaukee, WI – May 22, 2017 – Lowlands Group today announces an expansion of the Lowlands Brewing Collaborative, which brings the world’s best brewers together in a celebration of “bier culture.” Door County Brewing Co. is the latest addition to the collaboration, which also includes Brouwerij Van Steenberge and Brouwerij The Musketeers—two Belgian breweries—as well as Central Waters in Amherst, WI.

“We knew we wanted to offer a saison-style beer for the summer, it was just a matter of finding the right fit in a new collaborator,” says Dan Herwig, brand and marketing director at Lowlands Group. “Door County Brewing just gets us. We understand where they are coming from and vice versa. Their focus on Belgian-style farmhouse ales is super unique, and just happened to be the exact style we were looking to collaborate on with someone.”

Lowlands Group is opening its eighth restaurant in Brookfield, WI this May and Door County Brewing Co. is currently expanding its brewing operations just down the road from its current location in Bailey’s Harbor. The groups had been in talks regarding a collaboration for some time, and say the timing seemed right.

The Seasonal Saison Series will offer constantly-rotating saisons each season, the first of which is brewed by Door County Brewing and named Summer17. It’s described as a well-balanced saison brewed with Pilsner and rye malts, Fuggle and Golding hops, and is spiced with lemongrass, lime zest and grains of paradise. In addition, Door County’s Belgian yeast strains add complexity while still resulting in an approachable beer that has fruity, zesty and floral notes, perfect for summer.

“We couldn’t be more excited to collaborate with Lowlands Group on a style of beer that we are so passionate about,” says Danny McMahon, head brewer of Door County Brewing Co. “Our saison uses a handful of very unique ingredients but we were able to use them in a way that they all work in great harmony, where no one component overpowers another. This saison is complex, yet quaffable enough to be the perfect patio pounder for summer.”

“The thing we like best about working with Door County Brewing is the fact that it’s a family affair,” says Herwig. “When we talk with them, it’s like talking to the family brewers we work with in Belgium regularly. We’re really happy for their continued success and are proud to see such strong family brewing traditions continue to grow in Wisconsin.”

Lowlands Group owns and operates eight grand cafés in Wisconsin including: Café Benelux, Café Bavaria, and Café Centraal, as well as five Café Hollanders located on Downer Avenue, the Village in Wauwatosa, Hilldale in Madison, Mequon and Brookfield. It’s European-inspired Cafés feature from-scratch cooking and an impressive selection of Belgian beers. The company prides itself in its passion for cycling, bringing neighborhoods together and giving back to the community. More information can be found at lowlandsgroup.com.

Door County Brewing Co. is a family-owned craft brewery established in 2012 by John, Angie, Danny and Ben McMahon in Baileys Harbor, WI on the Door Peninsula. The Brewery focuses on Belgian, French and American-influenced styles and in late 2016, announced it would be expanding into a larger facility to continue their growth. Learn more at doorcountybrewingco.com.