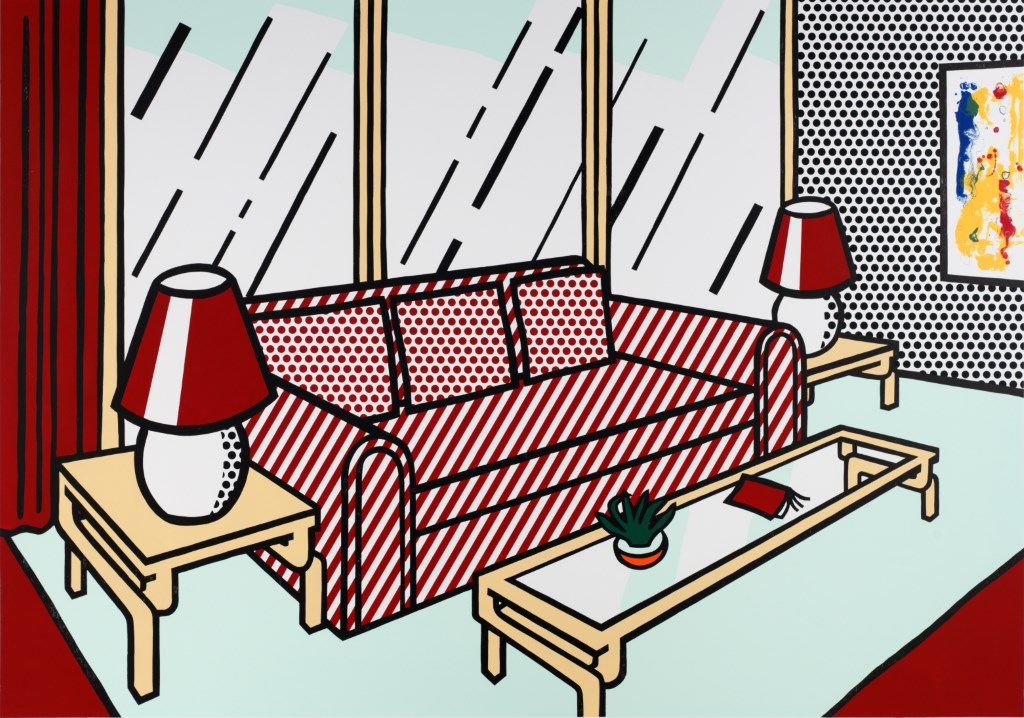 “Milwaukee Collects,” an exhibition of selected works from the archives of local art enthusiasts, opens today at the Milwaukee Art Museum. 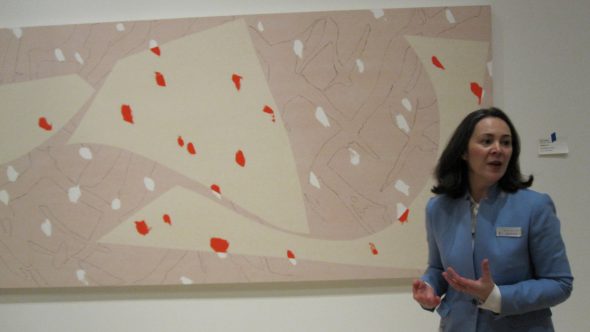 This is the first exhibition organized here by Marcelle Polednik, appointed the new director of the museum in May, 2016.

The choice of topic makes sense for a director who is new to town, and whose job description most certainly includes currying the favor of past, present and possible museum donors (of both art works and money) and whose entire job title is actually the “Donna and Donald Baumgartner director” of the museum, a title presumably earned through a generous donation to the museum.

A show featuring the works of potential donors has benefits for them: it is a good way for the collectors to let the public see where their tastes lie, how their paintings would look in a museum and maybe give the donors’ decorators a chance to redo their private galleries while the items are on loan.

“The works of art at the Museum are a direct expression of our city’s culture, reflecting the interests of the people who reside here,” Polednik said in a prepared statement. “As an institution, we’ve been wonderfully shaped by the collecting interests of the community, and that’s evident in what hangs on our walls and is stored in our vaults.”

It is clear that Polednik used her Ph.D. training to make the show more than a gathering of curiosities. This is evident in the contextualization of the collections into various themes, conceits and eras. 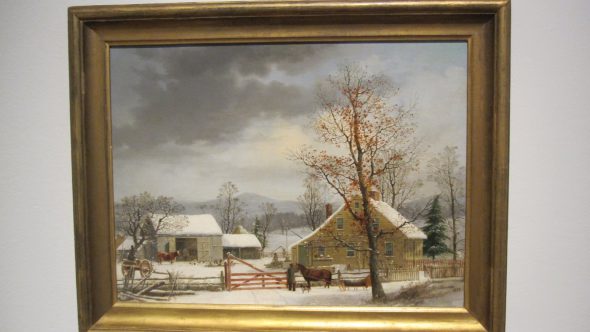 The show opens with a collection of earlier American art, which is a strength of the museum. This room is the “Old Money” set, with such things as a Thomas Sully portrait lent by the family of Louisa Bayard Phillips MacLaren. Her late husband, Wistar McLaren, was a direct descendant of Benjamin Franklin, himself a man with a reputation as a collector.

Not far away is a remarkable seascape by William Trost Richards (1833-1905), and a vivid country winter scene by George Henry Durrie (1820-1863), whose paintings were the basis for many Currier and Ives prints.

An explanatory note on the wall says, almost plaintively, that these are “examples by highly regarded artists who are not represented in the Museum’s collection and are exceptional in private ones.”

This seems to be a rather broad hint for the lenders of the paintings, who are identified as Eleanor R. Seaman, and her husband Douglas Seaman, who died in 2012 at 91.

The note on the wall goes on to note a “trove of paintings” in the room by Daniel Huntington (1816-1906) provided by his descendants. “Because the paintings sometimes feature family members as subjects, they form both a domestic and national record.”

A glance at the labels of the Huntington paintings show that they, too, belong to Eleanor Seaman. Will they someday belong to the Milwaukee Art Museum? Time will tell. 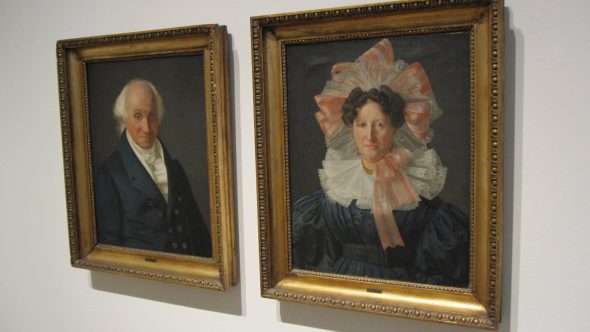 No such question exists further along in the gallery where a dour but charismatic man and woman are featured in dual portraits by the Danish artist Frederick Moller. The sign on the wall says that these are the “promised gift of James and Alice Nelson.”

Ludwig Knaus is featured in a very busy canvas of his entitled “The Golden Wedding,” a joyful and packed genre scene lent by Eckhart and Ischi Grohmann, who have their own museum at MSOE and their huge Man at Work collection there. This painting could be subtitled “Man at Play.”

A more familiar artist is Renoir, whose work is represented by one of the many paintings he did of peaches. According to the sign on the wall, this is from a “Private Collection,” nee “Anonymous”.

In fact it is safe to say that of the over 100 works from 50 collections in the display about 10 per cent are from unidentified collections.

By contrast, of 107 works displayed at the 1957 inaugural exhibition of what was then the Milwaukee Art Institute, only one was lent anonymously.

Deeper into the collection, we see how Milwaukeeans have focused their attention on various schools and trends in art. The Abert family, long donors to the museum, are represented by several works. Their collection was heavy on work by John Sloan, George Luks and others of the Ashcan School which was dedicated to showing life in the raw in early 20th century America.

Harry Grant, Mrs. Abert’s father, was the publisher of The Milwaukee Journal, so the connection to real-life events depicted in art provides a good example of how business and personal interests intersected in some Milwaukee collections.

Also appearing in many locations in the show are works owned by the late Constance and Dudley Godfrey, noted collectors of American art whose “Manumission of Dinah Nevill” (c.1795) by Jeremiah Paul is believed to be the first abolitionist painting executed in the United States.

The Decorative Arts wing at the museum bears their names. Will more gifts be forthcoming?

The collection quickly turns modern. Polednik notes that Milwaukee was one of the first cities to display and collect modern and pop art. This was in part due to the enthusiastic participation of local collectors. The institution was early in its acquisition of Warhol, Lichtenstein and other greats. Thanks to donations from local collectors, the Milwaukee Art Museum bought many paintings new that would be unaffordable today.

And, here in the show, the collectors’ names become more familiar to the museum-goer. A de Kooning drawing is one of many pieces in the show, including a Lichtenstein, belonging to Bud and Sue Selig.

The Seligs have an Ed Ruscha print on display, one of several in the show. Another Ruscha print is owned by Mark and Debbie Attanasio, providing a Milwaukee Brewers connection.

Selig upstages Attanasio with a series of Ruscha photographs of… parking lots. Is this where he got the inspiration to put Miller Park in the middle of nowhere? Art does influence life, you see.

The Attanasios have tremendous amounts of wall space in their various homes, including their 9,000 plus square foot University Club penthouse. Their two huge Glenn Ligon paintings on display must occupy a good 1,000 square feet of canvas.

Marianne and Sheldon Lubar pitched in with their own Ligon self portrait from 1996.

Other theme rooms in the exhibition show Milwaukeeans’ interest in the Chicago Imagists, Decorative Arts, the Dusseldorf School and other contemporary movements. We were paying attention to the folks down the road before New Yorkers did, thanks to people like dealer Dean Jensen, who lent a work to the show.

Even some Milwaukee artists are collectors, with Evelyn Patricia Terry lending a work by Simon Sparrow, although none of hers are to be seen.

In fact, it appears that Milwaukee Collects everything but Milwaukee (or Wisconsin) art. The only locally produced item I found was a Eugene Von Bruenchenhein work. It was a black-and-white photograph of his wife, and not one of the vivid colorful nuclear warscapes of Milwaukee’s most famous unknown artist, whose works were in only one collection at his death — his own.

A number of local institutions have featured private collections recently:

The trend is so pronounced we now have shows devoted to fictitious collectors. Thus, the Chipstone Foundation, established by Stanley and Polly Stone, displays “Mrs. M—–‘s Cabinet,”  an accumulation of real artifacts of an imaginary collector.

The Milwaukee Art Museum would not have existed without early Milwaukee collectors like Frederick Layton (1827-1919), whose private gallery became the nucleus of the MAM. The museum also built its strengths in Folk, Haitian, Outsider, Medieval, Decorative and other arts largely through the acquisition or donation of collectors here. The extensive collection of the late Peg Bradley, to date the museum’s largest gift, merits its own wing, not far from Mrs. M—–‘s Cabinet.

With this show the museum is in a sense revisiting its past. The Inaugural Exhibition, held in September 1957 of what was then The Milwaukee Art Institute relied heavily on private collectors who lent their El Greco, Rembrandt, Goya, Cezanne, Van Gogh and Picasso works for display.

The Milwaukee Art Museum’s “Milwaukee Collects” show will run through May 21st.

Photos from the Sneak Preview 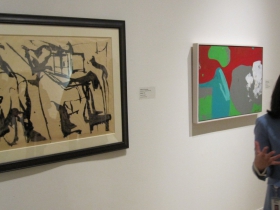 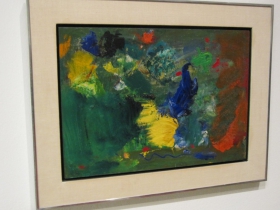 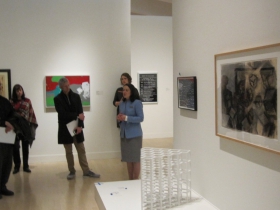 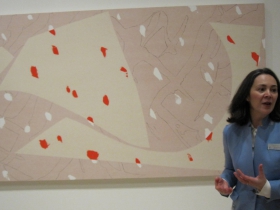 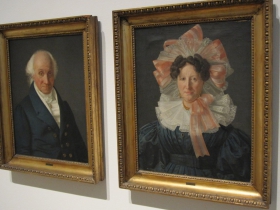 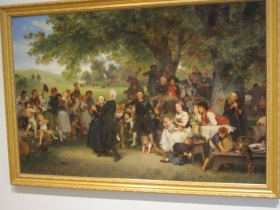 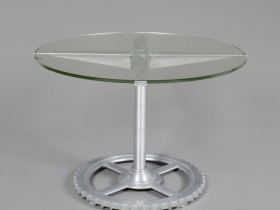 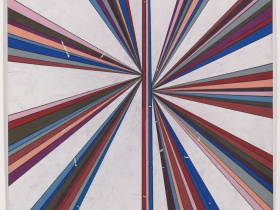 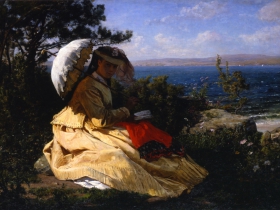 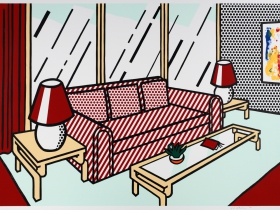 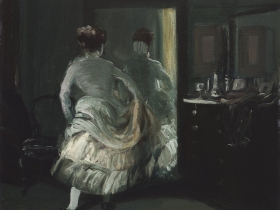 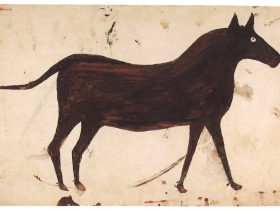 4 thoughts on “Art: Private Collections of the Wealthy”