Hidden Treasures: Art Nouveau and Arts & Crafts in our Midst

Milwaukee, WI – The Villa Terrace Decorative Arts Museum is pleased to present Hidden Treasures: Art Nouveau and Arts & Crafts in our Midst, an exhibition of a hitherto unknown collection in Milwaukee being presented to the public for the first time. (The exhibition title was chosen to emphasize that the collection is local, and to suggest that there is much to celebrate “in our midst”.) Opening reception Thursday, June 25 from 6:00 to 8:30 p.m. The exhibition runs through September 13, 2015 and is curated by Annemarie Sawkins, Ph.D.

The collector, John S. Winkowski (1944–2014) was particularly passionate about Art Nouveau and Arts & Crafts. During his life, he amassed a museum-quality collection of both decorative objects and two-dimensional works of art ranging in date from the late 1800s through the 1930s. The narrow date range of this collection affords viewers the opportunity to compare and contrast two distinct yet related styles, and to see the depth—and breadth—of what was created at the time. For this special exhibition, the Dake Room at the Villa Terrace is converted into a “corner” of the collector’s house showcasing Arts & Crafts, while the main gallery features an impressive array of Art Nouveau objects. Often utilitarian, the Art Nouveau in this exhibition, noticeably, captures elements of nature in new shapes and forms, or depicts the young woman (or maiden) who served as the artist’s muse.

Highlights of this collection include period lamps, furniture by L. & J.G. Stickley, pieces by Louis Comfort Tiffany, cameo vases by Emile Gallé, a large collection of European claret jugs, Royal Dux porcelain, bronzes by Emmanuel Villanis, and a standing figure by Charles Drouet. There are also lithographs by Alphonse Mucha, Paul Berthon, Emile Bertrand, and Eugène Grasset among others.

Samples of the artwork include:

The Württembergische Metallwarenfabrik in Geislingen, Germany known commonly as ‘WMF’ was formed from the merger of A. Ritter & Co. and Straub & Sohn in 1880. The company, which became the largest of its kind, specialized in the production of household and luxury metal goods, and in electroplating, a technique discovered in 1837.

The premier Art Nouveau artist, Émile Gallé played as essential a role in France, as William Morris in England. Born in Nancy, he studied botany and mineralogy before becoming an artist. In 1874, he took over his father’s factory which specialized in glass and ceramics. Quickly, he became an influential artist and head of a large atelier of craftsmen. A visionary art glass and furniture maker, in 1901 Gallé was one of the founders of the École de Nancy, (School of Nancy), a collective of artists, whose work gained international attention.

Created in 1889 by the writer Léon Deschamps, La Plume was a monthly publication featuring exhibition reviews, poems, short stories, and illustrations by avant-garde artists. Bonnard, Grasset, Toulouse-Lautrec, and Ensor were among its contributors. The magazine also organized regular exhibitions, known as the Salon des Cent, at its premises in Paris. In 1897, to coincide with his solo exhibition at the Salon, six editions of La Plume were dedicated solely to Mucha’s work. The August edition, shown here, features a red-haired woman with a plume (or feather to write with) in front of Pegasus, the icon of poetry and its sources.

A native of Milwaukee, John S. Winkowski began collecting art in his late 20s. With a degree from Marquette University and Masters in Social Work from the University of Wisconsin- Milwaukee, he embarked on a career with the Wisconsin Department of Corrections. After retiring in 1999, he became an even more avid collector of Arts & Crafts and Art Nouveau. In addition, to local and international auctions, John enjoyed art-focused trips and accumulated an impressive collection of books related to his interests. Though his collection was not well known, he shared his passion with others and talked about an exhibition before his untimely death.

More About the Curator Annemarie Sawkins

Annemarie Sawkins, Ph.D., is an independent curator, art historian, and author born in Durham, England. Her most recent curatorial project is More on Less: The History of Burlesque in America from Lydia Thompson to Amber Ray at the Charles Allis Art Museum, Milwaukee, WI through July 5, 2015. She is also traveling Afghan War Rugs: The Modern Art of Central Asia and has curated exhibitions on modern Rookwood. In 2013, she wrote catalogue entries for More Love: Art, Politics and Sharing since the 1990s for the Ackland Art Museum, University of North Carolina, Chapel Hill. From 1999 to 2012, she was a curator at the Haggerty Museum of Art at Marquette University, where she organized Lucinda Devlin: The Omega Suites (2010), Louise Bourgeois: Recent Works (2007), Eve Sussman: 89 Seconds at Alcazar (2005), Honoré Daumier: Political Caricaturist of the Nineteenth Century (2003), and Man Ray on Paper (2002). While at the Milwaukee Art Museum, 1997–99, Sawkins contributed to A Renaissance Treasury: The Flagg Collection of European Decorative Arts and Sculpture (1999).  A frequent juror and portfolio reviewer, Annemarie Sawkins has her M.A. and Ph.D. in Art History from McGill University in Montreal, Canada.

Two Exhibitions Explore the Spaces and Stories of Villa Terrace

Enter Through the Neptune Gate For Thursday Nights in the Garden at the Villa Terrace Decorative Arts Museum August 15, 2019 through September 12, 2019 Featuring Live Music and Neptune Bar 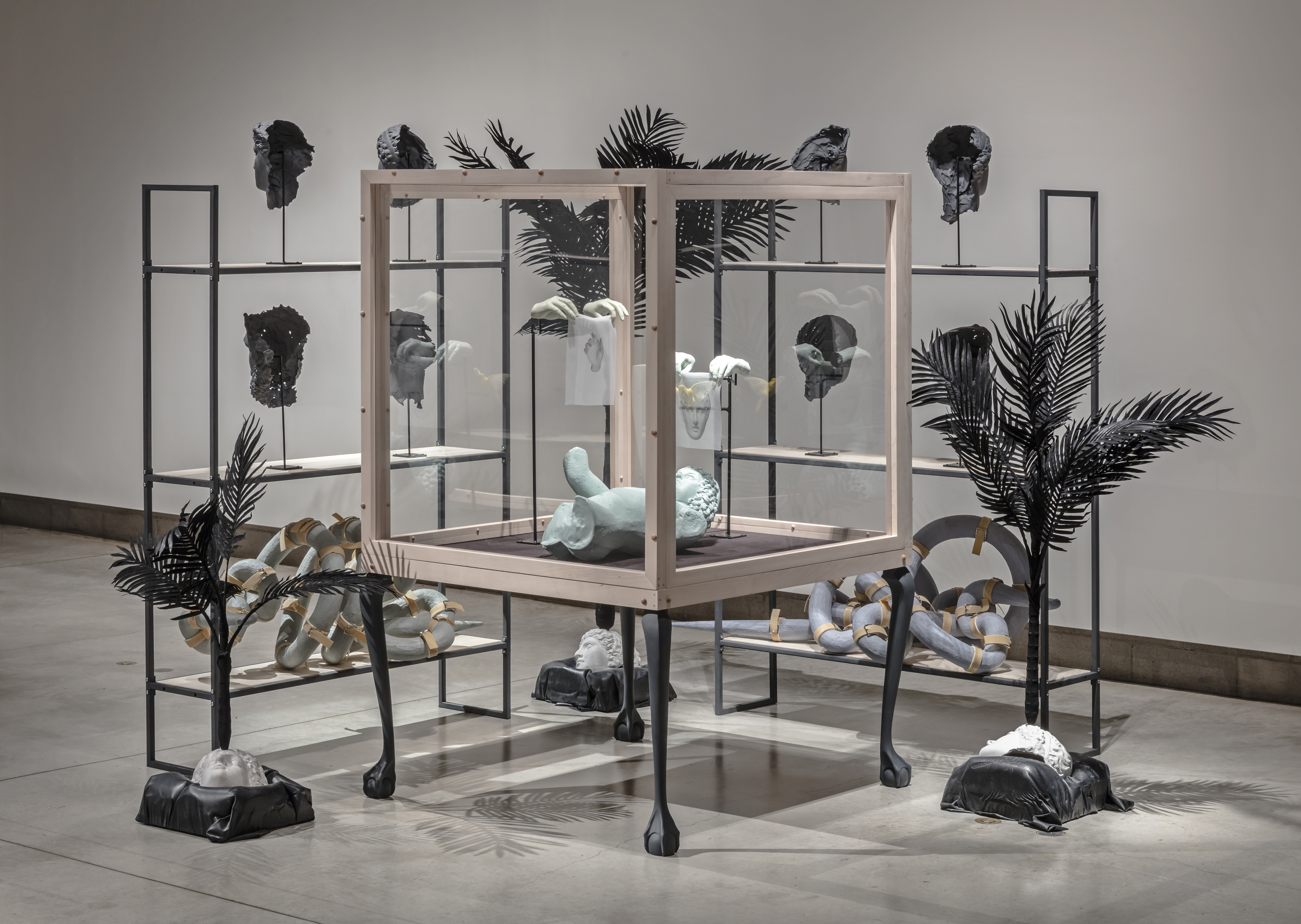 0 thoughts on “Hidden Treasures: Art Nouveau and Arts & Crafts in our Midst”