Forging ahead, but for how long?

The annual Doors Open Milwaukee weekend has come and gone. One of the 150+ open houses gave Milwaukeeans a glimpse into a rare business in today’s day and age, the Milwaukee Blacksmith. Founded in 2005, the business is a family affair led by Kent Knapp and his wife Shannon. The family’s children of working age Zoey Rae, Miles, Birdie and Oscar assist in making an assortment of items from pot racks to massive property securing gates and everything in-between. The family even created a huge steel sculpture of a classic Les Paul guitar.

Recently, the the Knapp family entered the world of reality TV and American culture.

Over four months, the History Channel filmed ten episodes of “Milwaukee Blacksmith,” which have been airing on History since August 23rd.

The TV show opens with: “Milwaukee’s a blue collar town built on hard work and American values.” True, though the Milwaukee Blacksmith’s location in the Historic Third Ward, 518 E. Erie St., just across the street from million dollar condos, is quite the juxtaposition that reflects old and new Milwaukee.

During the “Enter the Dragon” episode, where the family built a massive gate featuring a mythical dragon, Kent Knapp clued viewers into the struggle of running a small business. “I’m not gonna lie there have been times I’ve almost lost my shop due to unpaid rent,” he said. This was visibly evident during the tour as a donation box sat on a table with a note that read, “We are currently facing eviction. Please help us stay up and running! The Knapps.” Asked for a comment on the situation, Shannon Knapp responded via email “I am happy to report that thru sales and donations, we made enough to pay the back rent and stop the eviction.”

With the lease issue resolved, one wonders is it on to season two?

Our photos take you inside the operation. 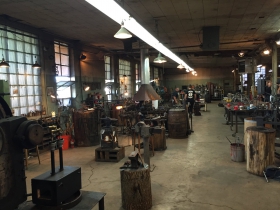 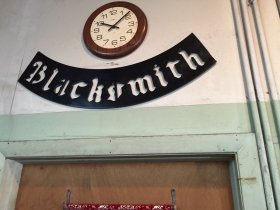 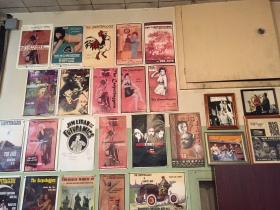 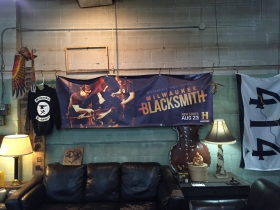 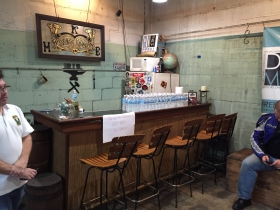 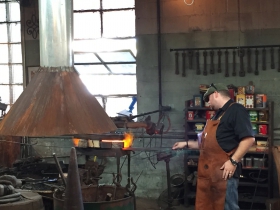