Why Rocky Marcoux Is In Trouble

New Common Council leaders want to ax the DCD leader. But why? Few will say.

They are circling the wagons to defend Rocky Marcoux, the city’s Commissioner of the Department of City Development.

On Sunday the Milwaukee Journal Sentinel ran an opinion piece defending Marcoux, and signed by a long list of civic heavyweights, from Milwaukee Bucks President Peter Feigin to Urban League leader Ralph Hollmon, from Greater Milwaukee Foundation head Ellen Gilligan to Marquette University President Michael Lovell. And the list of business leaders signing on to the pro-Rocky manifesto was long: Gary Grunau, Jeffrey Joerres, Sheldon Lubar and many others.

Clearly Marcoux has widespread support, including the backing of Mayor Tom Barrett.

Yet a majority of the Common Council voted, 7-6, with two members abstaining, against reconfirming Marcoux’s appointment. It’s only because Ald. Jim Bohl switched his vote to no and thereby had the right to call for reconsideration at the next full council meeting that Marcoux still has some hope of reconfirmation.

Barrett is said to be working behind the scenes to convert a couple council votes to yes. Meanwhile, the op ed from civic heavyweights suggests Marcoux and perhaps Barrett are lining up all the support they can get.

What’s surprising about the move to recall Rocky is that real estate has been booming in the city; this is arguably a golden age in development for Milwaukee. Adding more surprise is that aldermen Ashanti Hamilton and Bob Donovan, who supported Marcoux’s reappointment four years ago have voted no (Hamilton) or abstain (Donovan) this time around. Meanwhile Ald. Nik Kovac, an outspoken opponent of Marcoux in 2012, has now become a supporter.

Marcoux is the ultimate survivor, having worked with the city almost his entire career. He started at the Housing Authority of the City of Milwaukee in 1986 and worked there for 18 years, rising to the top post. He became the Commissioner of City Development in 2004 under Barrett and won reappointment in 2008 and 2012. Marcoux is best known for playing the role of super salesman, with high-speed speeches touting all the new development in town.

Four years ago the complaints against Marcoux were led by Kovac and downtown alderman Bob Bauman. Bauman noted that developers like Barry Mandel and Gary Grunau were unhappy with Marcoux. Compared to the days of former Mayor John Norquist, Barrett and Marcoux lacked vision, his detractors argued: “both Marcoux and the mayor are blind to good design,” as Kovac put it.

Another complaint was that Marcoux ran his department in an intimidating fashion. “It’s an East German state over there,” Bauman charged.

That may have explained why Ald. Jose Perez, a former DCD employee, joined Bauman, Kovac and Ald. Tony Zielinski (who has had fits of pique over disagreements with Marcoux) in opposing the DCD head in 2012. But Marcoux still won reappointment easily, by a 10-to-four vote.

This time around the opposition to Marcoux is coming from a different direction entirely. Shortly before the election one source close to Republican PR man Craig Peterson predicted he would support Ashanti Hamilton for Common Council President and they would oppose the reconfirmation of Marcoux. Sure enough, Peterson deftly created an alliance of African American council members, who tend to be liberals, with white South Side conservatives like Donovan, Mark Borkowski and the unpredictable Zielinkski, to elect Hamilton.

Now it’s largely members of that alliance leading the opposition to Marcoux “It’s essentially a power play by the new leadership of the Common Council,” says Bauman. “To some extent it’s power for the sake of power, to let the mayor know there’s a new sheriff in town.”

A Journal Sentinel story has suggested the opposition to Marcoux is because development has been too focused on Downtown and not on other neighborhoods. But the curious thing is that not one black council member has gone on the record to make that argument. (Ald. Milele Coggs came the closest, suggesting she would like to see more attention to the poorer parts of her district.) 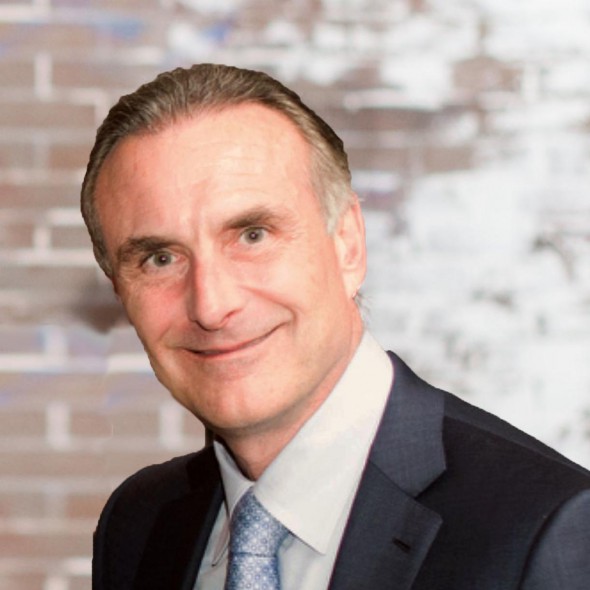 Two city insiders point to the role of developer Frank Crivello in the anti-Marcoux effort. Crivello had been a big player in real estate in the 1980s, but by the early ’90s he went through a bankruptcy and was convicted of felony fraud for lying to lenders. But Crivello and his Phoenix Investors contributed money to candidates in number of aldermanic races in 2016 and no sooner was Hamilton elected council president than he launched an anti-blight effort with Crivello.

Crivello is said to be allied with Peterson (they both supported Joe Davis for mayor) and has wanted Marcoux to change the zoning for a portion of the Midtown area from commercial to light manufacturing, so he can develop a former Lowes store into a manufacturer of some kind. “Crivello wants to send a message to Marcoux,” says one City Hall insider.

Meanwhile, Marcoux is working hard to lobby his opponents on the council. “He’s an excellent schmoozer,” says one insider who opposes Rocky. “He’s done a full-court press on this.”

His lobbying of the business community is being felt. “We’re getting two or three letters per day from business people and organizations backing Marcoux,” says Ald. Terry Witkowski.

Bauman, who opposed Marcoux’s confirmation in both 2008 and 2012 and this year as well, says he may switch his vote because he is so troubled by the “power play” against the DCD head. That may also be why business people like Granau and Mandel now support Marcoux — that and the fact that development has exploded since 2012. Kovac says he has switched to supporting Marcoux because the DCD leader has listened to criticisms and become more transparent and consistent. “He hasn’t been telling different stories to different developers,” Kovac says.

Perez remains opposed even though the Walker’s Point portion of his near South Side district has exploded with development in recent years; he has denied that his opposition is because of run-ins with Marcoux from back when Perez was an employee in DCD. He says Marcoux has resisted creative suggestions from council members and “is not innovative enough.”

Ultimately Rocky must get eight yes votes; the abstentions by Donovan and Coggs are the same as no votes when it comes to confirmation of appointments. So even if Bauman switches his vote, someone else would have to switch to yes or Marcoux is gone.

All eyes, I suspect, will be on two council members: Coggs, who has twice abstained but expressed no view on Marcoux and Khalif Rainey, who switched from pro-Rocky at committee to anti-Marcoux at the full council.

Of course, Hamilton is presumed to have visions of some day running for mayor. All those civic leaders backing Marcoux could make the council president reconsider his vote.

13 thoughts on “Murphy’s Law: Why Rocky Marcoux Is In Trouble”