Harbor House Is a Waterfront Wonder

Great views, elegant atmosphere and 89-cent clams and oysters are hard to beat. 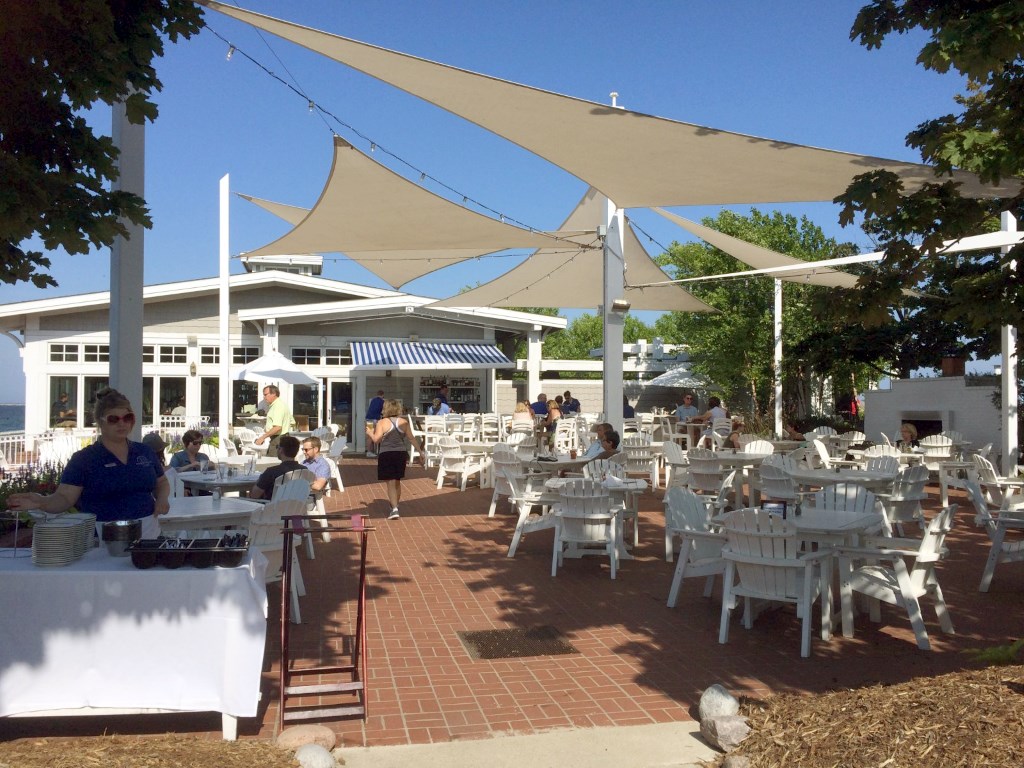 “Mostly sunny, with a high near 85. South wind 10 to 15 mph.” That is what it read in the top right corner of the menu at Harbor House this Monday. It may have been the greatest day in the history of patio dining and my lakeside table in the shade was the place to be. Harbor House (550 N. Harbor Dr.), a Bartolotta Restaurant, occupies a prime piece of real estate between the Art Museum and Discovery World on Milwaukee’s gorgeous lakefront. It is an upscale establishment that usually charges a pretty penny for their excellent surf and turf, but not during happy hour.

On the bike ride from my place in Walker’s Point to the Harbor House I rode north on Harbor Drive alongside the Summerfest grounds. Considering the humidity on the day after the Big Gig ended, I expected to inhale the stench of hot garbage and stale beer, but that wasn’t the case. Summerfest employees did a nice job cleaning up the grounds and preparing for the rest of festival season. After all, we’re not even halfway through summer! 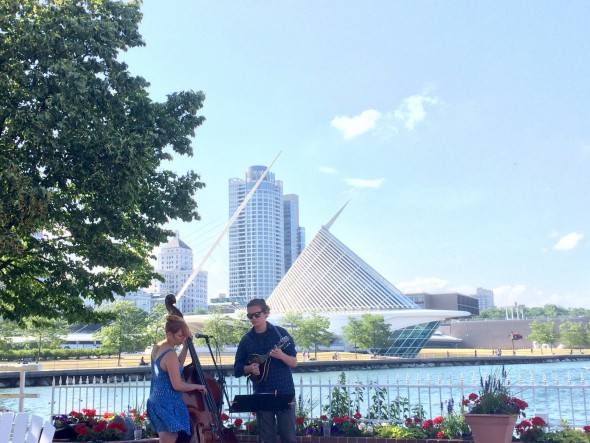 When I arrived at Harbor House I was pleasantly surprised to find Johanna Rose (New Boyz Club, Ruth B8r Ginsburg, Thistledown Thunders) and Ernest Brusubardis IV (New Boyz Club, Thistledown Thunders) as the musical guests, part of Harbor House’s “Music on the Patio Summer 2016” series. Rose and Brusabardis go by the name Hothead Caravan when performing as a jazz/gypsy swing duo and they’ll be playing many more Sundays and Mondays on Harbor House’s patio.

Rose informed me that earlier in the day she released the first song off New Boyz Club’s forthcoming debut album ahead of schedule, given the recent rash of police brutality. The song is called “Glory Glory, The Police State Will Fall,” and was recorded with a 24-person choir above Company Brewing. You can listen to it here.

The dichotomy of New Boyz Club’s powerful ode to injustice and the beauty and serenity of the Harbor House patio left me conflicted. Then a delicious Basil Grapefruit Martini calmed my nerves. Select cocktails are only $6 during Harbor House’s happy hour, which runs Monday through Friday 4 p.m. to 6 p.m. at the bar and on the patio only. Other drink deals are $4 tap beers and $5 wines. They currently have eight tap lines that include Three Floyd’s Yum Yum pale ale, Karben4’s Fantasty Factory IPA and a wonderful Lakefront red ale brewed exclusively for Harbor House called Breakwater Ale.

My server Krystal recommended the Basil Grapefruit Martini (Hendricks gin, St. Germain, agave nectar, ruby red grapefruit juice, fresh basil, served up), but they have seven other tempting concoctions. The Coup de Ville (cucumber infused Espolon tequila, strawberry puree, cilantro simple syrup, fresh lime juice, served up) would’ve been my second choice. Two of their cocktails, the Classic Old Fashioned and the Cranberry Orange Manhattan, are menu staples, with the other six rotating seasonally. The five $5 wines include a cabernet, a pinot noir, a chardonnay, a moscato and a sparkling option.

While the drink specials are affordable and plentiful, the most attractive aspect of Harbor House’s happy hour are the 89-cent oysters and clams, which must be ordered by the half-dozen. Having recently returned from a road trip out East with my family, where we ate fresh Chesapeake Bay oysters in Annapolis on the 4th of July, I now feel ruined for oysters. Those luscious morsels of mollusks had been picked out of the bay just hours before we devoured them. While we physically can’t match that level of freshness in Milwaukee, Harbor House’s extensive Raw Bar is hard to beat in town. They have eight oyster options daily, including two Chef’s Reserve, plus clams and caviar. Oysters come with fresh horseradish, cocktail sauce, red wine vinaigrette, Tabasco, a lemon wedge, and a sweat bucket for the bed of ice.

As far as the other drink options go at Harbor House, wine rules. They have well over 200 bottles of wine, ranging from $35 to $370, with one large format (1.5L) bottle at a whopping $700! Harbor House also offers eight whites, six sparkling, two rose’, and nine reds by the glass, from $9 to $30. They also carry five domestic bottles of beer, six imports, six craft, and one cider. They are the first place in town where I’ve found Plump Tuous, a scotch ale from Madison’s Next Door brewery.

Patio season is in full-swing and nothing truly compares to Harbor House’s spot on the lake. To be able to dine on the cheap at such a lavish, lovely establishment is a wonder. And what better way to liven up a Sunday or Monday afternoon (4 p.m. to 7 p.m.) than with live music on the patio? This Sunday catch the inimitable Jay Anderson blowing his horn at Harbor House. Also, before the music begins on Sundays they have a popular brunch buffet that includes a mimosa or bloody mary. 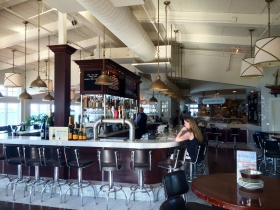 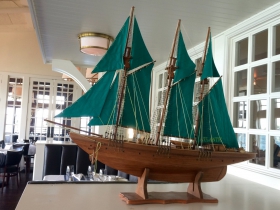 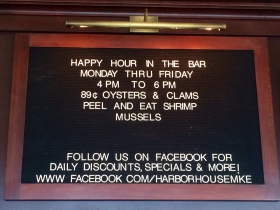 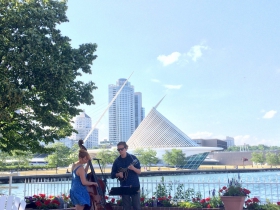 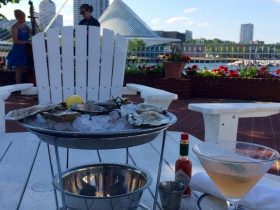