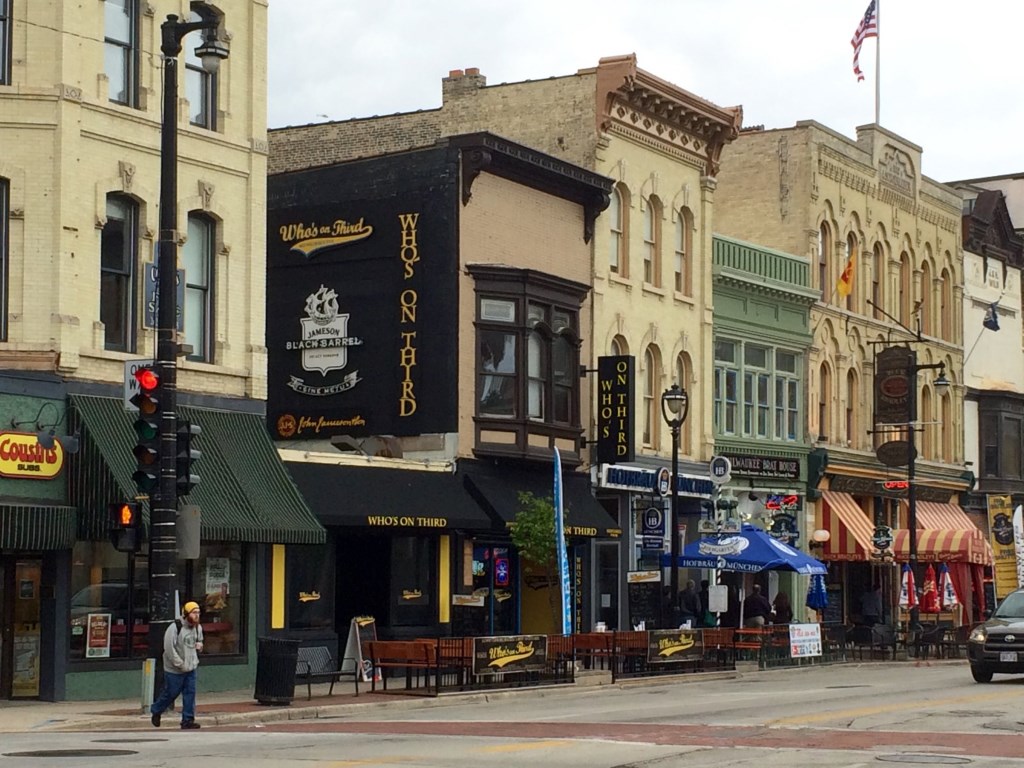 Who’s on third? That’s a question I can’t answer at the moment in terms of the Milwaukee Brewers. To be fair, they went through an unprecedented amount of off-season roster changes. Perennial slugger Ryan Braun is back, plus All-Star catcher Jonathan Lucroy, but beyond that, I can’t name anyone else. That said, you don’t have to know the Brewers lineup by heart (or the classic Abbott & Costello routine “Who’s on third?”) to enjoy the drinks, food and atmosphere at downtown sports bar Who’s on Third.

You can find Who’s on Third (1007 N. Old World Third St.) sandwiched between a Cousin’s Subs and the Old German Beer Hall across the street from Usinger’s. The bar was opened by Bobby Wiltgen, a former employee of the Trinity Irish Bars. Early reviews claimed the establishment had not done enough to differentiate itself from the throng of sports bars populating the Milwaukee area, and predicted their demise. But two years later the bar is still in business, with an even better happy hour than when it opened and a popular Jameson Black Barrel Club. Naturally, Who’s on Third runs a shuttle to all Brewers home games and its central location makes it a hub for fans of the Brew Crew.

When the bar opened their happy hour consisted of $1 off all beers and $3 rails. Today Who’s on Third offers $3 tap beers, $3 wine, and $3 rails ($4.50 for a double) from 3 p.m. to 6 p.m., Monday through Friday. The chicken tenders with fries is also half-off during happy hour, making the meal only $4.25. The aforementioned Black Barrel Club is considerably more expensive, with a bottle at $125. If you join the club your bottle will sit on a shelf behind the bar above a plaque with your name on it. Whenever you come in the bottle is yours to pour shots or mix drinks, with no additional charge for the mixer. There is currently a wait-list for the club and they are working on new incentives.

Dogfish Head microbrewery out of the small-town of Milton, Delaware has an interesting series of IPAs, which they continuously hop for a set amount of time, their 90 Minute IPA being the most popular of the bunch. This process makes for an exquisitely pungent hop flavor. Who’s on Third was one of the first bars in town to carry the 90 Minute IPA on tap. A pint regularly runs $6, making it the best beer deal during happy hour. The rest of their dozen taps range from $4 to $5.50 regularly and include seasonals from New Glarus and 3 Floyd’s, Founder’s Porter and Crispin. Their wine is half-off during happy hour, making their mini bottles of cabernet, merlot, chardonnay and pinot grigio only $3 instead of $6.

As far as classic American sports bars go, Who’s on Third has a pretty solid menu. They’ve got the staples: burgers, wings, sandwiches, and “the best cheese curds in town” (or so says their street sign). They also take full advantage of their neighbor Usinger’s, featuring the local brats marinated in Riverwest Stein and onions dressed up six different ways, from a standard Milwaukee Brat (raw onions and sauerkraut) to a Mac and Cheese Brat (topped with their homemade mac plus bacon). Their sweet potato chipotle cinnamon fries are perfect for someone with a sweet tooth, as they come with a side of marshmallow dip.

The first time I went to Who’s on Third was last year with my girlfriend before the 4-14 Day concert at Turner Hall Ballroom. We had just installed the backdrop she created for WebsterX’s performance and needed food before the show. Who’s on Third was right around the corner and their (grilled) bourbon wings totally hit the spot. They have a few uncanny wing sauces like Sriracha ginger and Scorpion whiskey. My girl ordered the veggie hummus platter (a hearty serving) and the house kettle chips, both to her satisfaction. (This Friday she debuts her latest backdrop at Company Brewing, Jungle Book-inspired scenery for Oakland-based band Shannon and the Clams performance.)

Who’s on Third has a lengthy list of weekly specials. Out of all the deals, the free mimosa with each brunch item (Saturday and Sunday 10 a.m. to 3 p.m.) is the most exciting. Other highlights include Tuesday $2 build-a-burger night, Thursday 50 cent wing night, and “Super Nintendo Sundays,” where you can play retro video games on their screens with $4 Smirnoff bombs. These deals are all in addition to their everyday $2.50 PBR Tall Boys, $3 McGillicuddy’s and $5 Titos mixers.

As befits a sports bar, Who’s on Third has multiple flat screen TVs and a projector in the back. They also have Wisconsin-sports-inspired artwork by Jimmy Cha Cha throughout the bar. They have a Golden Tee Live arcade, Touchtunes digital jukebox, Big Daddy Black Jack, $1 pull tabs and darts. There is no rental fee for their side rooms and they have dedicated patio seating outside the front of the bar. Who’s on Third is an official Milwaukee Bucks bar, but until hardwood action returns to downtown, it’s a great time to ride their shuttle to the Valley and cheer on the Brew Crew, no matter who’s on third. 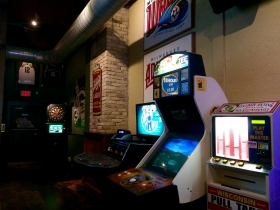 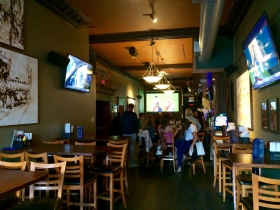 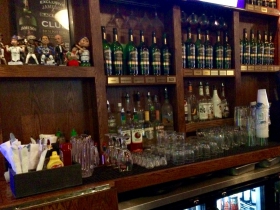 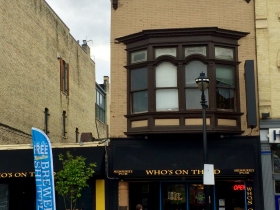 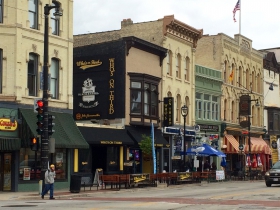 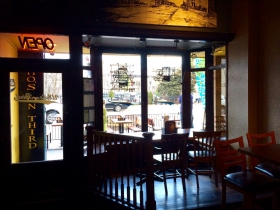 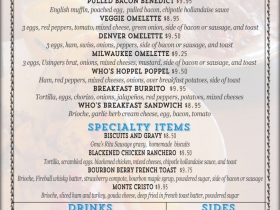 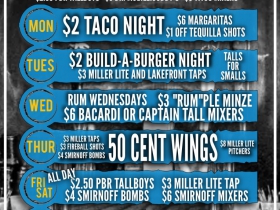 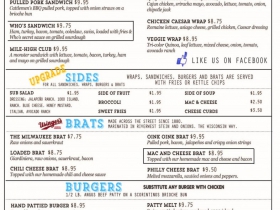 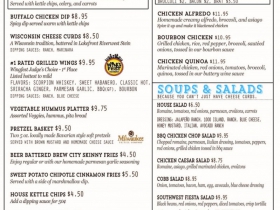