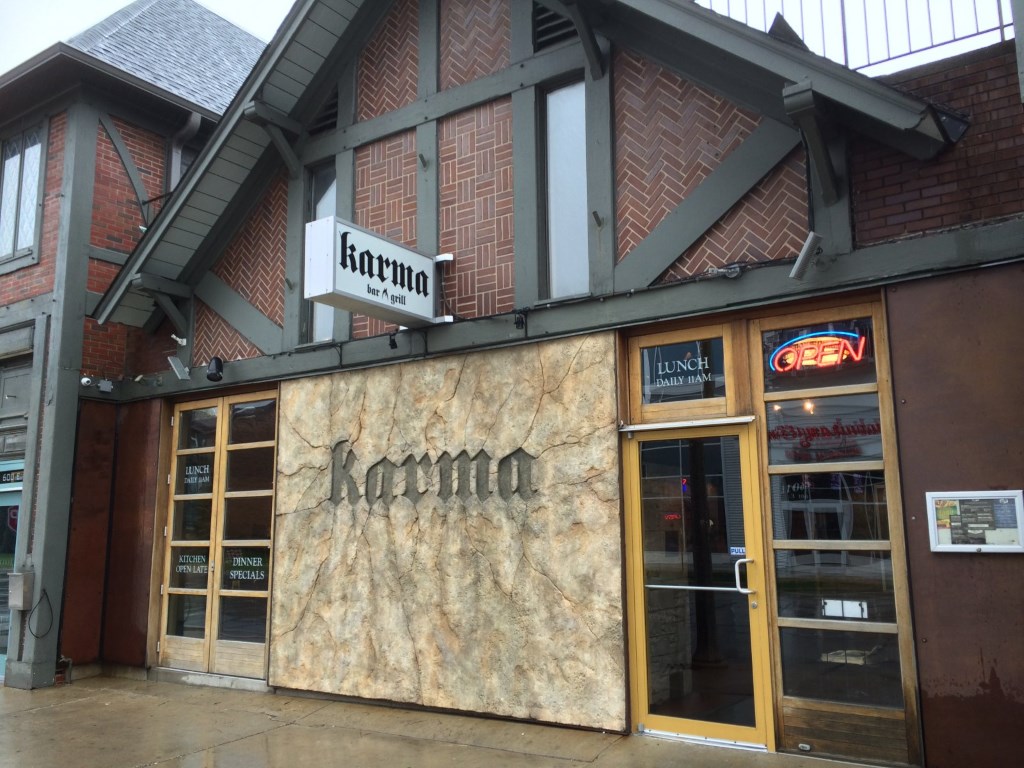 Karma Bar & Grill (600 E. Ogden Ave.) is located in the East Pointe Market Place, inside a building that dates back to 1878 and was the home of the John Ernst Cafe for over a century. The old German architecture remains inside and outside of Karma, which gives it a unique ambience. Karma was bought by Ari Domnitz in 2011 and offers quality pub grub, big-screen TVs, live music, and 17 dedicated tap lines. They have a wide selection of liquor, 10 tall boys and almost 30 bottles and cans. Karma runs shuttles to Summerfest and all Brewers home games. Best of all, their happy hour is one of the most extensive in town.

While many establishments limit their happy hour to Monday through Thursday, Karma not only includes Friday, but they also extend it an extra hour. Plus, they have a late night happy hour every night of the week! Happy hour is from Monday through Friday, 3 p.m. to 7 p.m. (8 p.m. on Friday), and then again from 10 p.m. to 1 a.m. all week. Early evening specials include $2 off all appetizers, $1 off tap beers, $3 rail singles and shots, $4 singles and shots of Evan Williams, Malibu, Absolut, Beefeater, Jameson, and Altos. Late night specials include $3 Lakefront taps, $3 bombs (excluding Jaeger bombs), and the same $4 singles and shots as during the early happy hour. The kitchen is open from 11 a.m. to 10 p.m. Sunday through Wednesday and until 11 p.m. Thursday to Saturday. After the kitchen closes Karma sells Pepi’s pizza.

When I stopped into Karma this week I got a chance to talk with the owner. One of Ari’s first orders of business at Karma was to revamp the kitchen. Karma now features 90 percent from scratch cooking, in-house meat smoking and even makes their own ranch dressing. The chipotle ranch goes perfect with their cheese curds, tater tots and Memphis-style fried pickles. It was Taco Tuesday when I visited, which includes $2 beef, chicken, fish, shrimp, pork or chorizo tacos (or taco of the day), as well as a $10 platter (3 tacos mix and match with black beans and rice or chips and pico de gallo), $10 pitchers of margarita ($12 regularly), and $3 house lime or strawberry margaritas (everyday price). The taco of the day was Szechwan chicken and it was delicious.

Karma Bar has a bunch of weekly specials and regular events including live music on Tuesdays and Fridays after happy hour. They have trivia on Sundays (noon), Mondays (7 p.m.) and Thursdays (7:30 p.m.). Saturday and Sunday they have brunch, plus $5 bloodys and mimosas all day on Sunday. During lunch hours (11 a.m. to 3 p.m.) their All-American Burger basket is $6.50 (regularly $9), as well all night on Thursdays. Their Friday Fish Fry is $11.99 for a regular serving and $14.99 All-You-Can-Eat.

Wednesday night is the Open Mic Under the Stairs, currently hosted by Ramie Makhlouf. It is one of the most consistent comedy open mics in town at four years running and is held in their downstairs Sutra Lounge. Sign-up is at 7:30 p.m. and the show starts at 8 p.m. “We are one of the pioneers of the non-club comedy show,” Ari added, referring to their monthly showcase of comedians each third Friday.

I enjoyed a Lakefront Black IPA at Karma. Other recommended tap beers at Karma include Karben4’s Fantasy Factory, Guinness Nitro IPA, Tyranena Rocky’s Revenge, and Bell’s Oberon, ranging from $3 to $6 regularly. The happy hour deals are good here, but all the entertainment adds to the fun. 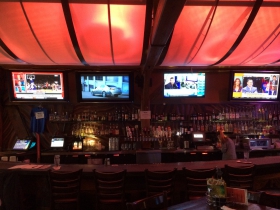 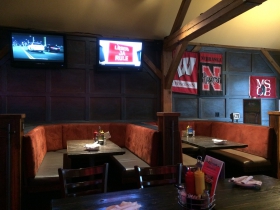 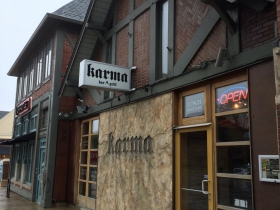 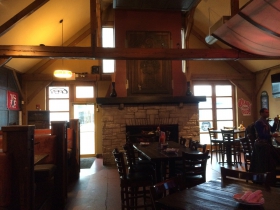 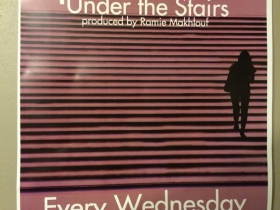 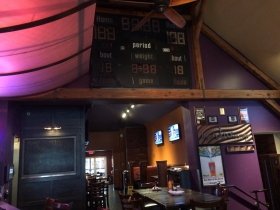