Is it Canal or Fairview, McKinley or Knapp, Third or MLK Drive? Yep, it’s confusing.

Changing the name of a street is usually not popular with the street’s residents. They have a new address to deal with and documents to update. Businesses complain their marketing materials with old addresses become obsolete. Both groups are accustomed to the current name and do not want it changed for any reason. They also fear confusion and mistakes will result.

So a potential renaming becomes controversial. Protests are showered on officials in the form of letters, petitions and other communications of unhappiness. Meetings and hearings are held. During the 1920s, this scenario played out dozens of times when city officials were grappling with duplicate street names and streets with multiple names along their length.

These naming confusions created difficulties for people trying find their way around town and for locating addresses, particularly for emergencies requiring firefighters and police officers. Despite the objections of residents, nearly 200 names were eliminated from the city’s street map, including the most notable, Grand Avenue, whose merchants put up a fierce but losing battle when their street was renamed W. Wisconsin Avenue.

There was one successful protest and that was in fighting off the name Canal Street. The policy that a street could have only one name on its entire length required that Johnson Street, which ran from W. 60th to W. 68th Streets, be renamed Canal Street because it was in the same east/west line. But Canal Street was in the Menomonee River Valley, a dirty, noisy industrial area, while Johnson Street was residential and on land high above the valley. When the name of this street was changed to Canal Street, the residents were irate. 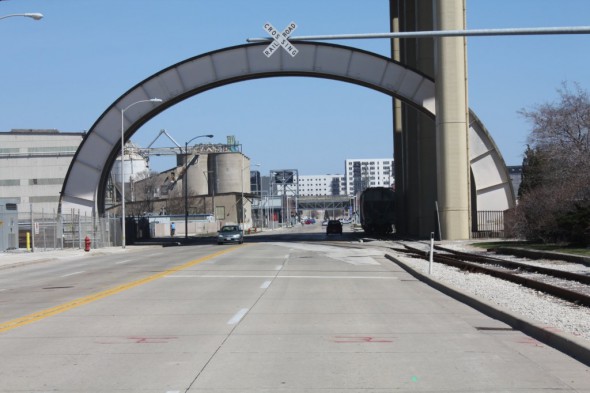 Does Canal Street have a bad reputation? Photo by Carl Baehr.

They petitioned the city for a change. They did not want the name because, they claimed, “as everybody knows throughout the United States the streets having the name ‘Canal’ have a very poor reputation.” The petitioners argued that their street was not contiguous with Canal Street and that it would never be near a canal. They wanted it changed and they weren’t going to be fussy. “Fairview or any other suitable name” would be acceptable. On March 1, 1927 their wish became law and that section of Canal Street became Fairview Avenue.

As the city grew, new land on a line to the west of Fairview Avenue became part of the city. The erratic border between Wauwatosa and Milwaukee compounded the problem. Wauwatosa called the street Hawthorne Avenue from N. 84th Street to midway between N. 89th and N. 90th Streets. From there it carried the Milwaukee name of Fairview Avenue to N. 92nd Street.

Consequently, a person traveling west on W. Hawthorne Avenue would, in mid-block, enter Milwaukee and be on W. Fairview Avenue.  This caused no end of confusion for delivery people and visitors looking for a Fairview address on Hawthorne and vice versa.  But the residents of the Fairview section petitioned the city to solve the problem and, in 1943, Hawthorne Avenue became their new address.

But the section of the street from 60th to 68th in Milwaukee remained Fairview Ave. and that left a street with three names instead of one, something the planners of the Street Renaming project, which took 17 years to complete, worked so hard to eliminate.

Later, another street underwent a change that also left it with three names instead of one. In 1968, shortly after the assassination of Dr. Martin Luther King, Jr., the Baptist minister who won the Nobel Peace Prize for his nonviolent struggle for racial equality, there was a resolution in the Common Council to rename Center Street for King. That did not pass. In the following years, many cities named a street after the African-American leader. They were often significant streets that ran through black neighborhoods. The changes were often controversial and the same was true in Milwaukee.

In 1983, there was a movement to rename N. 3rd Street to honor King. Merchants in the downtown section of the street did not want it renamed and worried that the name, which was often associated with poverty and blighted neighborhoods, would harm their businesses. A compromise was reached.

The section of N. 3rd Street from W. McKinley Avenue south to Wisconsin Avenue was renamed N. Old World 3rd Street to promote the German businesses, like Mader’s Restaurant and Usinger’s Sausage, which had been on the street for many years. The rest of 3rd Street kept its name, resulting in three names for the thoroughfare.

There are other examples of streets being given more than one name in recent years. A portion of N. 7th Street is now known as N. James Lovell Street, named for the astronaut. A section of S. 16th Street is now called S. Cesar E. Chavez Drive for the labor and civil rights leader. As a result of tearing down the Park East freeway, East Knapp Street and W. McKinley Avenue are now connected by a bridge, which under the 1920s Renaming Program would have required one of them to be renamed. But that hasn’t happened. The people who were involved in the difficulties of implementing that program must be rolling over in their graves. 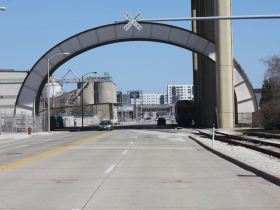 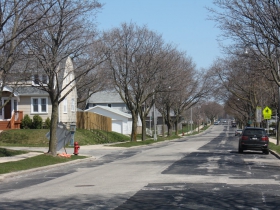 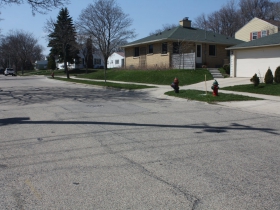 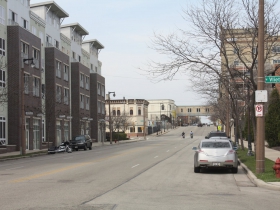 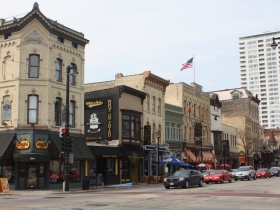 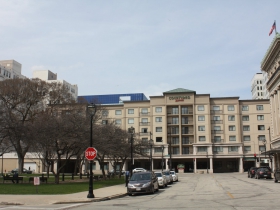