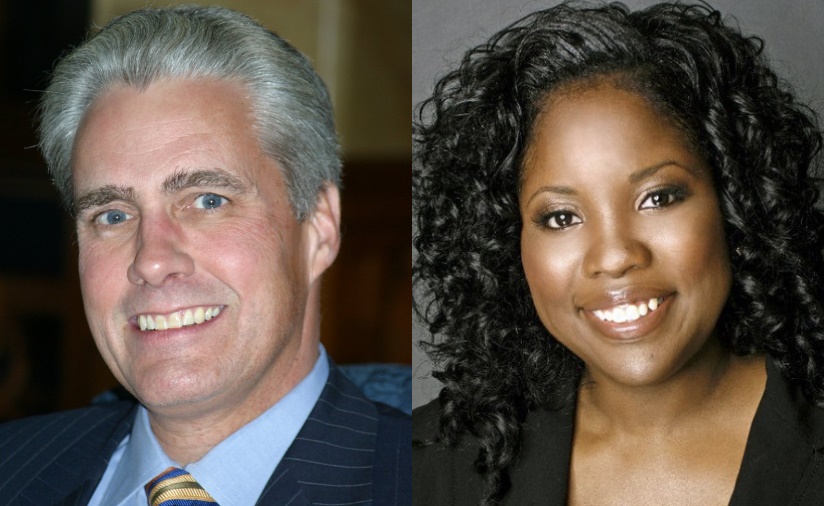 It was back in January 2015 that an opponent of the streetcar privately predicted to me that 4th District Ald. Bob Bauman would be defeated in his bid for reelection. It would appear that streetcar opponents found their candidate to oppose Bauman, a woman named Monique Kelly, who has also gone by the name of Monique Taylor and has a long list of court cases in which she was involved.

Kelly doesn’t live in the district, has no website for her aldermanic campaign and hasn’t attended any candidate forums, but does have a Facebook page, which includes messages against the streetcar. Kelly also allies herself on Facebook with two other streetcar opponents, Tory Lowe, who is running against Ald. Milele Coggs in the 6th aldermanic district, and Ald. Joe Davis, who ran for mayor. All three candidates are supported by Craig Peterson, CEO and President of the PR firm Zigman Joseph & Associates, who worked on the failed referendum effort to defeat the streetcar.

Kelly’s campaign finance disclosure form lists no contributions from anyone in the district, but includes a $100 donation from someone living in Norristown, PA, and 738.98 in in-kind services from Peterson. Yet, when I called and talked to Kelly and asked her what the major issues are, she didn’t mention the streetcar, instead saying the major issues are crime, lack of jobs and drug houses in the district. The 4th district’s boundaries are basically between McKinley St. on the north and the Menomonee Valley to the south, from the lake to N. 35th St. Thus it combines the mostly poor neighborhood of the near West Side with toney high-rises of Downtown.

Bauman says he’s heard that Kelly has told some constituents he only cares about Downtown. But Bauman notes he has lived on N. 29th St. and W. Kilbourn Ave. for 19 years. “It’s kind of crazy to suggest I wouldn’t be trying to help my own neighborhood.”

The challenger confirmed that she goes by two different names and says that it’s for “personal reasons.” She shows up in court records from 2003 to 2006 as Monique Kelly, with several cases of operating while her driver’s license was revoked, all dismissed, and with an unemployment compensation warrant to pay $1,100. From 2013 to 2016 she shows up in court records as Monique Taylor, which include charges for another unemployment compensation warrant, two eviction notices, an operating after revocation to which she pled no contest, and charges of disorderly conduct (she pled guilty) and criminal damage to property (which was then dropped by the prosecutor).

As Monique Taylor, she worked as a human resources specialist for the Milwaukee County sheriff’s office, beginning in 2009, according to her LinkedIn page, but lost the job in 2012.

Since then she has described herself as a “Community Organizer and Family Advocate” without listing any employer.

As Monique Kelly, she was quoted in a story by Fox 6 saying she has worked with those who were traumatized by Lincoln Hills.

Yet she also appeared in a Fox 6 story as Monique Taylor as someone helping victims of violence, a story told about her at more length in the Milwaukee Journal Sentinel.

As Monique Taylor, she won a seat on the board of the Social Development Commission representing a north side district. She also used that name to run in the April 2014 aldermanic primary to replace Willie Hines, but failed to submit sufficient valid signatures to gain a place on the ballot.

And it was Monique Taylor and her frequent confederate Tory Lowe who met with Orville Seymer and the Citizens for Responsible Government to plot a recall effort against Milwaukee County District Attorney John Chisholm. Though the effort never materialized, it now seems to have been transformed into an effort to support Verona Swanigan against Chisholm, under Peterson’s direction.

And when an anonymously funded group called Citizens for Urban Justice, led by Peterson (who made the ad buy) ran some slippery ads targeting Sheriff David Clarke’s opponent in the August 2014 primary election, they featured Taylor as the spokesperson. She introduced herself as a mother and community activist and recited the names of men who have died at the hands of Milwaukee police. “Now a lieutenant in that same police department wants to be our sheriff,” Taylor warned.

Peterson lives in River Hills but has been very involved in trying to elect various city politicians, including county supervisor-turned alderman Mark Borkowski. It was Peterson who handed an anti-Bauman story to the Journal Sentinel columnist Dan Bice on a silver platter. Bice reported that Bauman “has rewarded himself with a political perk by using donated funds to keep a year-round campaign office, something usually done only by major candidates with election staff.” The only source Bice could find to suggest the situation was nefarious was Peterson.

Bauman contends that Kelly has “no connection to the district” he represents. She notes that the SDC district she represents (as Monique Taylor) includes the aldermanic district. She adds that legally, she can run for the office and move into the district after being elected. Precisely where Kelly now lives is unclear: she was served with an eviction notice (as Monique Taylor) for the address she listed, 2515 N. 35th St., on the campaign finance disclosure form for Monique Kelly.

Bauman says Kelly hasn’t appeared at any candidate forums. “One was at the African American Women’s Center. I was there. I spoke. She was a no-show. And she declined to do the Downtown Neighborhood Association Forum, so it was cancelled,” Bauman says.

Kelly denies this. “I was not informed of any forum,” she told me. Shortly after this, she terminated the interview, saying my questions were too negative.

On a YouTube video touting her candidacy, Kelly cites the streetcar as an example of “poor management of taxpayers’ dollars, for example the streetcar project,” and claims it will cause a “spike” in bills charged by We Energies. No evidence is cited for this, and since the courts have so far ruled that the city must pay for all utility costs associated with the streetcar project, there’s no case to be made.

Bauman says he’s heard almost no complaints about the streetcar while going door-to-door. “That attack might make sense on the South Side, but the streetcar is actually happening in my district. It will directly redound to the benefit of downtown businesses.”

33 thoughts on “Murphy’s Law: The Plot to Defeat Bob Bauman”