Bob Bauman's house is 119 years old, with two fireplaces and one lonely bathroom. 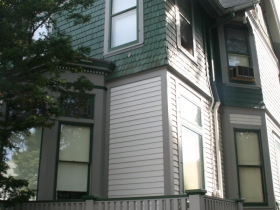 When this single family house was built in 1893 it was within a couple of blocks of a streetcar line, which opened this west side neighborhood (now known as the Concordia neighborhood), to rapid development of Chicago-like density and provided speedy access to downtown.

Since 1997, when the dwelling sold for $38,000, it has been the home of Chicago native Robert J. Bauman, 60, who has served as 4th district alderman since his election in 2004 after a career as an attorney [Northwestern University ‘77] and owner of a firm that reconstructed railroad passenger cars and equipment. Although the streetcar is gone, (and there is no greater advocate of its return than Bauman), the property has a “very walkable” Walk Score of 73, which means Bauman can take care of most of his errands on foot until the train arrives. This includes getting to work at City Hall, which is just over 2 miles away, in under three-quarters of an hour.

The taxes on this property, based on the 2011 assessment, total $2,169.34, which Bauman pays on the installment plan, with payments up-to-date, and only $168.51 away from being paid in full. There are no service requests, violations, special assessments or permits outstanding on the property, with the last of the latter dating to 1998 when some plumbing work was done, perhaps to get that lonely bathroom ready for its new occupant.

Bauman gets to vote for himself and others at Our Savior’s Lutheran Church, just two blocks away at 3022 W. Wisconsin Avenue, where for the last 70 elections he cast a ballot, usually in person, although he voted absentee in the August primary, and once in 2011.

Fun Fact: Alderman Bauman was presented with the 31st annual Spaces & Traces Historic Preservation Award on May 17th as part of Historic Milwaukee’s Spaces & Traces event being held in the Concordia neighborhood.

How Milwaukee Is It? The house is 2.3 miles from Milwaukee City Hall. 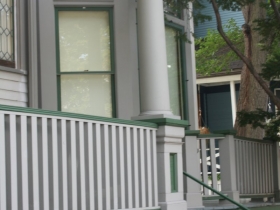 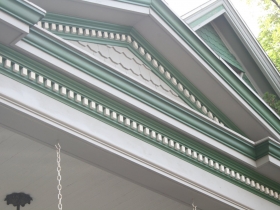 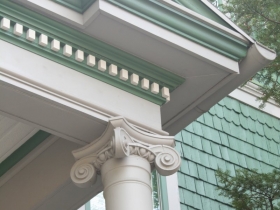 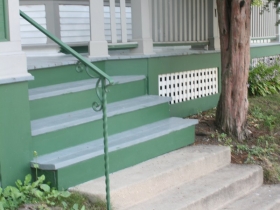 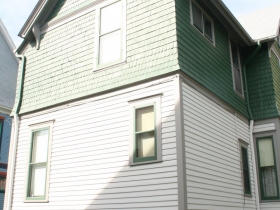