And plenty of drink and food specials. 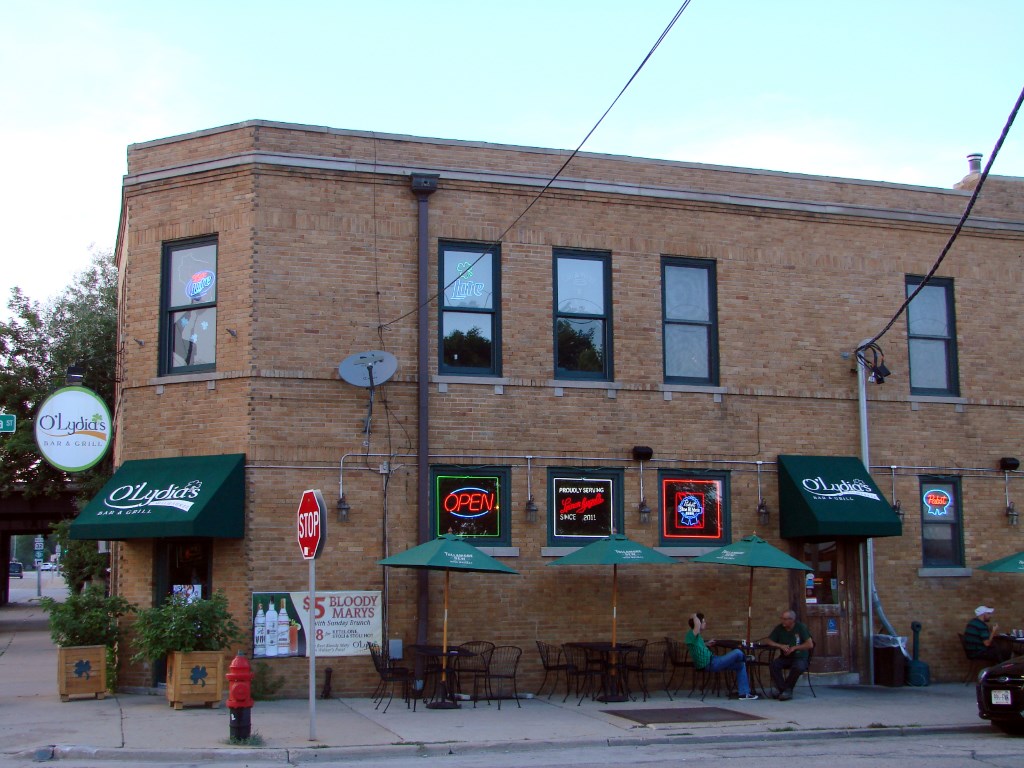 Ah, St. Paddy’s Day. Nothing reminds me of the majesty and splendor of the Irish countryside and the amiability of the Celtic people more than green beer, cheap beads, and corned beef. Oh wait, I’m almost positive dyed beer and plastic pendants have nothing to do with the old country, which just leaves corned beef. It was popular on the Emerald Isle…about a hundred years ago. Today you’d be hard pressed to find it on a pub menu outside of Dublin, but it was a staple back when Irish immigrants flocked to our shores, which speaks to how much St. Patrick’s Day is more an Irish-American tradition than anything else. 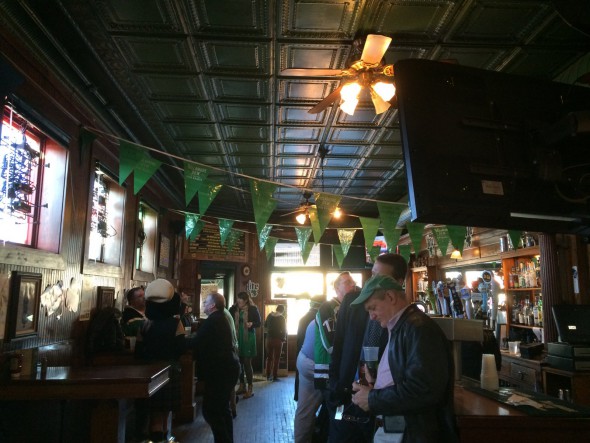 Maybe that’s why my Irish-British sister-in-law was lukewarm about her first St. Paddy’s Day celebration in Chicago, but I wouldn’t let that kind of (totally legitimate) nay-sayer attitude stop me from partaking in some of Milwaukee’s March 17th revelry. When I saw that nearby O’Lydia’s (338 S. 1st St.) would be open at 6 a.m. on the big day I decided to make it my breakfast destination before work. I stopped in hoping to score some corned beef and hash, but was a bit bummed to find only danish. The pastries were on the house, so that was a plus. As I arrived the first Hiawatha train of the day from Chicago was rumbling into Intermodal Station. O’Lydia’s sits directly underneath the tracks and when a train rolls by it shakes the place like you were under an “L” in Chicago, definitely one of the perks of the pub.

It turns out O’Lydia’s has a very good happy hour, with $3 taps, $1 cans of PBR and PBR Light, and $4 tall rails from 2 p.m. to 6 p.m. Monday through Friday. Their 17 tap offerings include a mix of imports (Guinness year-round) and domestics, including some of the best craft beers around. During my 7:30 a.m. visit last week I was tempted to order a glass of Surly Coffee Bender, but I responsibly ordered a regular coffee instead. While I dipped my danish in the warm cup of joe I noticed the “Wisconsin Hot Coffee” on their seasonal cocktail list. Instead of Bailey’s Irish Cream, O’Lydia’s version is mixed with Wisconsin’s own Kringle cream liqueur. Another one of their cocktails, “The Kringle Crush,” combines Kringle cream liqueur, Tito’s handmade vodka, and Tia Maria coffee liqueur on the rocks. I would not advise imbibing such a dangerous (and most likely delicious) concoction before work, but I did eventually order an innocent shot of Kringle cream for my coffee.

When I returned after work to O’Lydia’s the green beer and Guinness was flowing, the corned beef was simmering and the Irish stew was bubbling. With the exception of the color-treated Miller Lite, all of those menu options are available year-round at O’Lydia’s. Their menu features an interesting mix of Irish-American favorites, pub fare, and some originals like the Shrimp and Brie, which is wrapped in bacon and deep fried.

O’Lydia’s also has a host of weekly drink and food specials. Monday is $5 jumbo margaritas and $4 Coronas from 5 p.m. to close with All You Can Eat tacos for $5.95. Tuesday they have $2 domestic bottles (5 p.m. to close) and All You Can Eat lasagna (two options rotating weekly) for $7.95. Wednesday is 50 cents off all taps from 5 p.m. to close and 50 cent wings. Thursday is $2 you call it shots from 9 p.m. to close and half-pound Angus beef burgers for $4.95. Friday and Saturday they have $1 cans of PBR and PBR Light from 9 p.m. to close, with Saturday brunch from 10 a.m. to 2 p.m. and a Saturday night prime rib dinner (plus another rotating dinner special) for $14.95. With their Sunday brunch they serve $7 jumbo bloody marys and happy hour all day, plus Buy One Get One half-off appetizers from 3 p.m. to 10 p.m.

With close proximity to Downtown their shuttle service gets you to all Bucks, Marquette and UWM basketball games in a jiffy, not to mention Brewers games. Bring in your same day game ticket for $1 off Skyy vodka cocktails.

O’Lydia’s has been owned by Linda Sackett for five years as of last month. When I asked her about their first St. Paddy’s Day, which happened within a month of opening, she got a bewildered look on her face. “It was overwhelming,” she finally responded, “but it was a ton of fun.” St. Paddy’s Day is of course the biggest day of the year for any Irish-American bar, with some even hanging up countdown clocks in their establishment. O’Lydia’s has two sections, an original cream brick main room and a side addition. Both were packed on St. Patrick’s so I ordered my Coffee Bender beer and headed out to their cozy patio, which looks west across 1st Street.

The sun can make such a difference on a 50 degree day. As I sat on O’Lydia’s patio I closed my eyes, basked in the Vitamin D rays, and traveled back a couple summers ago to when I was similarly soaking in the sun on the Cliffs of Moher. This blissful moment of nostalgia was cut short when the Irish folk music coming through O’Lydia’s speakers was interrupted by a 102.1 DJ announcing the next Summerfest ticket giveaway winner. Oh well, if you can’t get to the Emerald Isle this summer you can at least look forward to Irish Fest in August, and you can definitely count on O’Lydia’s for a shuttle ride, not to mention, Irish fare, Irish cheer and affordable drinks all year round. 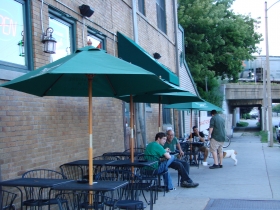 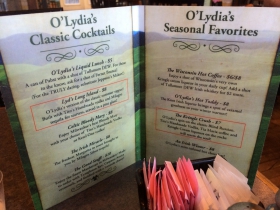 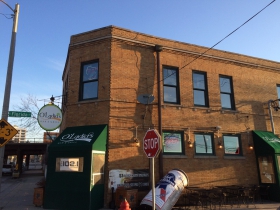 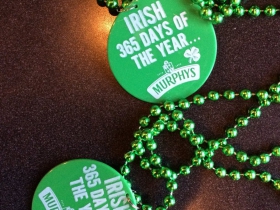 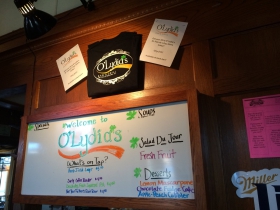 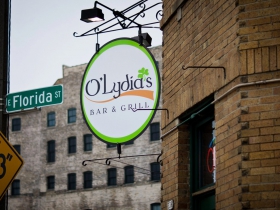