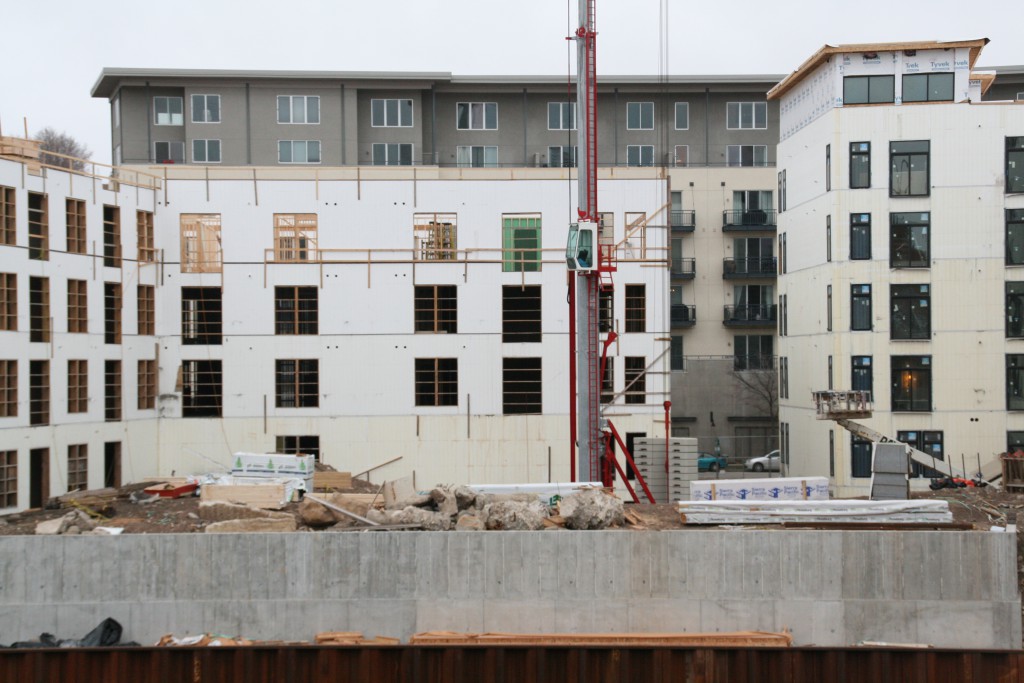 Walker’s Landing, a 133-unit apartment building, is finally close to completion on the Beerline. Originally approved in late 2013, construction has been more or less ongoing since then. As we’ve previously reported, the building is strangely trans-neighborhood, touted as having Historic Third Ward quality, but with an oddly Walker’s Point-esque name, yet located in the portion of Riverwest branded as the Beerline B.

Designed by Eric Ponto and team at Engberg Anderson, the building is being developed by the Kendal Group Ltd. The project has an expected cost of $19.5 million.

Construction on the two-phase project began in late 2014, with Bedford Builders LLC and VJS Construction Services providing contracting services. The project is located along N. Riverboat Rd., just west of the Humboldt Bridge and just east of where N. Commerce St. splits to the north to climb towards E. North Ave.

Now that much of the massing of the second phase is in place, the character of that block of N. Riverboat Rd. is substantially different. The narrow stretch now has two buildings looming over it, forming an urban canyon not found in many places outside of Downtown. Residents of the lower floors of the Union Point condominiums, located just north of the new apartments, likely lament the loss of their views. But, Union Point’s first-floor retail tenant, Beerline Cafe, is likely pleased with the new customers.

The building represents a key site on the Milwaukee RiverWalk, tying together the urban form further downstream with the natural form of the river on the east side of the Humboldt Bridge.

Prior to demolition, the site was home to two warehouse buildings, each just one-story, both of the nearly windowless, post-World-War-II variety. No one mourned their loss. 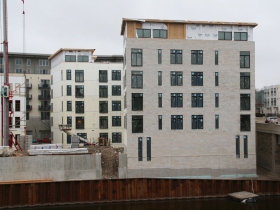 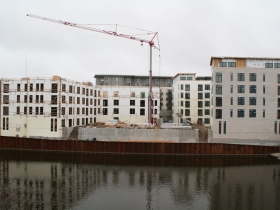 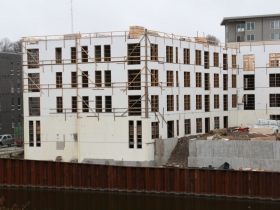 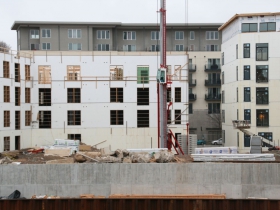 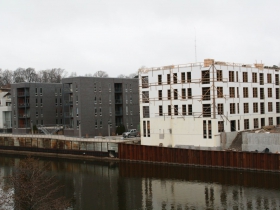 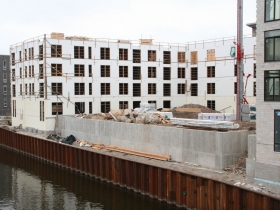