133 unit apartment complex on Commerce Street is beginning construction a bit later than planned. Our photos capture the early progress. 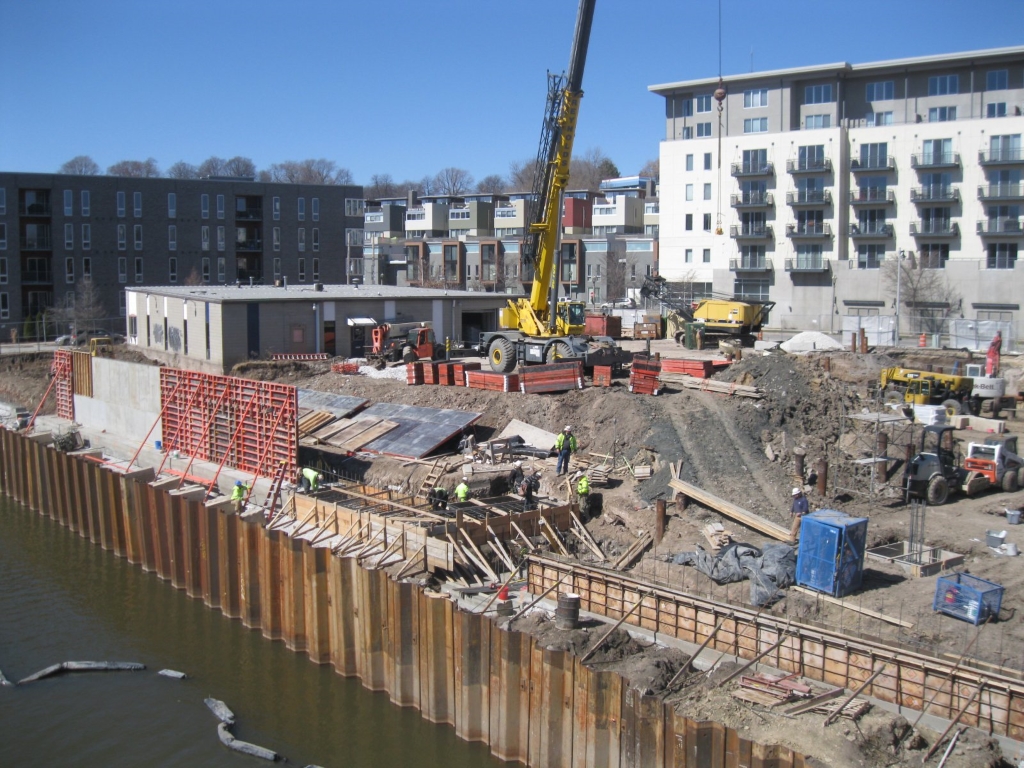 Construction of the first building in a $19.5 million, 133-unit apartment complex called Walker’s Landing, and located at 2056-2064 N. Commerce St., is finally going forward. The Waukesha-based company, Kendal Group, Ltd., is developing the project and had originally planned to “go vertical” in June 2014, according to its president, Ken Miller. But it looks more likely that project will go vertical during the summer of 2015.

To date, the dockwall has been significantly reconstructed, a new portion of the RiverWalk is underway, and pilings for the first building have gone in.

The first building, a six-story building located on the eastern edge of the site, will have 58 units. Ryan Bedford, of Bedford Construction, told the Business Journal’s Sean Ryan that construction of the second building, a six-story building to be located on the western edge of the site, would start once the first building is 80 percent leased. Eric Ponto, of Engberg Anderson, explained during the approval process that to “break down the massing,” both buildings are designed with six-stories on the corners and only four or five-stories throughout the centers.

“This is a Third Ward building put on a boat and floated down the river,” is how Miller once touted it. Technically that would be upstream, and as it turned out, it took a full year to float the project into place, but the plans do call for the use of quality materials such as reclaimed Chicago Pink bricks and reclaimed timber throughout.

Our recent photos show the progress that has been made so far. 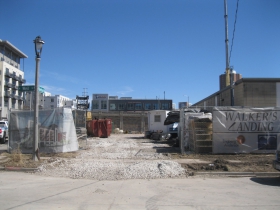 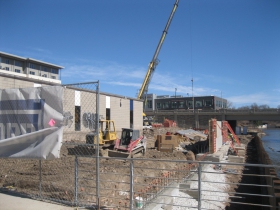 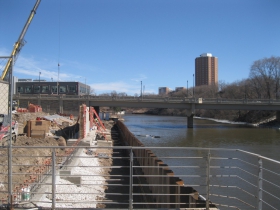 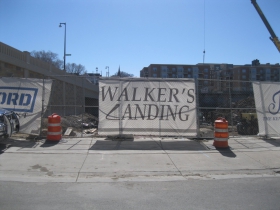 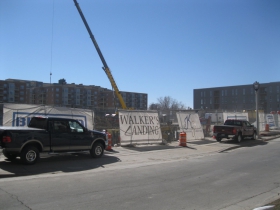 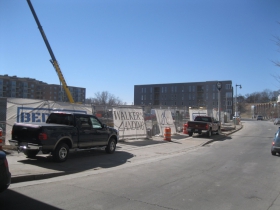