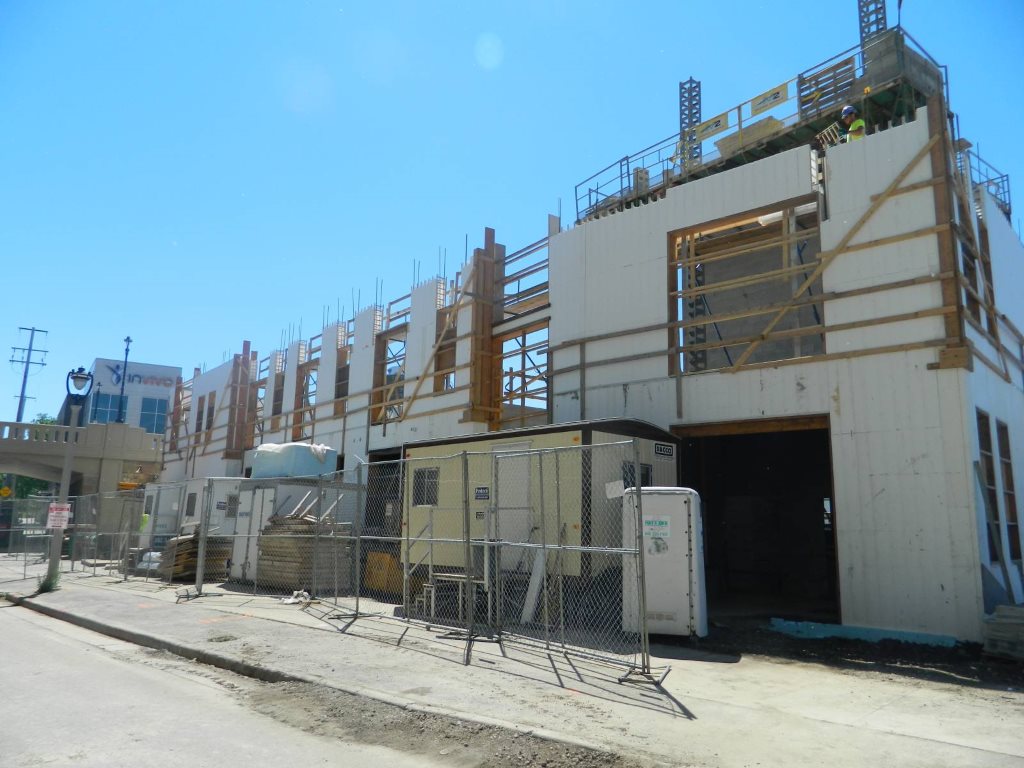 The Walker’s Landing apartments developed by Kendal Group Ltd. were originally expected to go vertical in June 2014. However, they are only just starting to do so and are now finally taller then the adjacent Humboldt Ave. Bridge. When complete, the two-building apartment complex will contain 133 units.

As it stands, it’s a stark contrast to the visually-appealing buildings that surround it, but Ken Miller, president of Kendal Group Ltd., explains that it will ultimately be comparable to the high quality buildings in the Third Ward. “This is a Third Ward building put on a boat and floated down the river,” said Miller.

Project architect Eric Ponto of Engberg Anderson explained that it will use high quality materials like reclaimed Chicago Pink bricks and reclaimed timber in order to “break down the massing.”

The two buildings are located at 2056-2064 N. Commerce St. and will cost an estimated $19.5 million. They will both have six stories on the corners, and four to five stories in the centers. The eastern building will have 58 units, and the western building is planned to begin construction once the first building is 80 percent leased.

Miller previously stated that “the river was a draw” when developing this project. Across the river from Bel-Air Cantina and not far from E. North Ave., it’s certainly in a well-trafficked area.

Bedford Construction is serving as the project’s general contractor. 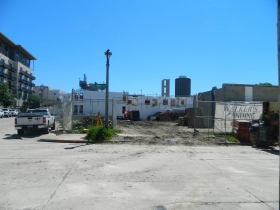 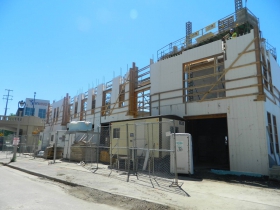 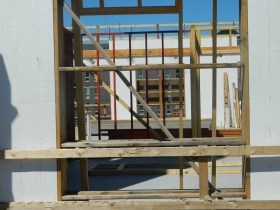 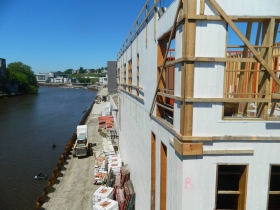 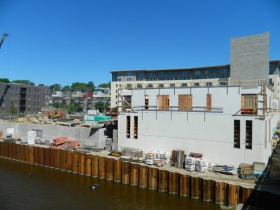 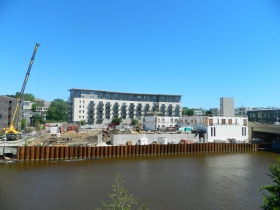