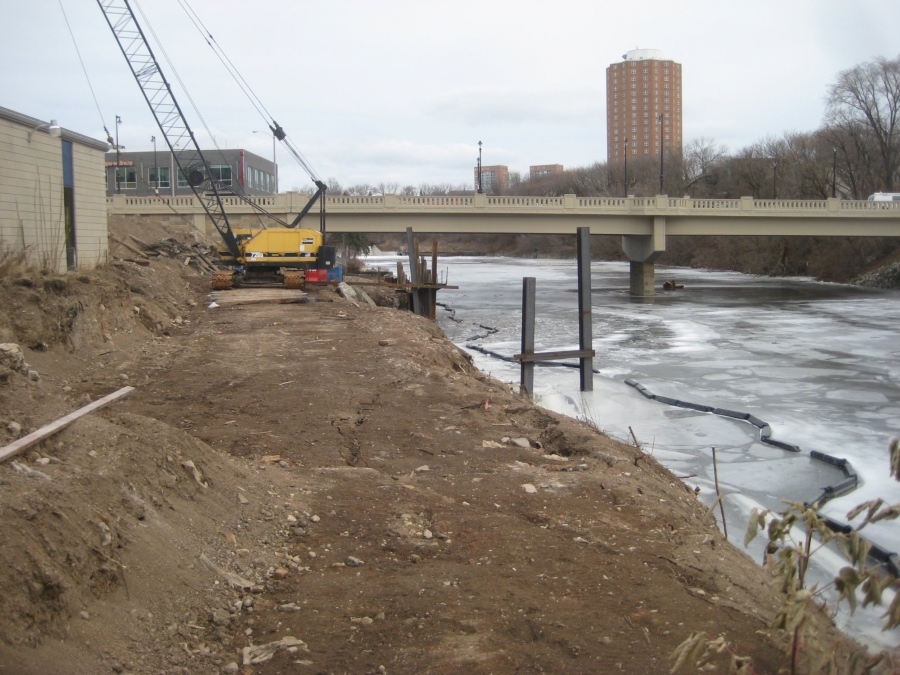 The future home of Walker’s Landing. Photo by Michael Horne.

Site preparation is under way for Walker’s Landing, a $19.5 million, 133-unit apartment to be constructed at 2056-2064 N. Commerce St. by Waukesha-based Kendal Group, Ltd.

On a recent visit to the site it was clear that subterranean Milwaukee hides many surprises — even in a former industrial zone.

The site, which previously held two metal warehouse buildings, dating to the earlier part of the Maier administration (1960-88) had been cleared of those structures for some time. They went down with ease on one of the last pieces of developable property in the Beerline B district.

But, what lies beneath! A pile of rubbish shows some significant chunks of an earlier ferro-concrete structure that had been buried under the buildings for decades. They have now migrated to the surface in room-sized chunks.

The powerful earth moving equipment on location has also turned up old sewer pipes, scrap metal and a festival of old wooden pilings that had held back the land against the incursions of the Milwaukee River. Let’s hope some can be saved for landscape use.

While the clearing is underway, marine construction is ongoing, with metal sheet pilings and other fittings ready for installation.

You can see the rudiments of the Riverwalk that will pass beneath the Humboldt Bridge and complete the western shore’s route from W. Clybourn St. downtown to N. Locust St. On the upstream side of the bridge, work on the path is well underway at the Greenway Gateway.

Former Mayor John Norquist, in a Facebook post, commended Mayor Barrett and the community for seeing his early vision for the Riverwalk reach such a significant milestone.

As for the apartments themselves, we will have to await completion of the sitework. Unlike most real estate housing projects of late, the developer isn’t aggressively pre-marketing the units. Little can be found on the firm’s website or facebook pages at this time.

Neither the developer or the architect, Eric Ponto of Engberg Anderson responded to an e-mailed request for further information on the project.

The first building under construction will consist of 58 units; the second, of 55 units will begin when the first is 80 percent leased, Ryan Bedford of Bedford Construction told Sean Ryan of the Business Journal in January. You’d think the firm would be more aggressively pursuing leases at this time, a strategy that has served many developers well in recent years. When completed, the Beerline B neighborhood — a fantasy 20 years ago — will have 848 units.

Long before the invention of steel-reinforced concrete structures — like the one buried on site for decades — the riverfront lot was occupied by a number of small, rather widely spaced dwellings, according to the Sanborn Map of 1894.

These homes were wedged between the fetid river and the active railroad tracks on the bluff above. There was no allure in living along the river in a polluted industrial zone at the time.

Just a a decade previously, Commerce Street itself came into being, when Byron Kilbourn’s ill-fated Milwaukee and Rock River Canal was filled in. The canal had been the first significant public works project in Milwaukee. The canal was begun in 1836, just a year after the city’s settlement.  Although it never served its original purpose, the canal provided waterpower for early Milwaukee industries located there. Once the street was created, the river was narrowed considerably, and this site was born. [See Jeff Beutner’s photograph of the site from the 1860’s]

By 1910 a couple of the homes remained, but the residences across N. Commerce St., tucked into the bluffs along with the railroad tracks (and decidedly on the wrong side of them), were demolished and replaced with industrial buildings, as were some on the Walker’s Landing site.

These new neighbors must have made living along the river even more miserable than previously, since they included such uses as tannery hide storage, the Milwaukee Western Fuel Co. stables, the North Side Coal Co. dock, a factory to manufacture baking powder and the Weisel Sausage Factory. Today, we would not classify these as “clean” industries.

Weisel was the city’s oldest sausage company, and one of the city’s big three. Eckhart G. Grohmann, the current MSOE benefactor, married into the Weisel family and was president of the firm until the family sold its interest in 1977. By 1979 the new management had closed the doors to the factory, although they didn’t lock them very securely.

That building, across Commerce St. to the north, remained until about 20 years ago, and was a popular studio space for musicians and other crazies, some of whom occupied the place legally.

I suppose you can name your property whatever you want (I call my spread “Fallen Oaks”), but if there is a historical basis to the name “Walker’s Landing,” it is off-base by a couple of miles.

The site is directly south of Kilbourn Park, donated to the city by Byron Kilbourn in 1872. It lies directly across the river from Juneau Town, the rival village founded by Solomon Juneau. Kilbourn’s canal, which with the associated dam on the Milwaukee River, was the first public works project in the city, ran right through the site, so if the reference is to George Walker, the rival third founder of Milwaukee, it is off by a couple of miles.

And the only landing Walker had on his land claim was the kind that would have made his feet wet.

It took decades to resolve Walker’s land claims (in part due to obstructionist measures by the fellow founding fathers) and even longer to haul enough dirt on it to support Walker’s 300-pound girth, not to mention the area that was destined to be Milwaukee’s eventual industrial zone.

Like the Beerline B, Walker’s Point is also undergoing its post-industrial residential renaissance. 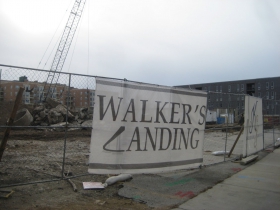 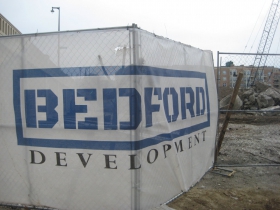 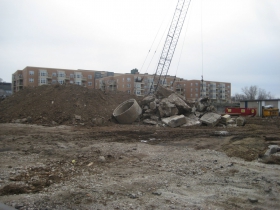 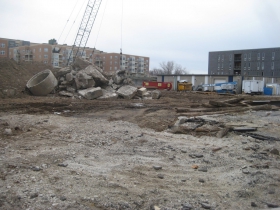 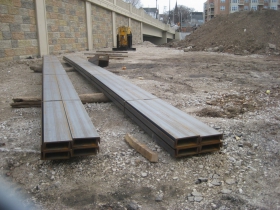 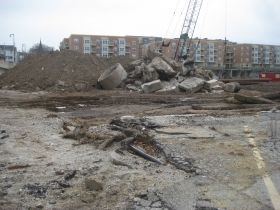