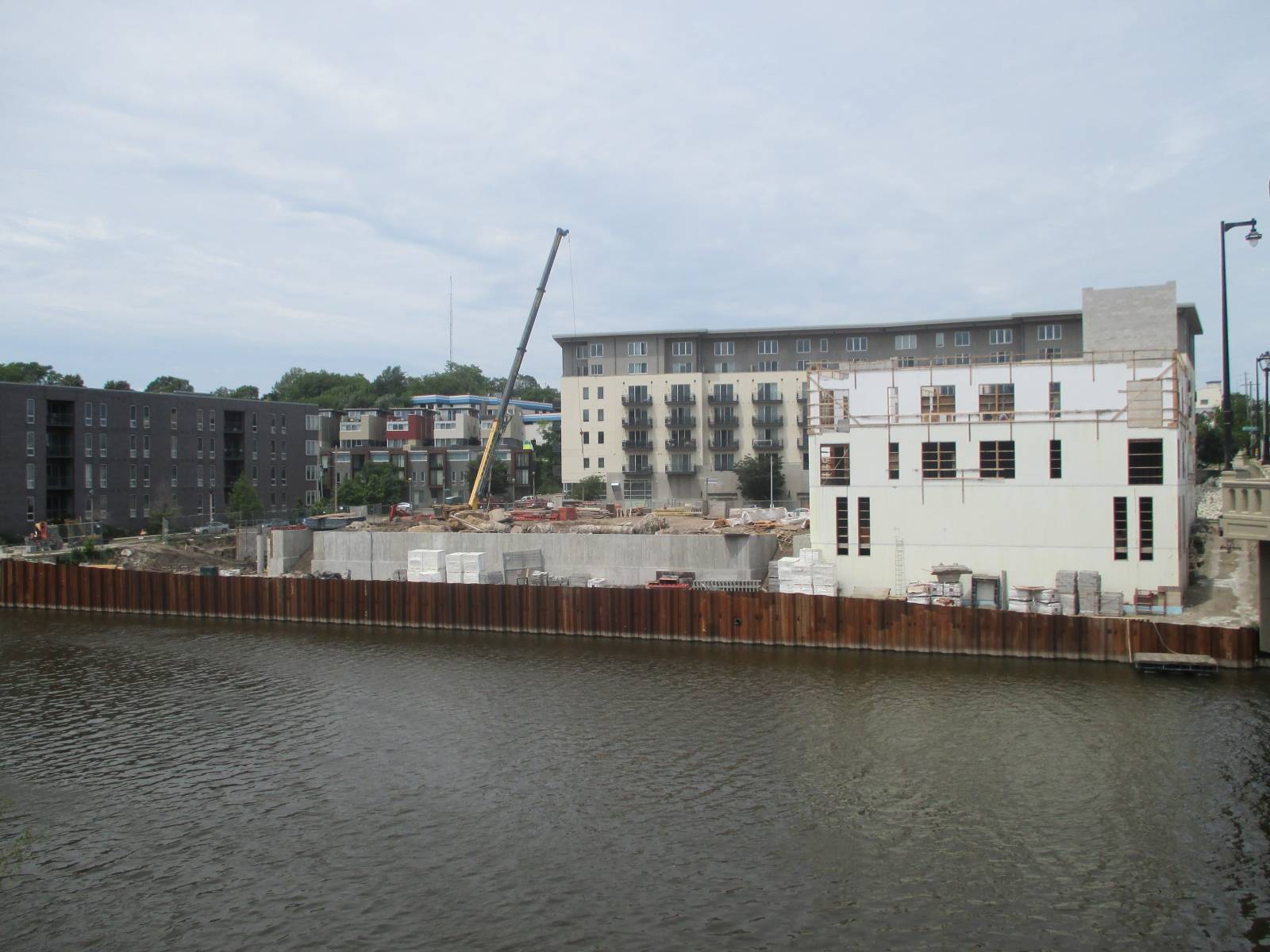 Under a sky rumbling with fighter jets practicing for the Milwaukee Air & Water Show, employees of Bedford Builders LLC and VJS Construction Services are busy working away on a new apartment complex dubbed Walker’s Landing. The first phase of the $19.5 million, 133-unit project is nearly topped out, while the second phase remains a hole in the ground. When finished the complex will contain two six-story buildings. The first building will contain 58 units.

The project is being developed by Waukesha-based Kendal Group, Ltd. Occupancy was originally scheduled for this summer, but as our photos show, is at least a couple months off. The complex is located at 2056 N. Commerce St., although the bulk of it fronts E. Riverboat Rd. as Commerce heads northeast up the hill. It replaces a one-story, 6,495 sq-ft warehouse building first built in 1976 that no one will be sad to see go and few will remember.

Eric Ponto of Engberg Anderson is serving as the lead of the project architecture team. When finished the complex will include reclaimed Chicago Pink bricks and reclaimed timber that is intended to “break down the massing.” Developer Ken Miller, president of the Kendal Group, is proud of the building’s design and stated during the approval process that “this is a Third Ward building put on a boat and floated down the river.”

The second building in the development is scheduled to begin construction once the first is 80 percent leased. It won’t be starting from scratch however, as our photos show much of the groundwork for the building has been laid.

As Michael Horne has previously reported, Walker’s Landing has an unusual name given its location.  Walker’s Point, named after George Walker, was one of the three settlements that came together to form Milwaukee, but is located almost two miles to the south. Perhaps the building should have been named Kilbourn’s Landing after Byron Kilbourn. Kilbourn originally tried to build a canal in the footprint of the nearby E. Commerce St. that would have connected with the Rock River and is the namesake for Kilbourn Park, located a stone’s throw from the development.

When completed, the development will occupy one of the last two prime Beerline B development sites. The other will soon enough be occupied by a new brewery for Lakefront Brewery. 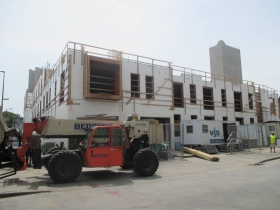 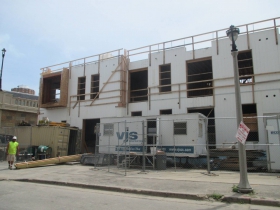 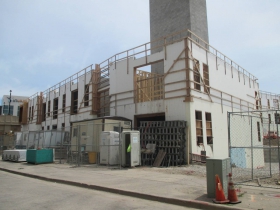 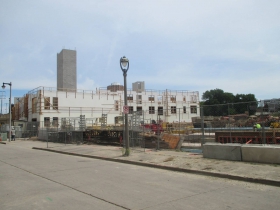 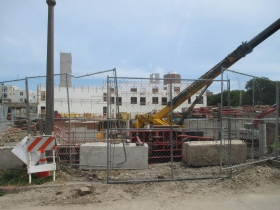 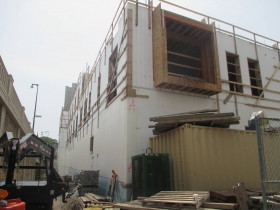