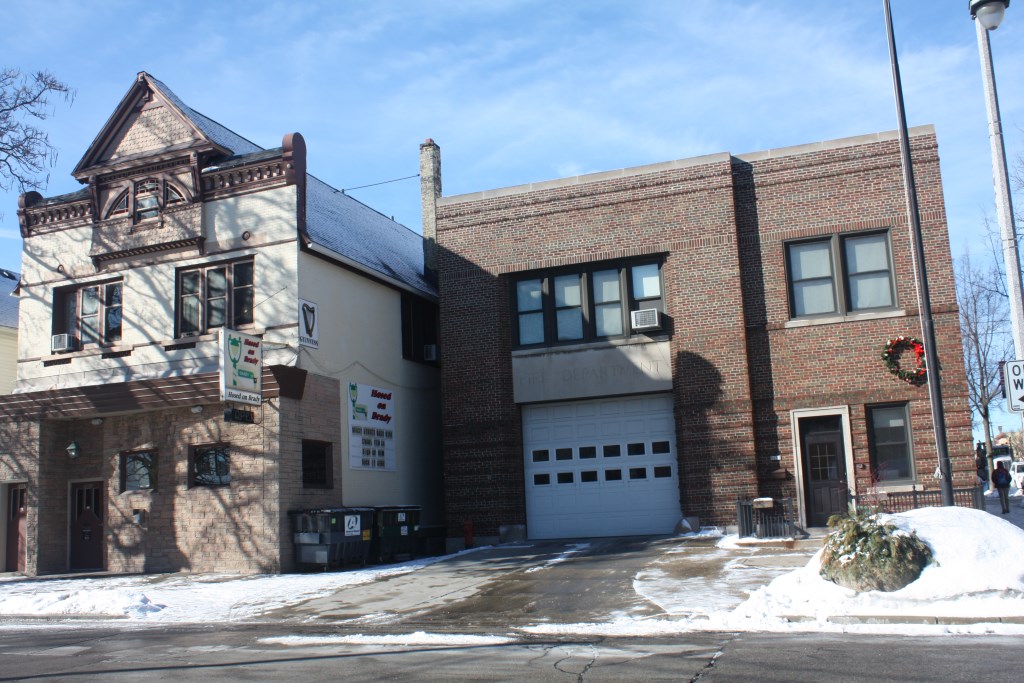 Was Franklin Place, which was named in 1856, named for a twelve-year old boy or for one of America’s Founding Fathers, Benjamin Franklin?

Julia Alcott Lapham, daughter of Increase Lapham, writing in 1905, gives the background of about 25 street names. She states that this street was named for Franklin Pierce, the twelve-year old son of real estate developer Jonathan Pierce. John G. Gregory, in his 1931 History of Milwaukee, includes a chapter on the Streets of Old Milwaukee, in which he offers the origins of some street names. He thought it possible that Franklin Place was named for Benjamin Franklin, diplomat, printer, scientist, author, and revolutionary.

A look at Lapham’s claim shows that Jonathan Pierce, in a practice common with developers, named streets for family members, friends, and associates. He named N. Julia Street for his daughter, Ring Street for his grandmother, Hannah Ring, and Buffum and Burleigh Streets for his attorneys. North Pierce Street is his namesake.

But Pierce didn’t name Franklin Place; it was named by city ordinance. Aldermen generally select names with broader appeal, like those of presidents, national figures, and local leaders. It’s doubtful they would name a street for a developer’s child.

The renaming of this street in May of 1856 was part of a small “cleanup” of some problem street names in this part of town. Of concern were streets with multiple names and a duplicate street name. North of Brady Street, the streets named Van Buren, Cass, Marshall, and Astor were also named Henry, Hunter, Kenzie, and Johnson respectively, and this ordinance eliminated the latter names.

The Common Council’s action also changed the name of Elizabeth Street to Franklin Street because it was a duplicate of the south side’s Elizabeth Street, which was later renamed National Avenue.

The year 1856 was the 150th anniversary of the birth of Benjamin Franklin and that seems to support Gregory’s theory that the street was named for the statesman and patron saint of printers. The country celebrated Franklin’s anniversary. Boston installed a statue of Franklin, a well-known portrait of the man was painted by Ball Hughes, and Chicago newspapers declared a Printer’s Holiday and closed for the day on January 17th, Franklin’s birth date. Also on that date, Printer’s Festivals were celebrated all over the nation.

In Milwaukee, the anniversary led to the city’s first Printer’s Festival. It was held at Concert Hall, which stood where the Riverside Theater now stands. The Thursday evening party began with dinner and music followed by toasts, more than 30 of them. Most were patriotic in nature and most were given by newspapermen praising Franklin. Dancing was next on the agenda and lasted until about 1:30 am, when the party moved to Young’s Hall on E. Wisconsin Avenue between N. Broadway and N. Milwaukee Street, where the celebration continued. Tardiness must have been common that Friday morning and productivity may not have been at its highest.

A building at the south end of Franklin Place has been called the Edward Diedrichs Residence, the Henry Mann Residence, and the John Johnston Residence, but is most popularly known as the “Lion House.” The neo-classical structure, guarded by two lions in front of the porch, was built about 1855 for Edward Diedrichs. In 1895, John Johnston purchased the home from Henry Mann and began modifying it. He added a second story, built a side bay, increased the size of the front porch, but kept the lions.

At the time that Johnston bought the Lion House, the term “street” was considered to be too commonplace and had declined in popularity. Newer terms like Avenue, Boulevard, and Place had come into vogue. And Johnston clearly preferred Place to Street as can be seen in the streets that he named.

Johnston, like his uncle, Alexander Mitchell, was a wealthy banker who was born in Scotland. He dabbled in real estate and developed Johnston Park, a subdivision that was bordered by National and Greenfield Avenues and S. 35th and S. 38th Streets. Johnston named four streets in the subdivision for family members. Hilda Place was named for his daughter, Frederica Place for his sister-in-law, and Dorothy Place for his niece. Margaret Place was probably named for either his late first wife or his mother or both.

A year after the influential Johnston moved into the Lion House, the name of the street in front of his home and north to Ogden Avenue was changed from Franklin Street to Franklin Place. North of Ogden Avenue, the street ran downhill to smaller homes and cottages in the Polish neighborhood. A few years later that section was also renamed Franklin Place. Then the full .6 mile-long street, beginning at Prospect Avenue and ending at E. Hamilton Street, again had the same name. 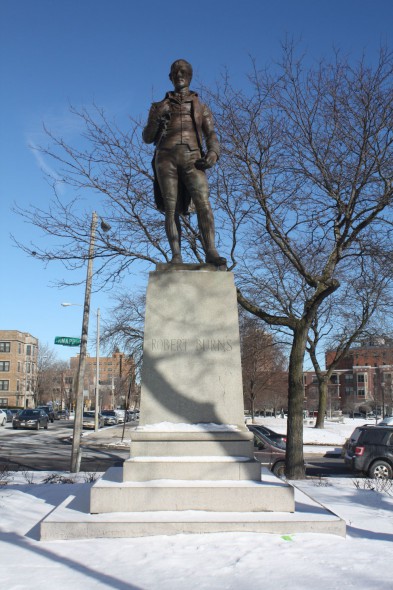 The grassy triangle of land across the street from the Lion House has been known variously as the First Ward Triangle, the Franklin Triangle, and the Burns Triangle. In 1898 there was consideration of placing a Civil War Soldiers Monument in the Triangle, but it was instead installed on the Court of Honor in front of the Public Library on W. Wisconsin Avenue.

That left an opening on the Triangle for a statue of Scottish poet Robert Burns. Johnston, Mitchell, and three other influential Scotsmen long had the idea of honoring the “Bard of Ayrshire” with a statue. By 1909, all in the group had died except James Bryden, who realized that if anyone was going to honor Burns, it would have to be him. So he commissioned the sculptor William Grant Stevenson to make a replica of the famous statue he had done of Burns in Kilmarnock, Scotland. The bronze work was unveiled in the Triangle with great fanfare on June 26, 1909, when Mayor David Rose accepted the statue on the city’s behalf.

Since then, buildings on the block north of Burns Triangle have been razed and a new park, Burns Commons, has been created between E. Knapp Street and E. Ogden Avenue. The Lion House is now owned by the Lynde and Harry Bradley Foundation, but the lions are currently unavailable for guard duty. They will be returning this spring after some repair work on their bases. 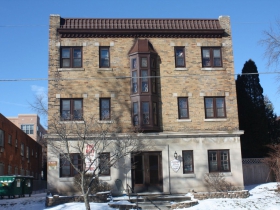 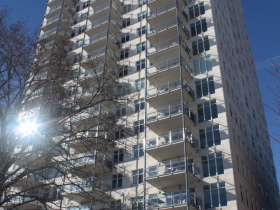 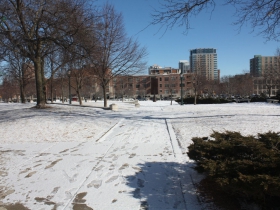 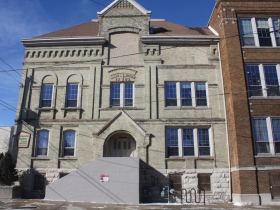 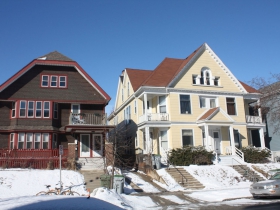 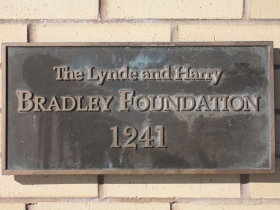 One thought on “City Streets: The Curious History of Franklin Place”