Northwestern Mutual's tower is taking its place in city's skyline. 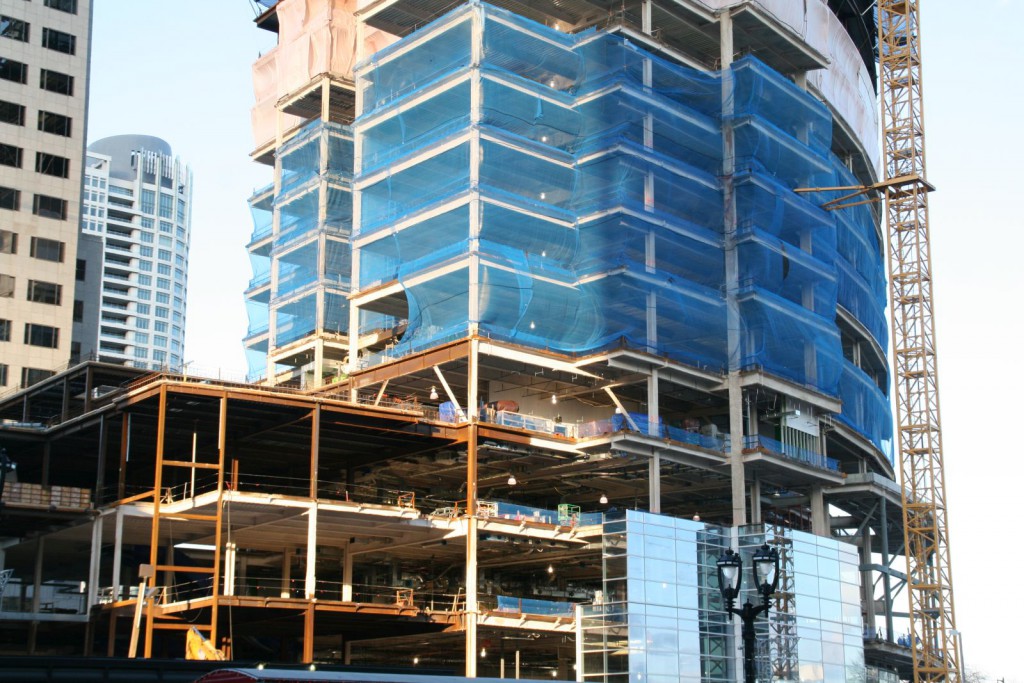 Walking down E. Mason St. has provided an ever changing scene for the past two years. Out with the sort-of-old, in with the new.

First, Northwestern Mutual‘s 16-story East Building was deconstructed floor-by-floor, with everything from 53 tons of carpet to 67,000 tons of granite being recycled or reused. The process of erasing the 1978 building was largely complete by the middle of 2014, and resulted in a number of new temporary lake views for nearby residents and workers.

Starting in August 2014, construction of the new Northwestern Mutual Tower and Commons began. In terms of massing, the Commons portion is largely complete. The three-story building, which will run the length of E. Mason St. from N. Van Buren St. to the new tower on N. Prospect Ave., has had most of its facade installed, including the large glass windows.

The most visible change on E. Mason St. (and now for much of Downtown) is the continued rise of the 33-story Tower portion of the new complex. Less than a year ago, it was a very big hole in the ground. Today, no doubt enjoying the unseasonably warm weather, workers are installing beams well above the tenth floor.

The design of the complex is being led by architecture firm Pickard Chilton, with general contracting work taking place under the guidance of a partnership of Gilbane Building Co. and C.G. Schmidt Inc. The project is expected to cost $450 million and be completed in 2017. Northwestern Mutual has pledged to use city residents for 40 percent of the project’s hours.

For more background on the project, including information on the approval process, timelapse videos and more photos, visit our building database page. 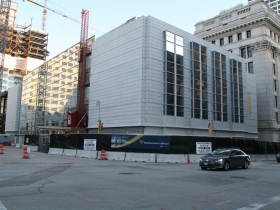 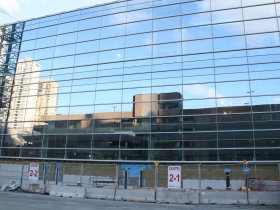 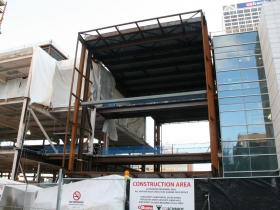 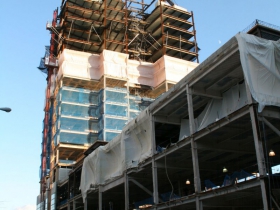 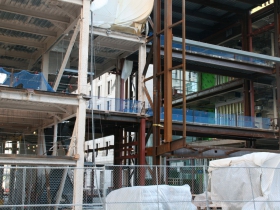 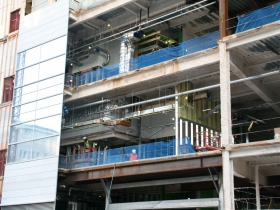