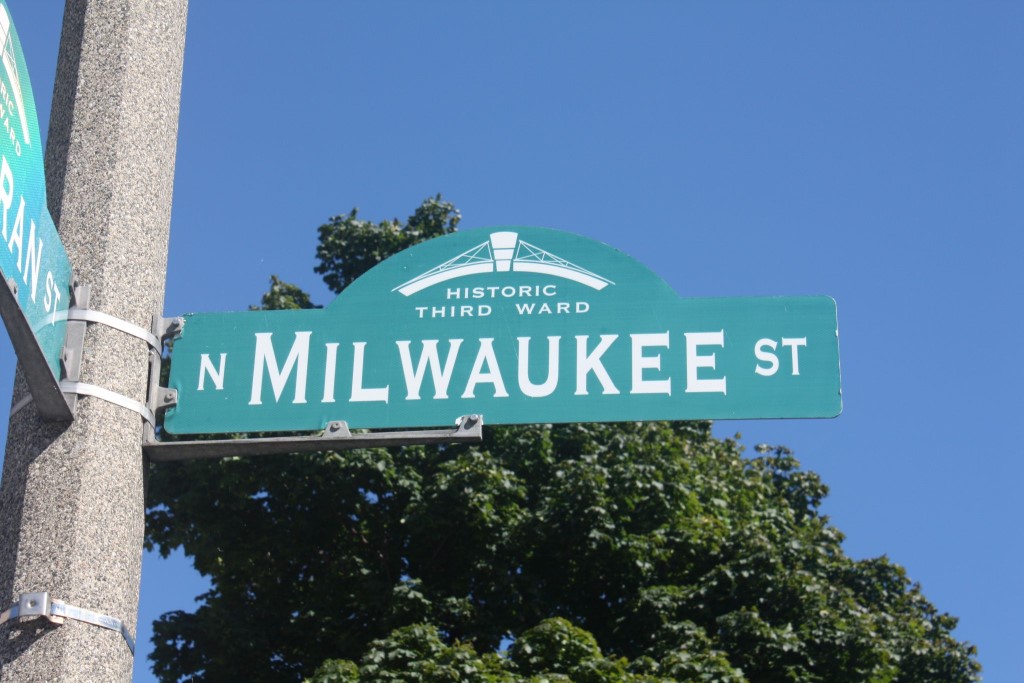 It is sometimes stated that the name Milwaukee comes from a Potawatomi phrase meaning “Gathering place, or council ground, by the water.” With a rendering of something like “Mahnah-wauk-seepe,” it has been supposed that the current spelling of Milwaukee comes from this phrase. The evidence does not support this theory, however.

There seems little reason to doubt that Milwaukee means “good, fine, rich or beautiful land.” Frederic Baraga, the man who compiled the dictionary and grammar for Ojibwa, the universal language of the Wisconsin Indians, wrote that it means “good land.” Louis Moran, an Ojibwa interpreter, described it as meaning “rich, or beautiful land.” French fur traders translated Milwaukee as “la Belle Terre,” French for “the Beautiful Land.” The Potawatomi and Menominee languages, like the Ojibwa, are part of the Algonquin group of languages, and scholars of both give it this meaning. And finally, place-name experts, comparing it to the meaning of similar names in North America, have arrived at the same conclusion.

Milwaukee Street is one of the original village streets platted by Solomon Juneau and Morgan L. Martin in 1835. They spelled the name ending in “ee.” But during the first decade or so of the city’s founding, there was a lack of consensus as to whether the name should end in “ie” or “ee.”  The Milwaukie Journal of 1842 spelled it “ie.” In 1844, in the midst of the debate, James Clyman, who had lived here since 1835, was taken with wanderlust and moved to the West Coast where he founded Milwaukie, Oregon. By the time that homesteaders from this city had settled Milwaukee Lake, South Dakota later in the century, the “ee” had long become standard.

On Milwaukee Street in 1851 John Gullen was murdered in his Third Ward home. His killers, Patrick McDonald and James Connaughty, were convicted of first degree murder, a crime that required the death penalty. The execution was scheduled for November 15, 1852 and it would be the second state-sponsored hanging since Wisconsin became a state in 1848. The first one, carried out the previous year, had been bungled disastrously. A Kenosha man dangled on the end of his rope for twenty minutes before he died in front of two to three thousand spectators, horrifying residents throughout Wisconsin.

In the time leading up to Milwaukee’s first planned execution, defense lawyer James Mallory filed for a new trial because of errors in conducting the initial trial. The Supreme Court agreed, but through a series of miscommunications the information did not reach Governor Farwell immediately (Farwell Avenue is named for him). Farwell had said that if a new trial was granted he would stop the execution, but when he was finally notified, he did not respond.

Less than forty-eight hours before the scheduled deaths, Mallory rode a horse through the night to get to Madison in the morning to plead with Farwell. That afternoon the gallows was being built in the jail yard at the north end of Cathedral Square, which was crowded with citizens protesting capital punishment. Then word came by telegram that Mallory was successful in convincing the governor to cancel the hangings. The thrilled crowd went home and the gallows was disassembled.

Eight months later, capital punishment was banned in Wisconsin, with the state having executed only one person in its history. McDonald was freed for his new trial, but he skedaddled to Canada and his waiting wife. Connaughty was convicted of third degree murder and sentenced to Waupun State prison for ten years.

There was some unpleasantness at the north end of Milwaukee Street at about the same time. German Forty-Eighters had recently arrived in Milwaukee. They were a group of intellectuals who fled Europe after their unsuccessful rebellion to reduce the power of the clergy and the privileged elite. Members of the group decided the sisters from the School Sisters of Notre Dame convent at Milwaukee and Ogden Streets would be a good target for their wrath, since they were part of a religious organization. When the sisters ventured out of their facility, the men would verbally abuse and insult them. The harassment only stopped when the sisters were permitted to go out in public without their identifying religious garb.

The convent has been replaced by Convent Hill, a lower cost housing facility for older individuals. A mural has been painted on the main pillar of the building, depicting the history of the site. That the community of its residents is important is indicated by the Irish proverb on the building’s marker, “It is in the shelter of each other that the people live.”

In the Third Ward Fire of 1892, dozens of small wooden houses were destroyed on this street between St. Paul and Corcoran Avenues. They were primarily replaced by large brick-clad business buildings. Seven of those structures are now listed on the National Register of Historic Places.

Milwaukee Street, which runs from Erie Street on the south to Water Street on the north, offers much variety. Today, there are restaurants and businesses, old buildings and new buildings, parking lots and parking structures, and condos and apartments. The Milwaukee School of Engineering, with its buildings and parking lots, is a major presence on the northern part of the street. There are vacant weed-filled lots on the hill at the north end, but on the plus side, the openness provides a panoramic view to the northwest. 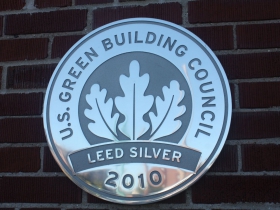 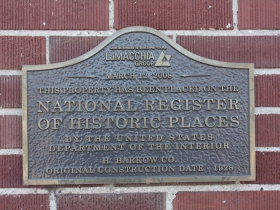 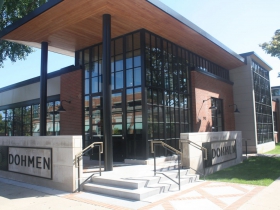 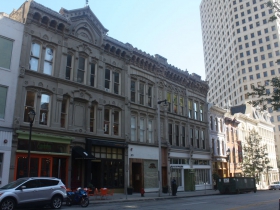 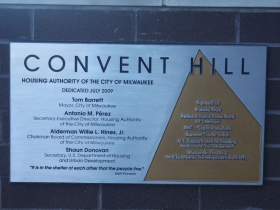 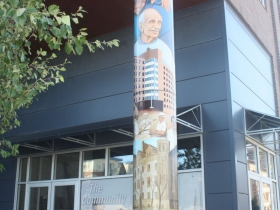 5 thoughts on “City Streets: The History of Milwaukee Street”