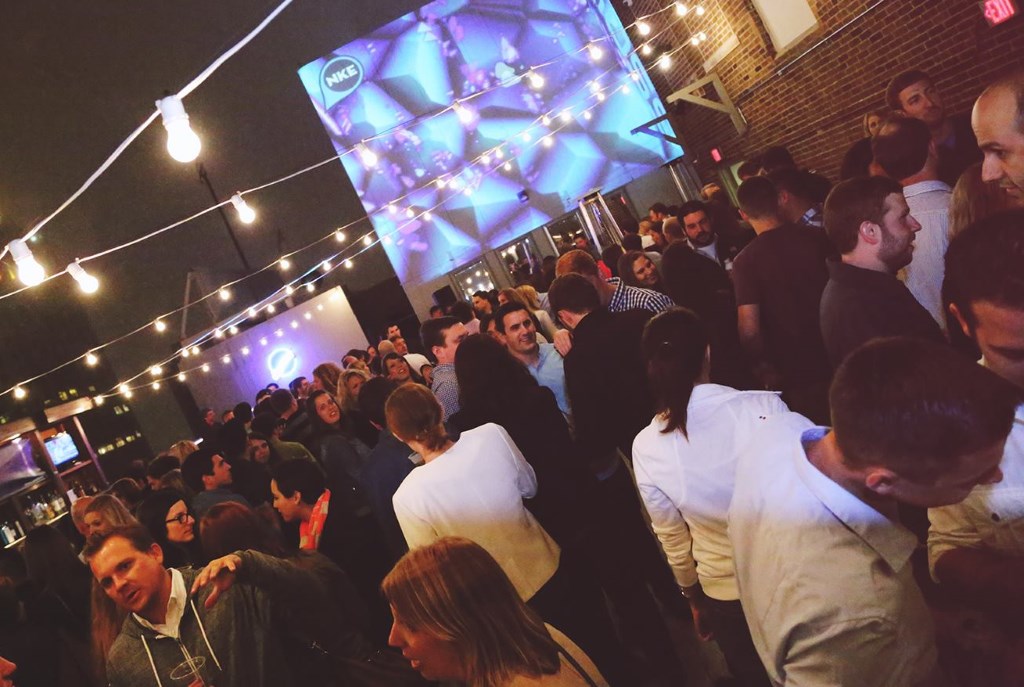 There are few pleasures in life I enjoy more than a good steam. It’s as if the rest of the world melts away and every stressful toxin evaporates from my pores. It’s like hitting a restart button on the day.

I do not enjoy exclusivity. I’m a fan of public commons, public transportation, paying taxes for public services. But my love of a good steam and distaste for exclusivity clash whenever I visit the Milwaukee Athletic Club in Downtown.

I’m not a member of the MAC, but because of my (cheaper) membership to the Wisconsin Athletic Club and the lack of a pool at their downtown branch, I can take advantage of a beautiful thing called “reciprocity” (a concept currently under attack at the post-secondary public education level, potentially depriving future Wisconsin students of a discounted, in-state tuition at quality universities outside of our state borders), which gives me access to parts of the Milwaukee Athletic Club. Those include the pool, sauna, showers and steam room. Their spacious, powerful steam room is the kind of place where you can overhear young executives discuss $1,500 meals in Tokyo and the head Big 10 football referee defend a controversial call.

My reciprocal benefits at the MAC do not include access to their rooftop deck bar. However, this Friday (and the next four after that) NEWaukee members can ascend the 13 floors to the top of the MAC for NEWaukee’s Lunar Series (sponsored by Penrod Software) summer music nights.

This Friday’s performers include the Jay Anderson Ensemble and DJ Chris V., with music from 7 p.m. to 11 p.m. There is no official happy hour at the MAC bar in the lobby or on the Deck, but the drink special will be $5 Tito’s mixers. For a $5 fee non-members can enjoy dinner on the deck, which features California-style sushi rolls as their Lunar Friday special. The deck bar carries an assortment of beer, cider, liquor and lots of wine. The tap beer tomorrow night will be Blue Moon’s White IPA.

When I think of an exclusive private club, the first image that comes to mind is a snifter of whiskey and a smoking cigar. No surprise, the MAC is best known for its wide variety of whiskey. It also carries over 40 bottles of red wine (with a dozen on their reserve list, which run more than $100), and about 30 bottles of white and sparkling wine (Dom Perignon is $300). Call cocktails are $8 and $10 on the rocks, with martinis and top shelf cocktails running $12 and up. There are three bars on the deck, two of them being cash only. Considering the $30 credit card minimum and all the people that will be up there, it would be wise to bring cash to the rooftop on Friday evening. For your convenience, there is a BMO Harris Bank ATM in the lobby of the MAC.

While the Lunar Series has a short summer run, enjoying the open air and fabulous views on the deck any Tuesday-Friday is possible with a MAC membership. If you can afford it, membership has many benefits. Weekly specials include Taco Tuesdays (with $6 Bacardi mojitos and Jose Cuervo margaritas, and $5 house made sangria), deck Burger Wednesdays (with $5 select house wine and $15 beer buckets), and Thirsty Thursdays (with Texas BBQ and $5 house infused vodka drinks).

In addition to full-access to the downtown Athletic Club and Hotel, which has workout machines, basketball and racquetball courts, personal trainers and massage studios, office, conference, banquet and party spaces for rent, MAC members can participate in a number of social activities and events throughout the year. If you’re someone who travels often, as a MAC member you have reciprocity at similar private athletic club hotels across the country, with a discounted rate that will beat any other top-ranked hotel in town. Sometimes it’s nice to enjoy the finery our city has on hand and Friday you can sample this lifestyle while enjoying great music at the Lunar Series. 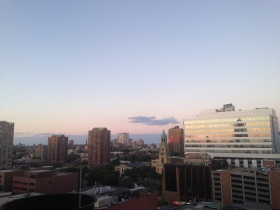 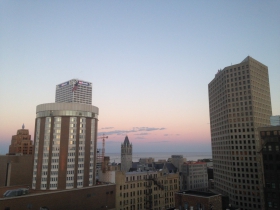 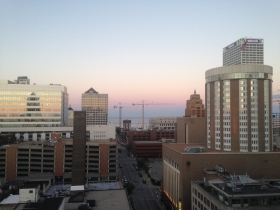 One thought on “Happy Hour: The Exclusive Charms of MAC Deck Bar”