The History of Juneau Avenue

Once Division and Chestnut streets, it was consolidated into a tribute to city’s founder. 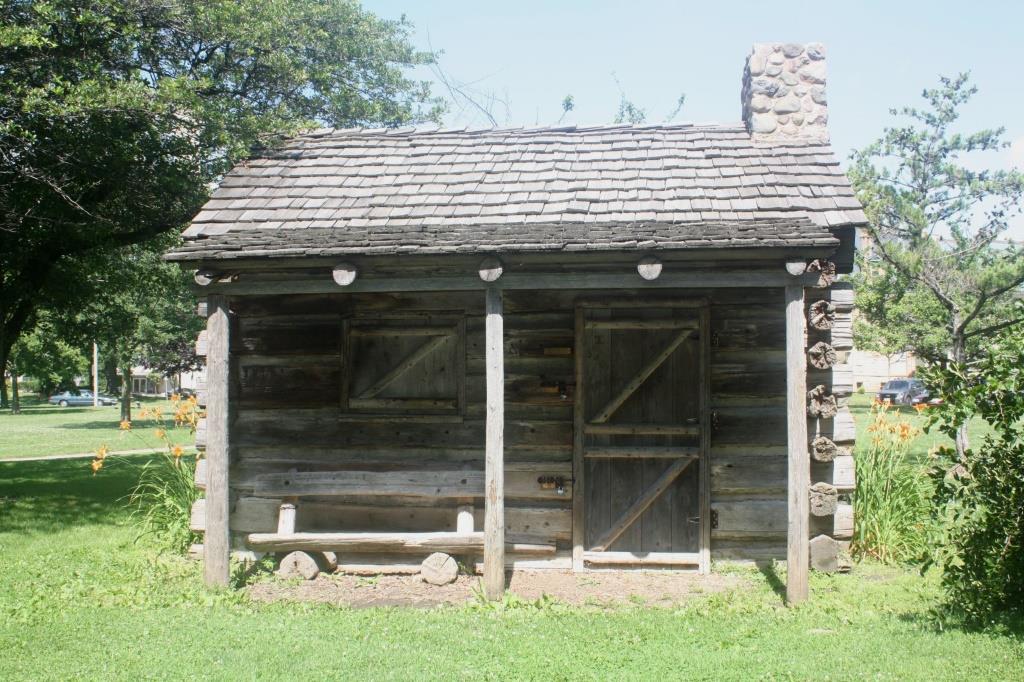 Juneau Avenue was originally known as Division Street in Juneautown, east of the Milwaukee river, and Chestnut Street in Kilbourntown, west of the river. In 1885, the city fathers decided to honor the community’s founder, Solomon Juneau, by naming a downtown street for him. There was a short street in the Third Ward that carried his name but it was considered too insignificant. So Division Street was renamed Juneau Avenue, the term “avenue” having become much more fashionable than the word “street.” Chestnut Street became West Juneau Avenue in 1926 when the city’s program to have only one name for a street was enacted.

Of the three men who developed the city, Solomon Juneau is considered the founder because he was here before the others. The French-Canadian was born in Quebec Province in 1793. He was in his mid-twenties and an agent of John Jacob Astor‘s American Fur Company when he came to trade with the Native Americans here. He married Josette Vieau, ten years his junior, the daughter of a Menomonee Indian woman and another French Canadian who traded in Milwaukee. The Juneaus were part-time residents until 1834 when they moved to the future city full time. The genial trader was well-known and respected by the local inhabitants who called him “Solomo,” the French pronunciation of Solomon. When the other developers arrived in the mid-1830’s, he was well established here.

Juneau formed a partnership with Morgan L. Martin to develop Juneautown. When their town united with Kilbourntown and Walker’s Point to form the city of Milwaukee in 1846, Juneau was elected its first mayor. He was also its first postmaster. Juneau later moved to Dodge County where he founded the village of Theresa, which he named for his mother. He died at Keshena, WI at age sixty-three. Juneau County and the city of Juneau in Wisconsin are named after him, but not Juneau, Alaska, which is named for a relative, Joseph Juneau.

There is a replica in Juneau Park near the east end of Juneau Avenue of Juneau’s cabin as it was in 1822. The Juneaus were a family of four at the time, living in about 160 square feet of space. They would have to increase the size of their home dramatically to accommodate the 17 more children they would have.

A block to the west is the former home of Christopher Latham Sholes. Sholes was born in Pennsylvania in 1819 and moved to Milwaukee as a teenager. After the Civil War, while a Milwaukee newspaper editor, he designed the first commercially successful typewriter. We can thank him for the QWERTY keyboard that we still use today. Tragedy struck the family in 1860 when Sholes’ newly married daughter, Kate, lost her husband, James Collins, in the sinking of the Lady Elgin off Winnetka, IL. Collins was one of 300 people, including 240 Milwaukeeans, who lost their lives in the disaster, the worst in the city’s history. Sholes died in 1890 and is buried at Forest Home Cemetery.

In 1894, the city council decided that the cobblestoned Juneau Ave. should be repaved with the newest material — asphalt.  Homeowners, some of them very influential, objected. They said they were not given an opportunity to discuss the issue and could not afford it in the midst of the worst economic crises in the country’s history up to that time, the Panic of ’93. Their biggest complaint was that a smooth roadway would turn their street into a main arterial used by heavy, horse-drawn wagons. They were successful and the issue was allowed to “slumber in committee,” as it was described. 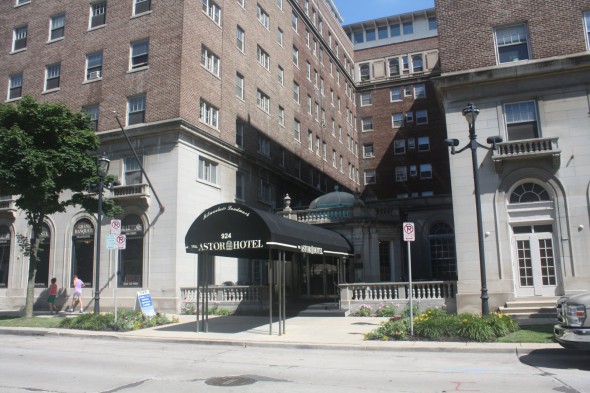 Today, a pedestrian on the pleasant, tree-lined East Juneau Avenue may notice that two buildings have received historical status. All Saints’ Episcopal Cathedral and attached buildings have been designated a Milwaukee landmark, and the Astor Hotel has been placed on the National Register of Historic Places by the U.S. Department of the Interior.

West of the river, the Juneau Avenue cityscape is not so pleasant, but hope is on the way. There are two new buildings at the intersection of Juneau and Old World Third Street; the Aloft Hotel and the thirty-story The Moderne apartment and condo skyscraper, the tallest building in the state west of the river.

Between N. 8th and N. 11th streets is “The Brewery” development, a mix of old refurbished brewery buildings and new structures, and the site of restaurants, apartments and condos, a hotel, offices, UW-Milwaukee’s School of Public Health and a new micro-brewery.

The problem on Juneau is between N. Old World Third and N. 8th streets. The entire north side of the street is a wasteland of gravel, broken asphalt and weeds, thanks to the late Park East Freeway. The south side of the street is primarily used for parking. The proposed new Bucks arena and related development could greatly improve the situation. Beyond N. 11th Street, with the exception of the Harley-Davidson headquarters at 37th Street, Juneau Avenue is mostly residential as it works its way west, with interruptions where it twice disappears for a few blocks, to its termination at N. 53rd Street. 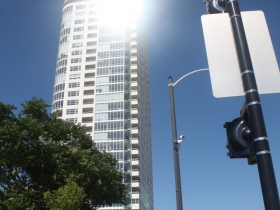 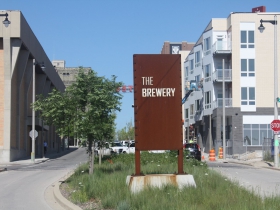 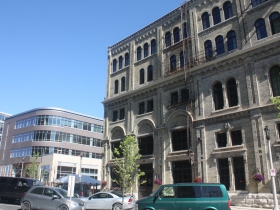 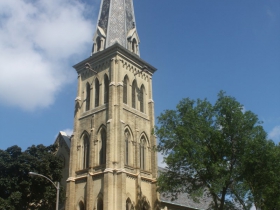 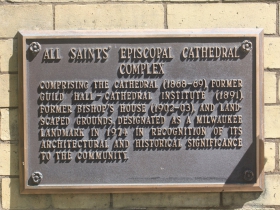 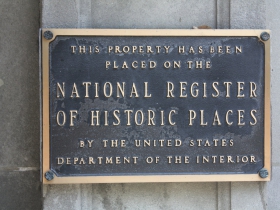 5 thoughts on “City Streets: The History of Juneau Avenue”