Who are all those suburbanites that camp out in the city for the July 3rd fireworks? 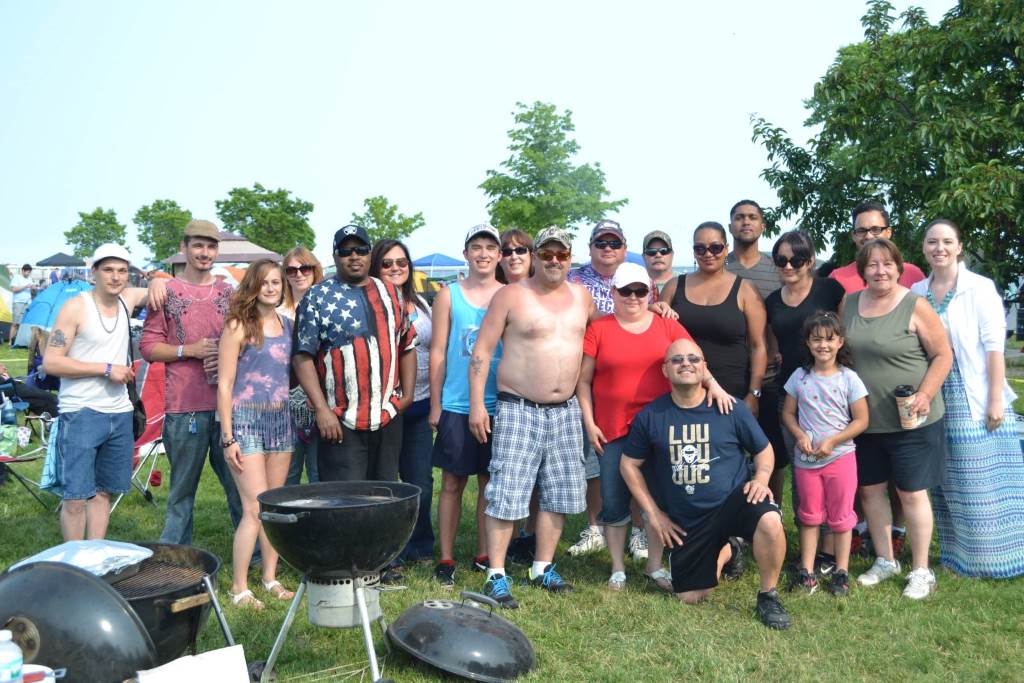 Fireworks will light up the sky over Milwaukee’s lakefront shortly after sunset today, but for many the party starts much earlier. Tents and fenced-off areas start dotting Juneau and Veterans parks at least a day before the event. My friends and I have jokingly dubbed this phenomenon “Suburbs’ Day.”

In the City of Festivals that boasts lakefront fireworks seemingly every weekend, it seems inconceivable that people would wait as long as 36 hours to watch a one-hour fireworks show. Streets on the edge of Downtown that are quiet the other 364 days of the year become gridlocked as people flock to the city for the event. Further compounding the oddity: all the circling of city streets the visitors do to find free parking and the fact that many people, after all that work, leave before the fireworks end in order to beat the traffic home.

Who are these people? Back in 2015, we sent our fearless correspondent Amanda Mickevicius to find out. She surveyed 10 groups camped out well in advance of the show and found they came from Waukesha, Brookfield, Hales Corners, Wales and the west side of Milwaukee. Only one group came from a zip code that bordered downtown (53212 – Riverwest). Most of the people noted they come to a number of festivals and that the fireworks is an event they do with a large group (one expected up to 50 people to join them).

Perhaps most interesting, people have been doing this for a very long time. Two groups interviewed had been doing it over 30 years, and a number of others for more than 10 years. An encouraging sign for the region, the audience was incredibly diverse, with people of all races and ages.

Our photos from that year are pretty timeless and capture the spirt of the event. The participation by so many people from the metro area — and beyond — cements the notion that Downtown is everybody’s neighborhood. Here’s hoping they come back every year. 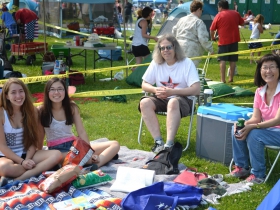 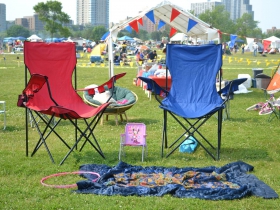 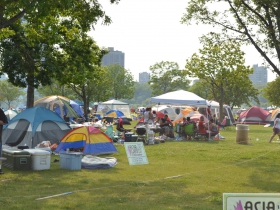 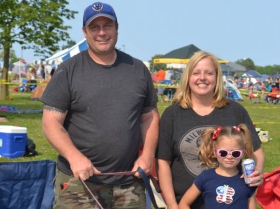 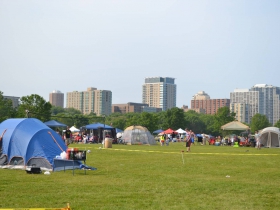 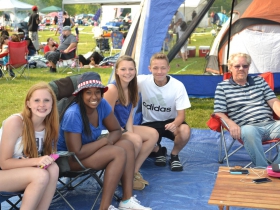