So Many Splendid Dancers 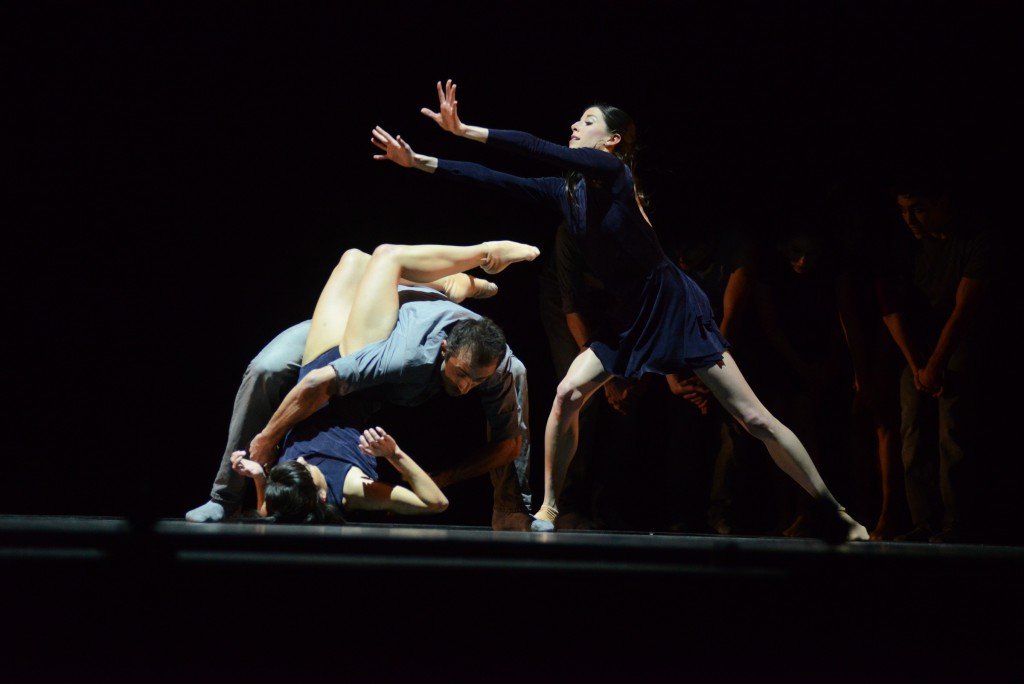 The Milwaukee Ballet’s Genesis show only rolls around once every other year, housed cozily at the Pabst Theater and presenting the audience with an exciting array of international choreographers’ talent to gobble up (and vote on!). So it’s truly a rare event.

Thursday night’s curtain opened on choreographer Garrett Smith’s “Mortal Form” which, spoiler alert, stole my affections immediately and seemed an impossible act to follow. The piece featured Joseph Haydn’s Symphony No. 22 in E flat major, and Mozart’s Serenade in B flat. Listed as they were in the program – so unassumingly, so very ballet of Smith – you didn’t expect the works to be turned on their head so effectively. Smith’s choreography was actually crazy-reliant on every pluck and beat of the music, with the dancers performing a breathtaking deconstruction of their classic ballet roots. But every fluid movement was chiseled down into something like a robot, containing a dozen stop-points that had the dancers looking at times like stuttering Charlie Chaplin footage. It was pointe, and it was definitely not. It was dead serious, but it didn’t take itself too seriously. It’s a difficult style to explain, which is a good thing – Genesis exists to bend your expectations, and you’ve never seen anything like this.

It’s tempting in a no-holds-barred competition like this to launch all of your creativity at the stage, but Smith reigned it in, showing restraint, taking his time to be sure of the placement of dancers on stage (eight total: Mengjun Chen, Marize Fumero, Susan Gartell, Annia Hidalgo, Garrett Glassman, Ryan Martin, Timothy O’Donnell and Marie Varlet), their formations and combinations. The dancers, particularly in their duets, never ceased to touch each other. Always connected, the ballerinas in their classic tutus looped under, around and on top of their partners with an uncomplicated affection. The timing and tone here was impeccable and Smith is welcome back to Milwaukee any time to give us more work like this.

Next was choregrapher Matthew Tusa’s “Re:connection,” opening on a ring of dancers (Alana Griffith, Valerie Harmon, Davit Hovhannisyan, Erik Johnson, Barry Molina, Marc Petrocci and Nicole Teague) moving around a tortured Rachel Malehorn, who squirmed and writhed on the floor. The score was heavy and dramatic (“Action Potential” by David Johanns), sending Malehorn repeatedly into agonized steps as her counterparts swirled around her. I’m fine with the type of dance that finds a heroine distorted and lost, confused by the mere presence of the team surrounding her, but in this case I think it was a little too tortured, or too long, or both. At some point the narrative needs to move on. I suppose the core issue here as well is that this portion of the piece felt familiar. It’s been done before, and nothing grabbed me about this particular variant.

And then, the piece suddenly got quirky. Giachiano Rossini’s “Overture to La Gazza Larda” accompanied the dancers as they chased each other like lovesick preteens, their movements frantic and flailing. I just wasn’t sure of the rapid change in tone, and found it hectic and misplaced. It was ushered out as quickly as it came in, replaced with a sorrowful solo from Malehorn that closed out the piece. While it was nice to be graced with her very particular talent, I felt too flummoxed by “Re:connections” identity crisis to enjoy it completely.

Riccardo De Nigris’ “Can I Say Something…??” is still giving me a bit of trouble. Every time I thought I was hating it, it would do something delightful to draw me back in. Plus, this performance featured Alexandre Ferreira, whose magnetism on stage can erase any misgivings. De Nigris created a very particular tone by dressing the gentlemen (Parker Brasser-Vos, Ferreira, Patrick Howell and Isaac Sharratt) in Joker-esque mime garb – white face paint, bowler hats, suspenders. The score from Massimo Margaria was for the most part jazzy, easy guitar, sending the foursome through their choreography with a lighthearted “watch me go” tone. Add to that the intermittent appearances of four irresistible femme fatales (Jennifer Ferrigno, Itzel Hernandez, Janel Meindersee, Luz San Miguel) and “Can I Say Something..??” was a genuine comedic affair, revolving around the men’s anguish and ladies’ apathy.

So maybe I didn’t ever hate it. De Nigris did a fine job, and so did the dancers. There were several moments of impressive heartache (the men wrapping their arms around open air, not finding a hug returned) and athleticism (Sharratt going down into the splits and sliding back up in that crazy-cool, breakdancing sort of way). I suppose if I had to pinpoint my reservations, it was a bit flat with no real crescendos or arcs.

However, there’s also no arguing that my views were influenced by Smith’s boffo opener. His competition paled in comparison. (So there’s my vote.) But the Milwaukee Ballet wisely decided to shuffle the order of the performances each night, giving the choreographers a fair shake. I hope when you go your love extends to all of the performances, because really, this is a pretty great thing the Ballet is giving us. 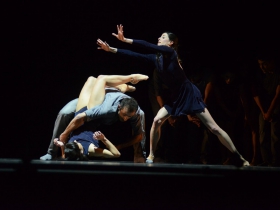 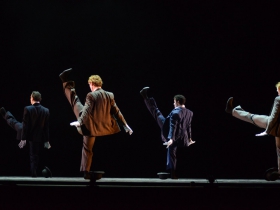 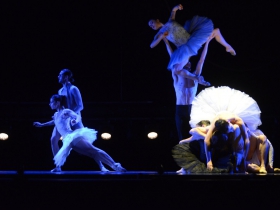