I-794 Comes Crumbling Down

A portion of freeway is getting torn down for new lakefront development plan. Our photos capture it.

The demolition of I-794. Photo by Holly Segel. Click image to enlarge

Demolition of I-794 from the Milwaukee River eastward, near the Milwaukee Public Market, started late last week and is moving quickly.

In the 90’s Mayor John Norquist proposed tearing down this segment of the East-West freeway and replacing it with a surface boulevard to better connect Downtown with the Historic Third Ward, but was thwarted in his efforts.  Today, the demolition is being conducted as part of a $172 million Hoan Bridge re-decking and Lake Interchange ramp reconfiguration project that, although it doesn’t quite fulfill Norquist’s dream, will add new high value developable land to downtown Milwaukee.

Rocky Marcoux, Department of City Development Commissioner, speaking at a recent Greater Milwaukee Committee meeting said that moving the ramps will open up enough space for a  “750,000 to 1 million square foot building,” to be built, possibly a national headquarters. 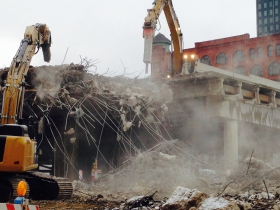 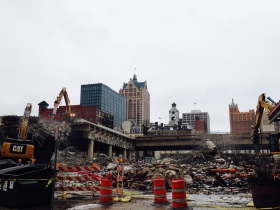 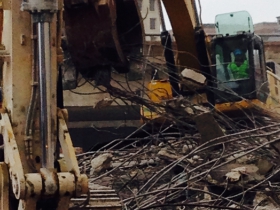 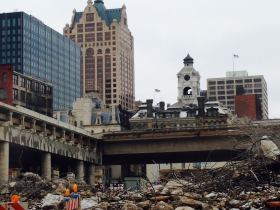 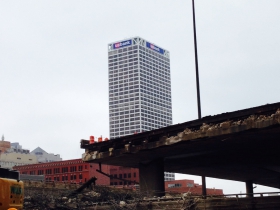 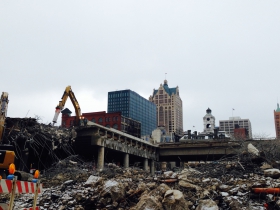 5 thoughts on “Photo Gallery: I-794 Comes Crumbling Down”