A good crowd, good band, and great views of the city at the opening event of the series.

The Selig-Joseph-Folz Amphitheater at Kadish Park was dedicated Tuesday, July 9th 2013 at the opening of the Tuesday Skyline Music Series. The Joseph and Folz families were among the attendees, but the Seligs were absent. Not to worry, says Tom Schneider, whose COA Youth & Family Center operates the city-owned park just south of the reservoir, Bud and Sue Selig will appear at a future concert.

Schneider told the audience that just a few years ago this area was crime-ridden, or certainly had the appearance of a dangerous place. But with a small investment and a good deal of community spirit, the area has been revitalized.

The weather was lovely, and attendees said the sound quality was much better than in previous years. The show featured the 10-piece band, De La Buena, and its Afro-Cuban and Latin Jazz stylings. In weeks to come the series will also feature live performances of Shakespeare. Schneider says he expects other performing arts groups to make use of the space, with its unparalleled views of the city’s skyline. 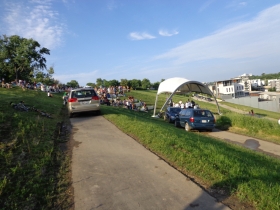 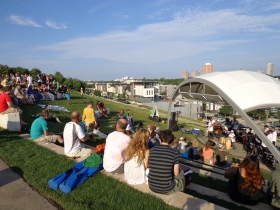 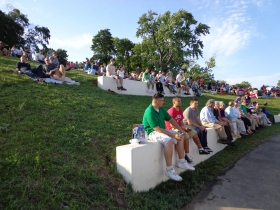 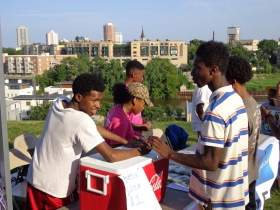 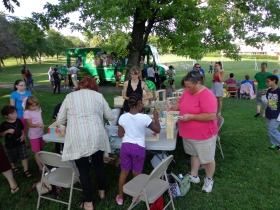 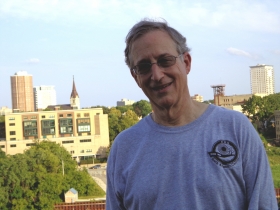