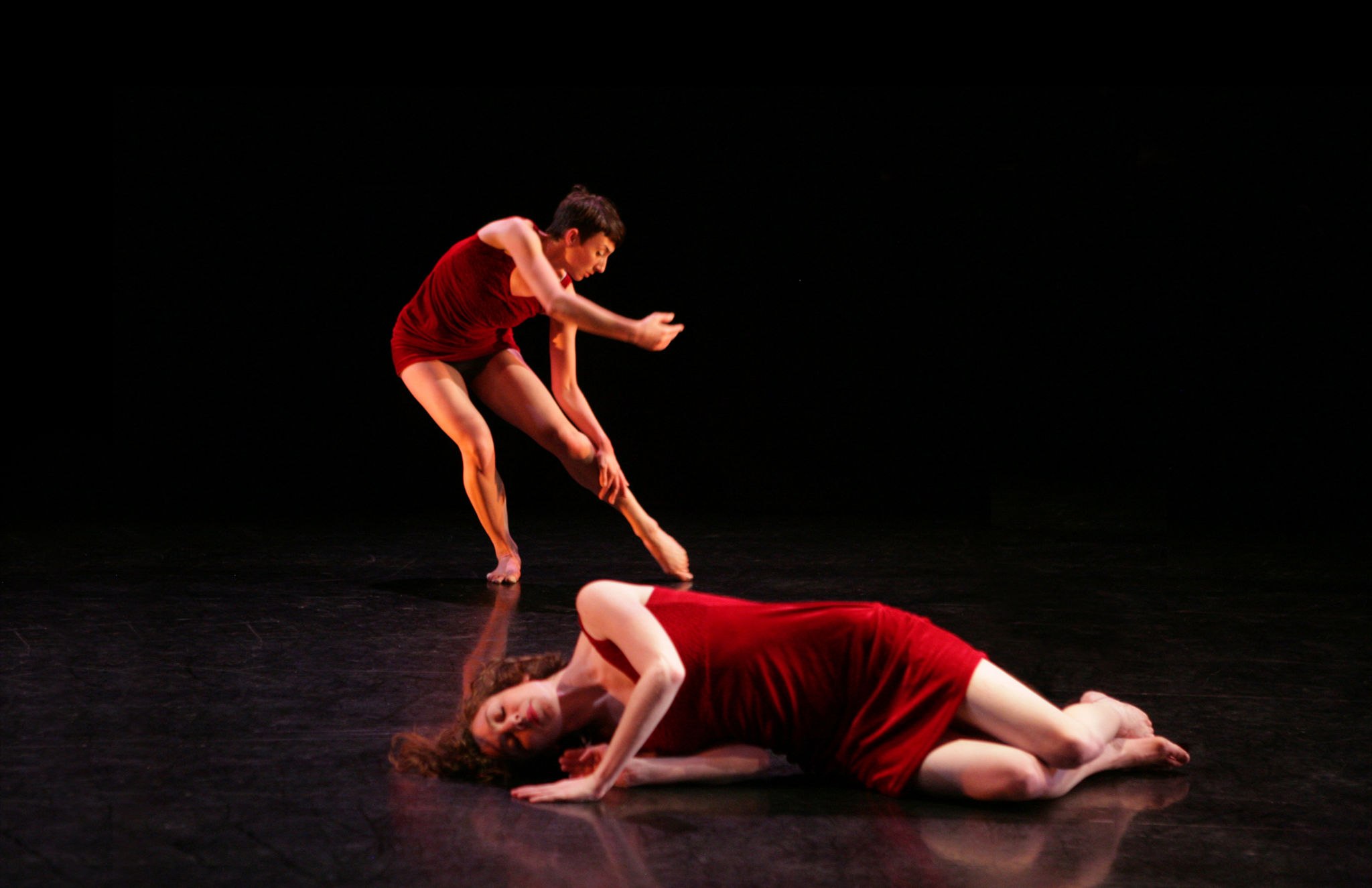 Such words attached to Debra Loewen‘s Wild Space Dance Company over the years. They definitely do not apply this time around — Luscious is the title of the program that opens Thursday, March 14.

“We’re the most un-luscious company,” Loewen said, “so it’s a challenge. But we’re after a stirring of the senses, a luscious moment. Our starting point was the odalisque, the reclining nude. I brought in all these paintings, and the dancers said, ‘oh, are we taking our clothes off?'”

No, they aren’t, but Loewen was impressed that her all-female company was game to flaunt it if necessary. They’ll wear red velvet and chocolate velvet dresses, very feminine and sexy. This from a company that once routinely showed up voluminous, pajama-like outfits about as appealing as burlap sacks. Times change, people change. For some time now, Loewen has embraced the sensuality and virtuosity of dance in ways that I wouldn’t have imagined 20 years ago.

“Velvet dresses and furs — it’s like Miss America for modern dancers,” she joked.

Chocolate figures in the show for more than the color of some of the dresses. Loewen plans to flood the senses of her patrons. Dancers and audience alike will consume chocolate, and the aroma of melting chocolate will waft through the Milwaukee Rep’s Stiemke Theater during the second half of the Luscious.

“I think I’ll start melting the chocolate during Jade’s piece,” she said.

Fitting. She spoke of Jade Jablonski, the narcotically beautiful soloist whom Loewen has framed so effectively in recent years. Jablonski has made a new solo, Gelsomina Maria, for this occasion.

“This is Jade in her most luscious moment ever,” Loewen said. “She’s in this black velvet strapless dress, with a cape, and those alabaster arms… oh.” 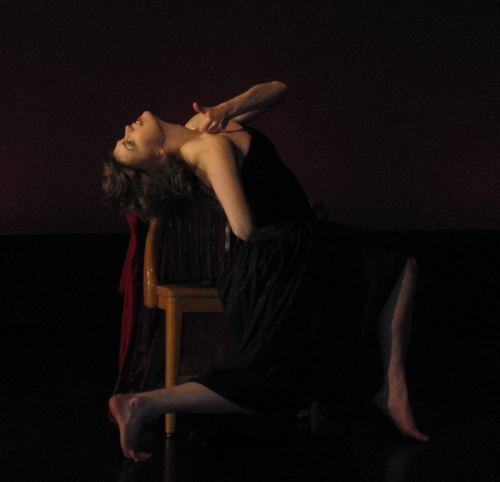 Usually, Loewen creates single works that span an evening. Luscious is like a box of chocolates, with five distinct pieces. Composer-performer Amanda Schoofs and dancer Laura Murphy have collaborated with Loewen on a new work, Layers. Schoofs specializes in extended vocal techniques and will create all manner of them during this piece as she and Murphy move through this semi-improvisatory number. Likewise, Murphy will vocalize as she moves. They work from an instructional text-score that Loewen created for them.

Schoofs and Murphy started with the instructions — most of them just a word or two (“repeat,” “follow”) on a music stand. When that proved impractical, they wrote them on their arms as a rehearsal device. They so pleased Loewen with their twisting and stretching to read them that Loewen will have them write on their arms for the show, thus bringing into play the extravagance of body art.

The odalisque imagery especially figures in Fevered Sleep, for six women. She broke down odalisque poses into an objective code, to achieve a systematic sort of sensuality.

“I want abstraction rather than coy imitation,” she said. “One instruction is ‘shoulder to floor 5.'” She perched on a table to illustrate; the result was a flirtatious twist of the torso — an odalisque cliché, but achieved through impersonal rigor.

The sound collage includes an interview in which an authority claims that the body “produces the same chemical reactions when you eat chocolate as when you fall in love.” It also includes a passionate rap to the glories of chocolate milk.

“It’s light and it’s funny,” Loewen said. “We kind of go over the top a little bit.”

Oh that’s not the half of it. On your way out, you’ll be able to purchase special cans of Wild Space cocoa mix, with pictures of the Luscious Girls of Wild Space on the can.

Concert and Ticket Info: 8 p.m. Thursday through Saturday, March 14-16, Stiemke Theater of the Milwaukee Repertory Theater, 108 E. Wells St.  The premium ticket price of $28 includes a pre-show talk at 7:15 p.m. about the delights of chocolate by Steven Wallace, founder and president of The Omanhene Cocoa Bean Company (chocolate bar included with talk). General admission DOES NOT INCLUDE the pre-show event and is $22 for adults and $16 for students and seniors. For tickets, call the Milwaukee Repertory Theater box office at 414 224-9490.