Pączkis at the National Bakery

By Brian Jacobson - Feb 16th, 2010 02:13 pm
Get a daily rundown of the top stories on Urban Milwaukee
Is there any place in Milwaukee more popular at 7 a.m. on Fat Tuesday? Probably not. While Polish and non-Polish neighbors of the south side National Bakery on 16th Street flock to this little shop for the traditional pączki donuts, we’ve never waited for the prune, raisin or raspberry-filled treats before the Lenten season begins. 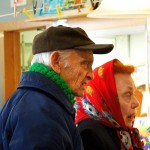 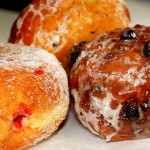 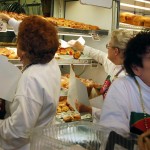 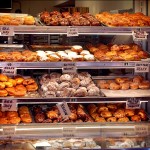 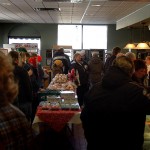 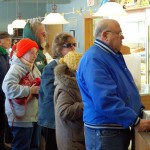 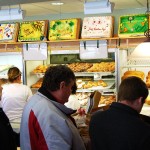 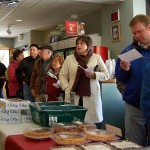 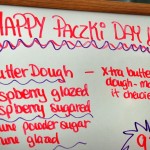 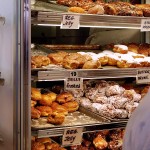 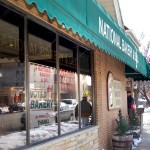 What’s a pączki, you ask? The answer, via Wikipedia: “Traditionally, the reason for making pączki was to use up all the lard, sugar, eggs and fruit in the house, because they were forbidden to be consumed due to Catholic fasting practices during Lent.”

0 thoughts on “Fat Tuesday Special: Pączkis at the National Bakery”