WAUWATOSA – This December, the Wisconsin Department of Transportation (WISDOT) is expected to release its final design for the billion-dollar expansion of I-94 between the Zoo and Marquette Interchanges — despite massive public opposition, the continuing transportation budget crisis, and an ongoing audit of the Department’s State Highway Program. State legislators, local officials and members of the Coalition for More Responsible Transportation on Wednesday pointed to a deeply flawed project design and decision-making process, urging WISDOT to go back to the drawing board and provide more forward-thinking, cost-effective and community-oriented alternatives to the unneeded expansion.

“Moving forward with this billion-dollar expansion would be a huge mistake,” said Peter Skopec, WISPIRG Director. “Wisconsin’s transportation infrastructure is in crisis: Roads are riddled with potholes, bridges are crumbling, and people are cut off from the places they need to go without adequate public transit service. So instead of spending massively to add lanes to I-94, why not invest that money in better maintaining the roads and highways we already have, and in creating a 21st century transportation system that meets real needs?”

WISDOT has proposed to add lanes to a 3.5-mile stretch of I-94, at an expected cost of upwards of $850 million. The state legislature decided to put the proposed expansion of I-94 on hold due to a lack of funding in June, and in October voted with bipartisan support to audit WISDOT’s State Highway Program for potentially faulty project planning and waste. The Department has projected strong increases in traffic along I-94 to justify this highway expansion, but recent traffic trends make these projections unlikely to materialize.

“The I-94 expansion project, as currently designed by WISDOT, is unpopular, unnecessary, and prohibitively expensive,” said State Representative Daniel Riemer, whose Milwaukee district includes a portion of the proposed highway expansion. “People young and old are looking for new ways to walk, bike, and bus their way to work, to shop, and to get around all over our great city. They’re not looking for new ways to jeopardize the future of their state’s fiscal health or to see their tax dollars wasted on unnecessary and unpopular boondoggle freeway projects.”

Hundreds of people and community advocates spoke out against the proposed highway expansion during a public comment period in 2014. Wauwatosa, the City of Milwaukee and Milwaukee County have all passed resolutions urging WISDOT to reconsider its plans and study better, non-expansion options.

“In October 2015, the Wauwatosa Common Council unanimously passed a resolution that opposes expansion of the I-94 East West Corridor,” said Wauwatosa Alderman Jeff Roznowski. “We’ve taken a leadership position among Milwaukee area suburbs in opposition to excessive spending and in support of responsible transportation planning, including transit options. Wauwatosa recognizes the economic impact of having good transportation connectivity options throughout metro Milwaukee, particularly for the 50,000 people who travel everyday from outside Wauwatosa to work in the city. Wauwatosa also values the economic and quality of life benefits of a robust pedestrian and biking network to support its dense, urban neighborhoods and business districts”.

The Coalition for More Responsible Transportation, which includes more than 25 local and statewide groups, from MICAH to the ACLU, Sierra Club, 1000 Friends of Wisconsin and WISPIRG, highlighted the proposed expansion of I-94 as a boondoggle that, if approved, would drive up the state’s debt and divert resources away from much-needed local infrastructure improvements. The Coalition has proposed a “Rehab & Transit” alternative to expanding I-94, which would repair the highway without adding lanes and develop a modern rapid transit network for the region, at significantly lower cost.

“Only a few years back, WISDOT was sued over serious deficiencies in its environmental impact statement for the Zoo Interchange expansion,” added Dennis Grzezinski, J.D., an environmental attorney who has represented environmental and civil rights organizations in federal court cases regarding the Zoo Interchange project in Milwaukee and a proposed expansion of Highway 23 in Fond du Lac and Sheboygan counties. “Given this track record, I would think the Department would be more interested in getting its analysis and decision-making right this time around, rather than rushing to release a final environmental impact statement to further expand I-94. What’s the hurry, especially when it will be many years, if ever, before the agency might have funding to build the proposed project?”

“This is a project the community doesn’t want, Milwaukee doesn’t need, and Wisconsin simply can’t afford,” concluded Peter Skopec, WISPIRG Director. “WISDOT should go back to the drawing board and come up with a more forward-thinking alternative that truly meets the community’s needs, without bankrupting the state.”

The Coalition for More Responsible Transportation (CMRT) is composed of faith-based, public interest, social justice, public health, environmental and transportation advocacy groups, as well as of hundreds of concerned citizens from Milwaukee and beyond. With spending on big-ticket highway expansions skyrocketing statewide at the expense of local infrastructure investments — and increasingly financed by heavy borrowing — CMRT is calling for more responsible, cost-effective transportation spending that better meets local needs. 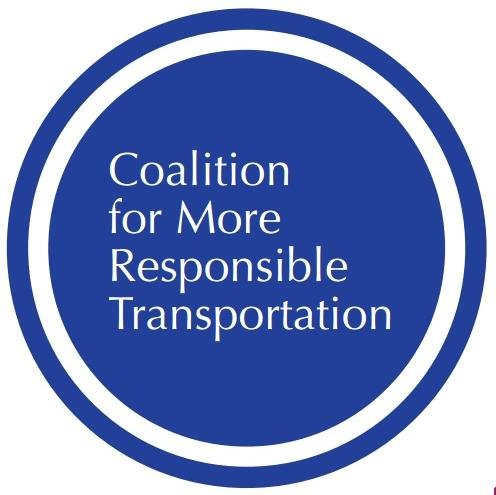 Statement: State transportation budget is most harmful in a decade

Statement: Proposed state transportation budget will unnecessarily expand I-94 and leave transit riders in the dust