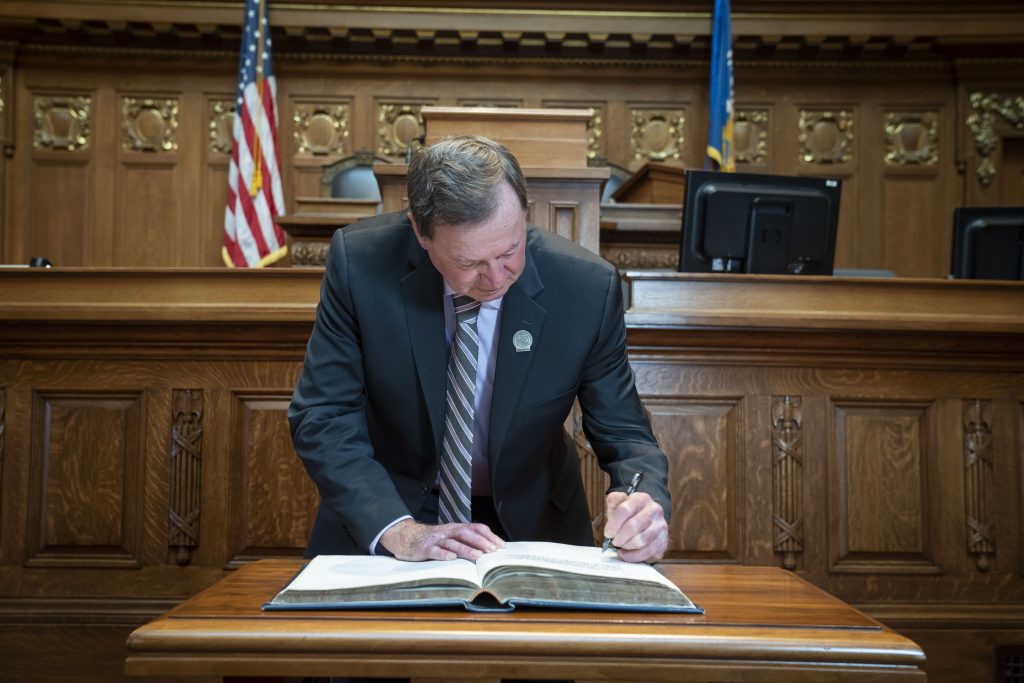 State Rep. Don Vruwink (D-Milton) took the Oath of Office for his third term during an on-line ceremony on December 28 due to prohibitions on large gatherings. On January 5th, he signed the Oath of Office book in the Assembly Chamber. With the start of a new legislative session, Vruwink will continue his work on the following committees: Rural Development, Education, Tourism, and Agriculture. He is the lead Democrat on the Rural Development Committee.

State Rep. Don Vruwink was appointed to serve on four Assembly committees for the 2021 session, continuing his work on those bodies for his third term.

“I am pleased that Assembly Democratic Leader Gordon Hintz appointed me again as ranking member of the Rural Development Committee,” said Vruwink (D-Milton). “We did good work last session in approving a bill to provide incentives for expanding broadband internet service in under-served regions of the state. I want to continue that work in the upcoming session”

Ranking members take a leadership role on committees. Vruwink will also continue his service on the Education Committee, Tourism Committee, and Agriculture Committee.